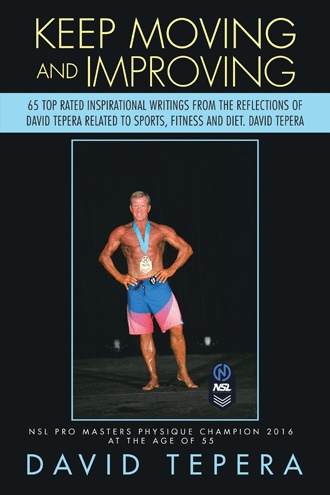 DON'T QUIT WHEN THE BALL ROLLS BETWEEN YOUR LEGS Several years ago, my son Dylan and I were watching a Little League Baseball game. His team was to play the winner on the following day. Well, the game was in the bottom of the ninth inning with two outs and the score tied. The batter hit the ball into right field and the outfielder let the ball roll between his legs. When the outfielder turned to retrieve the ball, he was only half jogging because, in his mind, the game was over because of his mistake. Dylan and I looked at each other in shock because it was obvious the outfielder should have at least given some effort. He not only gave up on himself but on the team and everyone in the stands. Now, I know that’s a harsh statement since he’s only a kid, and it happens to every baseball player. But here’s the lesson in life that I explained to Dylan. Just like in sports, there will be times in life where you’ll let the ball roll between your legs. You’ll want to give up and walk away because it’s easier than sucking it up and fighting your way back in the game. The one thing we can all do — is quit. But, what truly separates winners from losers is the will to never give up. We are not going to win every game. We will have failed relationships, experience the death of a loved one and face unemployment. Believe me, I’ve experienced all three. Yes, I wanted to curl up, give up and hope everything would just fade away. But, I had many long talks with myself in the mirror challenging my character. I had the responsibility of being a single parent, and there’s more at stake than my selfishness. There are many of you currently dealing with these challenging life experiences. Look, take a few deep breathes and allow internal wounds to heal. Take these situations and make it strengthen your life. So come on, don’t half jog, and start sprinting to the ball because you’re going to make the winning throw in this game of life

This book is a collection of David Tepera’s writings that helped change thousands of lives. You will take your life to a new level through sixty-five inspiring short stories that reference sports and fitness. We all deal with tragedy and depression throughout our lives. Plus, sometimes you have no control over what life throws at you, but you have complete control over how you respond. This book will help bring out the warrior in you to go out in this competitive world and take back life. You are an amazing beautiful person, and you deserve the life you want. Today your journey has started because you’ve tucked the ball away and sprinted to the end zone and scored the winning touchdown on life.

David Tepera is an NSpire Sports League Pro-Masters Physique and Beach champion. He is a columnist for The Galveston County News newspaper and Life is Good magazine. David’s career includes 5 Texas State high school football championships as an assistant coach, District soccer coach of the year, martial arts competitor, triathlete and personal trainer. David has also helped thousands of people through his teachings and inspirational writings.