I am Avatar ∞ You are Avatar 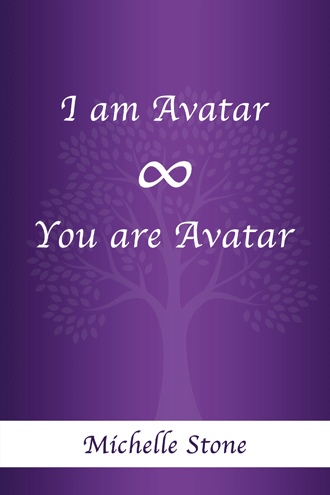 And thus, many silently desired the spiritual existence or the peak experience. As they hid their inner landscape from themselves and another, their varied inner worlds held one unified desire; they collectively desired to be truly seen and truly known. They desired to connect with themselves and another. They wanted to understand within and around. They wanted to truly know that there was more than their limited human experiencing. They wanted to be spiritual beings. They searched and searched and yet the spiritual remained slightly obscure. Whilst they knew, they did not truly know, for if they were as powerful as contended then the humble human was as much to be revered as feared. And thus, in their silent desire they were connected and their collective call was so fervent and unrelenting that the Divine answered in a way that both assured and challenged them... Eons ago, in the year that was, a bright light appeared steadfast in the sky. It sat between the moon and stars and beside the sun. It remained there for many a day and night. The multitudes gathered to curiously observe the bright light. Unfortunately, their curiosity became frustrated unknowingness. ‘Twas as if the initially termed ‘miracle’ was becoming ordinary…many still desired to see and know more. The sceptics departed and the firm believers remained. The seekers were overcome with confirmation and affirmation of their faith. Their investment and reverence in the unknown was duly rewarded as on the thirty third day a being emerged from the light. He looked exactly like them only he emanated a bright light. He was in their world but not of their world. He bore the name Avatar. It is said that he told them all they would need to know and if they truly listened they would truly understand. He argued that Truth deemed no elaborations or embellishments and thus he was brief and concise in his teachings. The rule of communication was simple; listen from your soul. Their reward for listening would render them forever changed and thus whilst they feared him, they also desired his presence. Fortunately, one soul as if inspired documented the teachings of the Avatar. The delicate manuscript survived the intermittent centuries and was uncovered in an unlikely place. The pages forth are the reproduction of this manuscript. No amendments have been made and thus the manuscript remains in its truest and purest form. The mass reproduction of this manuscript honours both the known and the unknown and is done so in the belief that as many silently desired the spiritual before, many silently desire the spiritual now and as the Divine answered this call eons ago, the Divine has answered this call again today in the pages set forth. The manuscript presented in the pages ahead is an exact replication of the inspired scribe’s manuscript of the teachings of the Avatar. His name was not found on the manuscript. Perhaps it was destined to be so, that he would be unknown in his name and only revealed in his legacy: this manuscript. The decision to replicate this manuscript was to honour his action then, and as he shared before, he shares again. Perhaps it was a moment of defined destiny that his hidden manuscript would be revealed again today. Thus, the words in this book commence belonging to no-one and accordingly you are afforded the opportunity to make them yours. You found this book or perhaps this book found you. The words of this book can belong to you, for as you read them, they will touch the essence of your being and meet the stirrings of your soul. You will be forever transformed as you allow this book to move you.

I am Avatar ∞ You are Avatar is the incomparable diamond of contemporary spiritual wisdom and practice. Eons ago, a scribe recorded the spiritual teachings of Avatar. Now, author Michelle Stone reproduces these teachings in their truest and purest forms and offers spiritual understanding and wisdom to every reader. Michelle’s writings are truly authentic and divinely inspired. She writes from the soul to the soul, committed to the spiritual development of all. Within these pages, discover enlightenment via intimate conversations with the divine. Insights on joy will linger in the mind like the scent of roses. Take a golden journey into realms of wisdom, truth, and pure love. There is transformative potential in this book as the qualms of life are overtaken by the serene and meditative. Michelle believes in the transformative potential of teaching and learning. Nonetheless, she would argue that it is her life experience and lessons gleaned that most compel and inspire her writing. She believes in the inherent power, potential, and purpose of each individual, so long as we learn to live authentic lives of divine guidance.

Michelle Stone has worked extensively in primary education. More recently, she has established herself as a practitioner and lecturer in the fields of counseling and psychotherapy. She holds a number of qualifications related to the professional domains of both education and psychotherapy.