It’s Okay to Feel Crazy Trying to Have a Baby 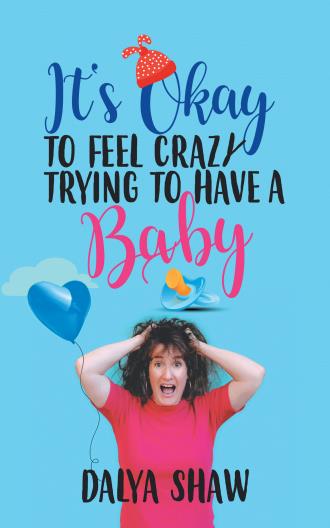 Well, today is day 21. That probably won’t mean much ten years from now, but today it’s significant. Well, I should say yesterday was significant. I started taking the first of two IVF related drugs. This one is a sniffing drug called Synarel. It’s taken like those cold and flu nose decongestant sniffing things and for someone who thinks it’s totally unnatural to stick some plastic thing up her nose and sniff at the same time, it’s not a pleasant experience. I suppose the whole thing takes about two seconds and I’m sure that this is the very easy part.

So, Scott and I have been trying to have a baby since about April 1999. This is four months before we got married. I went off the pill then and we figured if worst came to worst and I fell pregnant straight away then I’d only just be showing at the wedding and the full dress would cover any little giveaways. Boy, we didn’t know what we were in for. We acted like typical newlyweds on the honeymoon. By the time we got back to Sydney in October and then moved to Brisbane a week later, and still weren’t pregnant we both knew something was not quite right.

I guess it all came to a head when Maria, one of our closest friends, told us she was pregnant, and I reacted pretty badly. I burst into tears and felt terrible at reacting like that to her wonderful news. I think I made her feel bad too, but this became the beginning of a beautiful friendship. Her baby boy was born on 11th August 2000, and she was just smitten with him.

So, I’d mentioned that we’d been trying to fall pregnant to a girl at work, and she suggested we see her doctor, in the city. We did this, and it turns out Scott has a low sperm count and what he does have isn’t too motile. The news was devastating. We were both shattered. It took a while to come to terms with the whole situation, but we did. We started concentrating on what we could do about it.

We started with AIH, (Artificial Insemination by Husband). It required me taking a drug in tablet form called Clomid, which enabled me to produce more than the usual one egg each month. Scott had to give a sperm sample each month and this was “washed” and inseminated into me. We tried this for about four or five months in a row and then gave up. By this time, we weren’t even having sex for fun anymore, and I guess this was the beginning of us losing our chemistry. We both got so focused on what we were trying to achieve that we forgot to have fun and remember just how awesome sex could be when having it for no reason.

Anyway, we upgraded our health insurance to cover IVF and it kicked in on 30th December, 2000. Just in time for the New Year. Now it’s all beginning.

I’d always wanted to keep a diary of my pregnancy but didn’t ever think it would be starting off like this and would all be done via a test tube. Actually, that doesn’t really bother either of us. We both desperately want a baby (or two), and we’ll do anything to have one. The only thing I know for sure is that a lot of time, effort and love has gone into this exercise and this baby is what we want more than anything else in the world.

They say when you play with hormones you can feel like you have more than one personality. I saw the first glimpse of Dalya 2 last night when I was completely exhausted and half asleep on the couch by 8:30pm!!! I didn't have a busy day, and I didn't get up particularly early. In fact, I didn't do much of anything, but all of a sudden, I was absolutely stuffed. I woke up this morning feeling not too bad, but by the time I got to work and went to my designated work area, at about 6am, I was in a bitch of a mood and on the verge of tears. I stopped walking for a second and thought as my eyes welled up, “What the hell is wrong with me? It's not that bad. So, I hate work, I hate my job, and I have not made as many friends as I'd like to have, did I already mention I hate my job? I think I might hate Brisbane, but my life is really pretty good otherwise. Why the hell am I in such a vile mood?” I snapped at the first couple of stupid customers I encountered and thought after about ten minutes how on earth am I going to get through the day. After a short while, I guess I got sidetracked and forgot about how shitty I'd been, so it was a pretty good day after that. I didn't feel much like socialising though, so I spent a lot of the day sitting by myself by choice. I got plenty of breaks and don't feel too bad tonight. I just looked at the clock. How can I say tonight, it's only 6pm!

THE RIDE IS ABOUT TO COMMENCE!!!!!!!!!!!!!!!!!!!!!
Today I got my period! How funny is that?! You must think I'm out of my mind. I haven't been this happy in ages! Probably Dalya 3 is kicking in with an extremely excited character. I suppose Dalya 2 is the shitty one; why not have Dalya 3 be the happy one? Anyway, I just had to write this down to truly show how happy I was about half an hour ago in the toilet! I got straight on the phone to the doctor’s office and the ball is now rolling. I'm so excited I've got butterflies in my stomach.

It's Okay to Feel Crazy Trying to Have a Baby is a real and raw diary account of a very special journey. It will take you through the highest of highs and lowest of lows, up and down the emotional and physical roller coaster felt by so many couples and singles trying to fall pregnant. It is the actual account of a determined and head strong, if not a little emotional woman, who takes you through her excitement and readiness to start a family, to her obsession that spans eight years.

This book is one of a kind and you will be hard pushed to find another one on the market as real and raw as this.

It will make you laugh and make you cry, give you strength and inspire you, give you hope and give you comfort knowing you are not alone in how you feel. Above all, it's OKAY to feel a little crazy when you embark on your IVF journey...

Born in the UK and living most of her life in Australia, author Dalya Shaw is passionate about life and love. People who meet her are greeted by her warm and infectious bubbly personality.

She is no stranger to traumatic endings but also considers herself blessed with wonderful beginnings. Ever since she can remember, she had dreamed about having a wonderful and beautiful family with three or four children of her own.

In It's Okay to Feel Crazy Trying to Have a Baby, Dalya documents her journey of trying to create that special family. As she narrates the story of her invitro fertilization treatment in a diary beginning in 2001, she takes you through the exhilarating highs and devastating lows of her treatment.

Spanning eight years this memoir gives insight into both the physical and emotional effects of trying to become pregnant.

Real and raw, It's Okay to Feel Crazy Trying to Have a Baby reinforces Dalya's determination to become a great mother. Her story serves to inspire others and it offers hope and encouragement to those facing similar challenges.