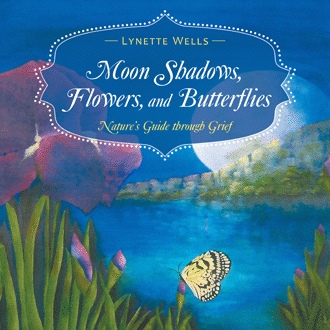 How often are we happy and comfortable with the life we have created for ourselves, to have it unexpectedly turned upside down when we least expect. My life changed when a small lump on my husband Brian’s face began to look different in both size and shape. This was the trigger to an unpredictable journey over many years. As this was a tiny lump we were hopeful we would avoid a serious outcome. Brian very reluctantly made an appointment, the doctors surgery not one of his favorite places to visit. I anxiously waited for his return, because I had already known the diagnosis would be what we were both quietly hoping it would not be. He arrived home to tell me the consult did not go well, he had been diagnosed with a common skin cancer, surgery was needed to remove the lump and no further treatment should be necessary. Surgery was required twice before Brian was given the all clear. He went back to work but had to adhere to strict instructions about the precautions he must take if he was spending time in the sun. Life slowly becoming normal as we settled back into the routine that was ours as we allowed ourselves to put the experience with skin cancer to the back of our minds. Life was good, we were achieving our dream of living on a small farm, and slowly learning the process of becoming self-sufficient and managing our growing menagerie of animals. Unknown to us our routine was about to suddenly be thrown into chaos! Brian went for the usual routine check-up almost three years after his first surgery. A small lump was found in his right cheek, another very small cancerous lump. This time the cancer had presented differently, it was now a more serious type of cancer but still able to be removed with good results usually achieved. Arrangements were quickly put in place, to our surprise Brian was scheduled to have the lump removed at the specialist’s rooms. I was feeling uneasy about the procedure, but Brian was quite hopeful the outcome would be as it had been for the first round of surgery, and we would be going about life as usual, we didn’t believe there was any reason to be concerned. Brian had a biopsy taken when he went back for a check-up, we were completely wrong by assuming the results would be no different to the first time, there were still cancer cells around the edge of the deep hole now in Brian’s cheek. The specialist scheduled another surgery date to remove the cancer cells still present. A second biopsy performed a week later revealed they were unsuccessful in removing all the rogue cells. Brian had a large deep hole in his right cheek, we were unsure of the next step to be taken as we waited for a call from the doctor. Finding the right solution to Brian’s very unusual situation was not easy. We realised things were getting much more serious now, when a team of surgeons were assigned to Brian’s case. Several weeks passed before an appointment was made to consult with the team of doctors about Brian’s prognosis and to discuss with them the options available to him. We were about to follow a different direction, hoping to find a reasonably easy solution to his situation. There we were sitting at a large table surrounded by six surgeons all putting their thoughts and ideas up for discussion. I felt overwhelmed, and fearful at the thought of what was going to be decided. Major surgery was the only option! a decision was made to reconstruct the right side of his face to halt the spreading cancer. This surgery had never been performed before but the doctors were optimistic and confident about the outcome. The reason the doctors decided on such a radical approach was because of Brian’s age, if he had been older nothing would have been attempted. Brian was a healthy forty eight year old, I was terrified, but usual he was peaceful and calm. The team of doctors were amazing! Brian came through the surgery much better than expected, weeks of appointments followed, before he had to endure six weeks of radio therapy to once again try and stop the spread of cancer. The doctors were confident surgery and treatment had been successful in halting the spread of the cancer. Progress appointments were put in place, everyone was hopeful about the outcome.

I n 2006, author Lynette Wells lost her husband of twenty years and her mother in a span of six weeks. She was overcome with grief and couldn’t understand her intense unfamiliar emotions. In Moon Shadows, Flowers, and Butterflies, she tells how a creative process helped her make sense of her situation. She shares her story of how she journeyed through her grief, including the images and stories inspired and revealed to her through the beauty and strength of nature.

Wells narrates how she could not find the words to express the intense emotion she carried every waking moment, and then she decided to try painting, one of her favorite pastimes. She randomly chose colors and watched them flow effortlessly across the canvas, shapes turning into images to give her a visual view of the emotion felt at that moment. Once the picture evolved, words were revealed, and she slowly began to understand what seemed like a tangled knot buried deep within.

Moon Shadows, Flowers, and Butterflies discusses how her sadness gradually transformed to moments of happiness as she reflected on memories and stories of loved ones. It offers hope that the creative process might guide others who are journeying on the grief path to find peace and happiness.

LYNETTE WELLS lost her husband and her mother in a span of six weeks. She tells how she used her painting to guide her on her grief journey. She currently lives on Hindmarsh Island, on the south coast of South Australia.