An Almanac of Natural Living 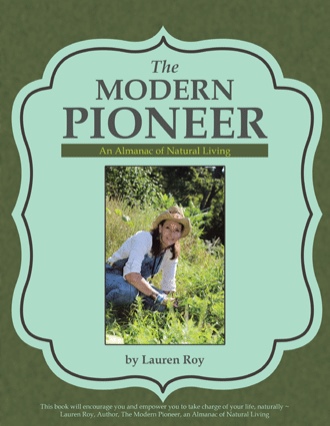 Before environmental issues were all the rage, I was greatly effected by the night of the Native Person’s lone tear in the famous commercial about littering. I was equally effected by the environmental and capitalist message delivered by my Hippie brethren, you know the one…Earth was good, capitalism is….. (well, this IS a family book after all). However, I believe the greatest influence on me as far as being aware of wasted and the slothfulness of our race (the human one) was my father. I think he laid the foundation for my desire to “get back to nature” with two acts. The first being that we were regular patrons of Old Sturbridge Village, a living omuseum of 19th century life. I still am a member and I as well as my children can say that they were members since before they were born. Through the village my father would extol the virtues of hard work while depreciating how nothing was made to last these days. The second act was what we sometimes lovingsly referred to in our family as my father’s “Eule Gibbons period”. While this phase influence me greatly, I’ve got to tell you that it’s pretty eembarrassing to forage in your neighbors yard for acorns and it’s very difficult to explain why you need bags and bags of the things. Yet, bring them we did, paper sacks full of them and my father would dry them out, grind them up and make muffins. Thus a legacy was born. And he said no one ever listened to him! While he is no longer able to explain how to use them he has passed that knowledge o to me and I am passing it along to you. You will see the step by step processing of acorns further along in this book. Hop ahead 25 or so years, I am seeing child after child diagnosed with learning disablities (mine included). Watching the numbers of people diagnosed with cancer (me included), MS and mysterious ailments such as Fibromyalgia (me included) grow with alarming voracity and leaving me wondering why. It wasn’t until my son was “diagnosed” with ADHD that things started coming in to pace for me. I was told I could put him on Ritalin (you know, on holidays, and weekends, when I didn’t want him “too excited”) that I decided I was taking control, I researched the “alternative” methods, you know, kooky ideas like nutrition, exercise, allowing him to express himself. It was through this research that I found (one) of my meesis” RED DYE #40! The more I learned about the effect of food additives on a person’s health and how good nutrition had a positive effect on a person’s body, mental emotional and physical well being I understood food was more than food, it could be medicinal as well. I also understood the role of chemicals and preservatives in ill health. I understood it’s actually very simple.

Starting with my father’s tutelage as a child, I’ve learned the many uses of plants that grow right outside our door. It was also at this age that I was taught to respect the old ways as being those we can count on as well as our own hard work and perseverance. As a mother, I took my role as caretaker of my family very seriously and that meant feeding them and caring for their health in the best way possible. I sought the natural remedies for their and my own health. Being chronically ill and not finding any relief from the consequences of my chronic illnesses and cancer through conventional medicine, I learned the many ways God’s world can nurture, cure, and help us thrive. Owning a farm gave me more opportunities to hone these skills and fulfilled my desire to share them with my otherworldly community members.

Lauren Roy is a Christian, mother, farmer, author, and teacher of natural living.