Let Us Dream of Turtles 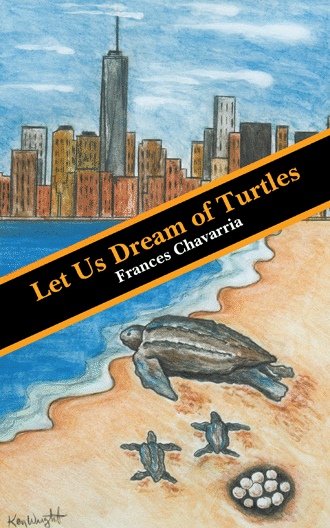 Through this love story of two people from very different cultures, Frances Chavarria takes the reader on an engrossing journey of the contrasting lives of a rich, Manhattan socialite and a humble Costa Rican environmental attorney. Her unique perspective of both cosmopolitan Manhattan and tropical Costa Rica will captivate readers as she weaves a story of the struggle between a greedy developer and a community trying to protect its vital resources and culture.

Born in Manhattan in New York city, Frances Chavarria lived in Costa Rica for 35 years, having moved there with her husband, a linguist, in 1962. During that time, she had the opportunity to experience the unique environment for which Costa Rica is famous. She saw first-hand the pride Costa Ricans felt for the natural beauty of their country and the efforts they made to protect their beaches, soaring mountains, and the many rivers that criss-cross the country from the Atlantic to the Pacific oceans. At 90 years young, Chavarria says she hopes her book will raise awareness and consciousness of the continued need to protect lush, tropical Costa Rica for generations to come.