Awakened by My Angels 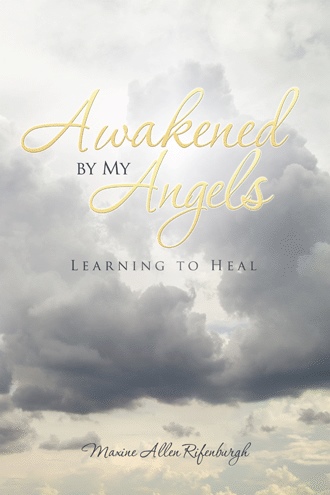 Thankful is for me the poem that is hauntingly real every time I read it. I do not know how to express the shame one has after being hit, slammed into walls and choked. There are no words to describe this shame. But I hope this one poem explains that despair felt. And how I had to harden my heart against my husband. I still have people ask me why I left my children with him. I really did not have a choice. I had to leave, so I could save them. Thankful She sits is in wonder in the night Thankful that she has survived Tears of shame across her face That by morn there be will no trace No trace of the anger she has endured And as dawn breaks her bruises ache But not a sound will she make She’ll keep them hidden until they heal And make her heart a brick of steel Cool grey cold is how it feels All her senses have shut down Even when her tears cascade down There is no laughter in her eyes Only the bleakness that his fists have solidified She knows her days are numbered now Limited days until she escapes It is the only choice for her to make She leaves her family with a prayer A prayer to keep them safe from his anger there

This book is based upon poetry written as the words flowed through my head that I immediately knew I had to write down. Some of the poems are heartbreakingly written from my perspective of being hit and called names that broke my heart and soul during my marriage. Other poems are written from hearing my angels as I wrote down the poems and still others from my dreams at night with the message I gained from the dreams. I reconnected with God and my angels over this period. We are not left when family members pass away. They are still with us. I hope in writing my story, I give hope to those who need it, inspire others to reach out to those in need, and bring strength to survivors of domestic violence.

Maxine survived twenty-four years of domestic violence. She started to write poetry that just came to her as she went through her daily routine at work and at home. Along with poetry, she started to have dreams that always showed her a path that she was traveling on. And the things she called intuition for many years, she reconnected back to her early childhood and what she privately called angels. Her story of survival and reconnecting to her angels inspired her to share her story with others. Her deep belief in God and her angels helped her heal over a twelve-year period.