From Lost to Found

Finding Peace in the Midst of Chaos 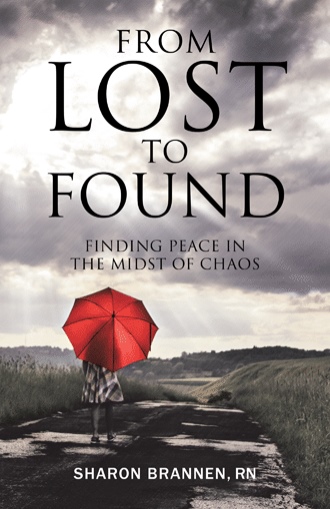 My mother was a princess because her father was the King of Kings! Somehow she always knew she was a princess. But it wasn’t until she began to experience the debilitating effects of ALS and was forced to be still that she was truly able to know her Father and know that He was God. And in coming to know Him, she came to know peace. And when was I finally still enough to know? It wasn’t during my Catholic-school upbringing as it could have been. I learned of God there, but I did not come to know Him there. What I did come to know there was an overwhelming fear of Him. In fact, by the time I was introduced to AA (Alcoholics Anonymous) at age thirty-four, I thought I was going to hell. I was certain that I had broken all of the Ten Commandments except for maybe “thou shalt not kill.” And it was even possible that I had broken that one in a blackout. I had felt lost for most of my life, and therefore, had lived a life of chaos and uncertainty. My quest for peace began sometime in my midthirties, when I decided to get sober, but it wasn’t until years later that I would truly find that peace. Unbeknownst to me, there was something blocking my progress—something I thought had been resolved within myself many years earlier. It was only through the death of my mother that I was finally able to move forward and find freedom from the self-sabotage that had kept me stuck for so long. This is the story of my journey from lost to found, my quest for peace. It is a journey that would take me deep into the darkest corner of my soul and back. A journey that, unknowingly, would lead me to God. My hope is that it provides you with an understanding of what it truly means to be still. And that in being still, you find peace. Safe travels and may God bless you along your journey as I know he will continue to bless me along mine.

Sharon Brannen was born in St Louis, Missouri and moved to Texas with her family at the age of 13. She has resided in the Houston metropolitan area ever since. Sharon was a Licensed Chemical Dependency Counselor for 15 years before going back to school in 2009 to attain her Associates Degree in Nursing. She graduated from nursing school in 2012, and in 2013, began her second career as a Hospice Nurse - what she considers to be her true calling. Following the death of her mother in 2016, Sharon was inspired to write her memoir. After many years of struggling in her own life, she has come to believe that peace is attainable by all. Her goal in telling her story is to inspire others in search of something more to find their inner truth, and in doing so, find Peace.