A Guide to Transforming Your Life Through Your Authentic Purpose 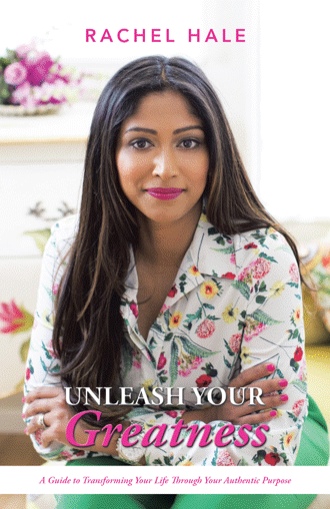 Chapter 1 Revenge of the Underachiever "You'll never amount to anything". The teacher announced from one end of the classroom. The silence that followed seemed deafening to my ears. I was standing up, amidst a sea of heads, and about 50 pairs of eyes burning holes through my skin. My hand was still stinging from the corporal punishment meted out to me by the classroom ruler, that dreaded dispenser of justice, a minute or so ago. I hadn't done my homework to the teacher's satisfaction. I think I was supposed to cut out pictures of vegetables and paste it on a cardboard, but as far as I can remember I didn't have enough vegetables to show. I was 8 years old. It makes me deviously happy now, to think how my teacher got it all wrong. But at the time, she certainly made it clear that I was an unpromising child, not bound for great things in life. After my initial public humiliation, I decided that I WAS going to amount to SOMETHING. Partly because I wanted it, partly because I wanted to prove her wrong and mostly because I was far more ambitious than my teacher could have ever imagined despite my shortcomings. See...I've always felt it on the inside. Not in a cocky, or arrogant sort of way, but in a way that helped me look beyond the multitude of random people, dotted throughout my life, who had the audacity to tell me how my life should be, what I should say and how I should act. I've felt greatness. I've felt that I was born for greatness. It was a feeling that came from deep within that felt as if I could trust my life with it. I knew. I somehow also knew from a young age, though I can’t say I fully understood it back then, that greatness needed expression, and without expression, it would wither, it would retreat to a dark corner of your soul, and it would not see the light of day for years to come. Greatness needs nurture to come into being, and doing what makes your heart sing and feel alive with freedom has a lot to do with the “How To” part of unleashing greatness. As far as I can look back into my childhood, I remember being able to sing from about when I was 3.5 years old. If I heard something on the radio, I did a pretty good job of memorising it and singing it, or rather humming it, on pitch and with gusto, according to my Mum. I don't ever remember LOVING singing. I have to borrow a quote from To Kill A Mockingbird, here to explain. "One does not love breathing". It was so natural, I didn't think about it, it flowed right through me like breathing. It didn't take effort, it felt like it was the most natural thing I could do. I didn’t realise how much I loved it until later on when I hit a dreaded writer’s block and entered into a soul famine that sucked the creativity and happiness from my life. Anyway getting back to the story at hand, I grew up to be a quiet, yet observant and a curious child, who did more singing, dancing, acting and any other form of expression which felt completely natural to me. It wasn't a part of me. It was ME. It took me a while to figure out but it was my way of expressing the greatness within. To sing, to dance, to act, without a care in the world. Unashamed and unbound self-expression. Without any need to re-think, manipulate, follow a strategy, build a business or a career plan around. I've always felt that everyone has greatness within them but unless you grew up in a home where you were 100% nurtured and allowed to be who you are, we all eventually learn to forget and let go of our greatness as we grow old. It’s like we come into this world as perfection itself and slowly through nature and nurture, teach ourselves to move away from our own inherent greatness. Ironically we also get caught up in a lifetime habit of perfectionism trying to FIX the part that we feel is broken so we can get back to being whole. All of a sudden, acknowledging your greatness in any shape or form, becomes a faux pas, and the adults admonish us with "Don't show off, be polite, let others have a go, don't say it like that, you're not special" and so the list continues. So you start off with perfect confidence, and before you’re a toddler most of that is whittled away from you. This process continues and creates such a confusing vortex of disconnection within that the angst that it creates by the time we hit our confusing teenage years can be life-altering to say the least. Some of us barely made it out alive from that period. See, as a child, Greatness used to feel natural to me. And then I made the mistake of growing up. Basically I decided that I was no longer that great. Why? Well...all sorts of reasons really. People told me I wasn’t that great. Refer to my teacher episode at the start. (and it only increased from there) I found out that what I did was never quite good enough. (Cue, confidence being eroded away by an onslaught of other people’s opinions) I was just alright, nothing that impressed the average observer, in fact it took a few greatly perceptive people to realise the gifts, the compassion, the sensitivity and love I carried within.

Unleash Your Greatness is the ultimate guide to transforming your life through your authentic purpose. Rachel Hale takes you through her own journey of discovery, loss and rediscovery of Greatness and the path that we must all journey on with the realisation that what we have always felt in our hearts is real. That Greatness has always been with us and has tried in many ways to surface through our lives through our desires, gifts, messages and even through our darkest moments. Unleash Your Greatness is a story of courage, hope and empowerment for anyone looking to discover their purpose and give full expression to their authentic calling in life.

Rachel Hale is an Author, Speaker and a Master Coach. She has worked with hundreds of women over the years on areas of self-empowerment, image confidence, creativity, self-love and leadership. Currently she works with coaches, creatives, entrepreneurs, and women from across the globe to discover their purpose, share their message and unleash greatness through their unique calling in life.