Having It All by Not Doing It All 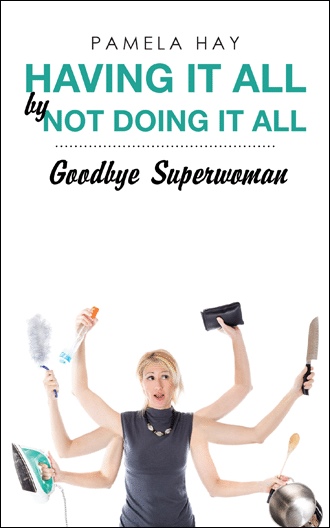 A notion developed at some point during the last 30 years that women could have and do it all. The gender equality movement was gathering steam and western societies were making greater efforts to draw women into more significant jobs in the business world. Women were being offered the opportunity to break out of the stereotypical role of housewife, or part-time employee and find expression in professional fields. Their increased access to higher education was instrumental in this. After all, what woman didn’t want to get the same opportunities as men? For generations, females had watched their brothers and husbands get out there in the workplace and manage a full-time, challenging and rewarding career. The men brought home the paychecks, commanded the power and autonomy, honed their professional skills and talents, achieved recognition and praise, won promotions, built stimulating social networks, enjoyed on-the-job perks like free meals, company cars, company travel, company entertainment, made significant social impacts, and developed a large part of their self-esteem based on their work. Once women began to earn the same university degrees and equivalent credentials to men, why not get the same jobs and have the same rewards? As women entered the workplace and worked their way up the ladder to becoming equals with men, the real juggling act began. Women thought that they could put in the same hard day of work as their male counterparts and somehow fit everything else into their lives too, confident that society would recognize the imbalances and make the necessary social adjustments to allow them to manage the balancing act. They learned how to navigate their way at work, clinch business deals, write policy, make laws, become subject matter experts, perform technical operations and plan major events. After this kind of stimulating but hard day at work, women would then scoot out of the office place and start the second shift. They would race home to the kids, or first to the daycare centre to pick them up, then begin a marathon to prepare after-school snacks, feed and walk the dog, cook dinner, wash up, help the kids with their homework, drive the kids to Brownies or music lessons or hockey practise, try to make up for the long day apart with evening quality time and listen to their schoolyard troubles, patch up scraped knees, throw dirty clothes in the laundry, get the kids ready for bed, read them a bedtime story, tuck them into bed, tidy up, and then sit back for 15 minutes and try to be a charming, relaxed wife for their husbands. But there aren’t 30 hours in a day. Ladies, we would do that marathon day after day, and think we could sustain our superwoman efforts because we really wanted to prove we could make it in a man’s world. We thought the load would get lighter for us, but the days stretched into years and we were wearing out. It didn’t happen quite like we thought it would. There was talk of emancipation. It didn’t quite happen. Why not? Part of the career woman theory was that as women were finding their way in a man’s professional world, men would find their way in the home. Men would naturally begin to do more housework and childcare, thereby sharing and reducing the woman’s traditional household work load. Equality would have been achieved. Guess what? That didn’t happen. Not anywhere in the world. In the West, as well as in a number of developing countries, most women entered the workforce decades ago, are already considered equals according to the law, and are holding down a full-time job. Societies have progressed and it has become the norm for a woman to have not only a job, but a lifetime career. Despite this, women still shoulder most of the responsibilities at home. Women are still doing most of the housework. This is the phenomenon which has become known as the second shift. Women are still handling the lion’s share of the housework, the care-giving for children, and the care-giving for elderly parents - in some cases also for extended family members, including the in-laws. The hoped-for redistribution of workload has hardly happened. And yet, women know that the ball simply can’t drop, so women effectively find themselves with 2 jobs. Women want to take care of all their charges and do what they can to keep everybody happy. Quite the opposite of “having it all”, the Director of Family Values@Work, Ellen Bravo argues that this generation of women is concerned about “losing it all”, including their jobs, their children's health, and their family’s financial stability, due to the regular conflicts that arise between being a good employee and a responsible parent. Beyond those losses, women’s own health and well-being are at great risk under these circumstances. This also powerfully impacts their children’s progress and well-being. To boot, a woman’s marriage is often one of the casualties of her being so over-burdened. Women have learned how to Lean In. Have they learned how to Lean Back? The effort to be superwoman is burning them out. There are better ways to lessen the load and stress, and to re-organize their lives. Once women take stock and find a new balance, they will be able to have more fun, joy, fulfillment and better health and wellbeing.

Being a woman today means a thirty-year rollercoaster ride. Professional women have been trying for decades to do it all at home and in the workplace, while still receiving less domestic support from their husbands than needed. The competing obligations and second-shifting leaves women with too little time and space for nurturing their own needs and exacts a heavy price on their wellbeing over time. Women have learned how to lean in. Have they learned how to lean back? The effort to be superwoman is burning them out. There are better ways to lessen the load and stress. This book draws attention to the second-shift phenomenon and offers women better life strategies that can bring more joy, energy, fulfillment, and fun into their lives.

Pamela Hay is a career diplomat, linguist, and world traveler who has spent decades interacting with women across different cultures and continents, observing the similarities in their lives, particularly with respect to managing the balancing act. She has taken her family on diplomatic postings within Asia and Europe and has recently returned to Canada.