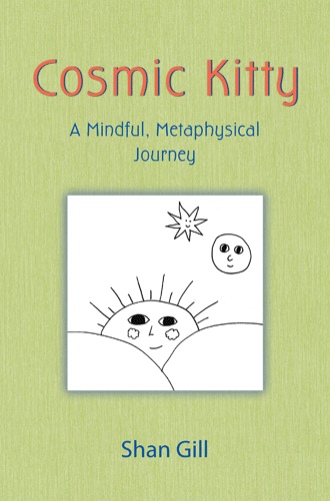 Chapter 1 – Welcome to Joy-Ville It was a gray, overcast morning in Joy-Ville, and no one could figure out why. Sunny was hiding behind the clouds, an unusual place for him. Normally he would come out first thing every morning to wish his neighbors “hello”. The residents of Joy-Ville were curious about his absence, but they were not concerned. You see, worry does not exist in Joy-Ville, not really. Certainly if someone went missing or something happened that required action, the neighbors would jump in to help and figure out what could be done. But concern about the future was not a big priority when there was so much joy to each day. Joy-Ville was a beautiful place. Filled with green rolling hills, with flowers and trees everywhere, the colors are vibrant, almost like a cartoon in their clarity and brilliance. The vibration is high and the air is very clean and nourishing to breathe. A good day in Joy-Ville just makes you feel, well, joyful and also content; you can’t help it. The energy is very positive, and things are calm, harmonious and peaceful. Life is good. The beings that live in Joy-Ville are doing what they love, following their life purpose, working as needed in jobs that provide great satisfaction, and they generally have an easy and fulfilling way of life. They have very long lives, with few medical issues, and spend a lot of time in meditation and communication with their Creator and with each other. They learn from each other and especially from those who are much older and wiser. The beings in this land work and live in harmony with nature. In fact, they even communicate with the flowers and trees as part of their daily life. It’s a wonderful way to live. However, the people of Joy-Ville liked routine and knowing what happens next. They enjoyed going about their long, easy, peaceful lives with no surprises and few changes. Since their lives included talking to the sun and moon, that included saying “hello” to Sunny before going about their morning activities. So, an absent “hello” from the sun did feel slightly awkward to most of the residents. Except one. She was not bothered by the overcast sky. She didn’t mind changing up things to make life a bit different. Her name was Cosmic Kitty. Cosmic Kitty (CK to her friends) was a very special being, with more curiosity and sense of adventure than most of her friends and neighbors. This lovely girl had sparkling green eyes, mops of curly bright red hair and pink freckles on her pale face. She was like any other young girl, playful and full of life. However, she had a few unusual characteristics as well. For example, her head was shaped like a heart (to match her inner spirit) and she also had short black whiskers that protruded out from her round black button nose. Cosmic Kitty stood on two legs, like a typical person. She had two arms, two hands, a torso, a neck and all the normal parts that come with walking upright and talking and living in a “human” world. Except for her heart-shaped head and whiskers, she would look pretty normal - in a typical “humanoid” way. What was different about Cosmic Kitty was her energy. You could see it. Her blue and green and gold aura* surrounded her. You could literally see the parts of her that were more than her physical body. Most of us don’t see this aura. But Cosmic Kitty’s aura was clear and bright for all to see! This was normal where she lived, as everything had an energy field that could be seen by others. Her family, her friends, the trees, mountains, other animals – everything. The color and quality of the aura was just part of what everyone saw of each other in Joy-Ville. It was just as normal as looking at someone’s teeth or noticing the color of their eyes. When someone described another in her world, it usually included a description of the energy color that surrounded them. So Cosmic Kitty (CK) would be described as the girl with red hair, green eyes, a heart-shaped head, whiskers and a blue and green aura. It was just the usual thing to do. Image - CK 1 Cosmic Kitty’s friends, Sunny and Moon Man, visited her every day without fail (except this morning when Sunny had yet to come out). Her best friends, Doggie and Birdy, would sometimes join her for games, meditation or times of learning. They would gather together, and sitting at the feet of Mr. Tortoise, one of the oldest and wisest of beings, they would be amazed and awestruck as he spoke of far-off places and tales of times very long ago when their ancestors walked the land. The young pupils would listen intently, absorbed in every word, as Mr. Tortoise spoke of times when the energy in their land was not so positive, people did not always get along and they actually had something called “violence”! The young souls had a hard time imagining people arguing, much less hurting each other! They didn’t understand where that kind of behavior might come from and why it seemed necessary. They also heard stories of how other worlds are out beyond their world, and how time does not really exist. They did not always believe every story Mr. Tortoise told, but it often made for a fun afternoon.

For Cosmic Kitty, living in Joy-Ville is peaceful, loving, and full of friends, but unlike her neighbors, she craves adventure. She has a special relationship with nature, especially the sun and moon. However, she is also a soul on a mission to visit other places and other planets. When she has a chance to visit another dimension, she finds herself in a parallel universe that mirrors her own. But in this version of her home, she is not that nice. Cosmic Kitty (or Katherine as she is known in this new world) is actually the playground bully! Using mindfulness techniques, Cosmic Kitty must face herself and find ways to cope with this new world and then find her way home. Along the way she discovers what she always knew deep down – that she has a great deal of help from many unusual and divine places!

Shan Gill is a practitioner and student of metaphysical studies, a passion that fuels her work as a life strategist and coach, helping others bridge the world of today and live their highest truth. She brings business and consciousness together through her 20+ years of corporate experience, including several years in product development for The Disney Corporation in Hong Kong. Her passion for Disney characters and their stories, along with a desire to help people of all ages easily understand and access metaphysical and dimensional elements of their world, has led her to bring Cosmic Kitty to life. In addition to her corporate experience, Shan has a unique and complementary blend of traditional and metaphysical training. Not only is she certified in leadership facilitation, intuitive development, reiki and tarot, she also has her BA from St. Andrews College in Laurinburg, NC and her MBA from Georgetown University in Washington DC. More information at shangill.com.