Why Is This Happening to Me?

A Guide to Learning Emotional Intelligence 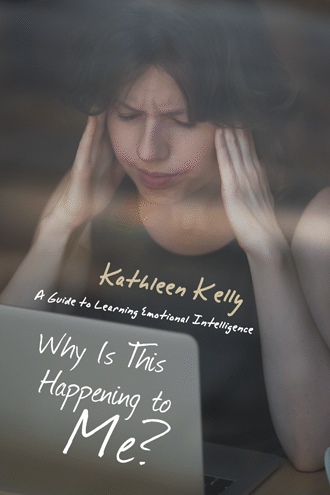 Today’s media is constantly bombarding us with stories of people acting out of hatred. Our politicians tell us that they will protect us from harm, whatever harm they choose to describe that they say is threatening us. At work we face people with their own personal agendas who try to discredit or undermine us to get their own way. Our marriages and friendships end and we are at a loss for meaningful companionship. At times it seems like we are living in a pressure cooker of emotions that could explode at any moment. How do we live in a fear-based society and keep our sanity? How do we react to constant destructive emotions we experience either inside of us or from others? The answer is emotional intelligence. Exactly what is Emotional Intelligence? Daniel Goleman, who wrote books on the subject, defined it as “being able…to rein in emotional impulse; to read another’s innermost feelings; to handle relationships smoothly—as Aristotle put it, the rare skill ‘to be angry with the right person, to the right degree, at the right time, for the right purpose, and in the right way.’” If I had to describe emotional intelligence in one word, it would be “understanding.” To explain further, emotional intelligence is a combination of self-awareness and an understanding of the feelings you and others are having and why. Practicing emotional intelligence means acting on this knowledge and understanding. Practicing emotional intelligence results in compassion for yourself and others because you understand the feelings involved. It enables you to control and temper strong emotions that could hurt someone, including yourself. The old sayings: “Walk a mile in my shoes” and “Do unto others as you would do unto yourself” both are practices of emotional intelligence. They both involve understanding and compassion.

Are you fearful or surrounded by people who are fearful of so many things—terrorists, bullies, losing your job, etc.? Are you tired of letting your emotions dictate how you behave, sometimes hurting other people? Are you tired of being angry because certain people are trying to hurt you? The key to ridding ourselves of destructive emotions and maintaining positive emotions, in spite of our surroundings, is emotional intelligence. Why Is This Happening to Me? will teach you the following: —aspects of our society that influence our emotions —what emotional intelligence means and how it can have a positive effect on your life —how to recognize destructive emotions and what to do about them —the tools to use for emotional intelligence and how to implement them

Kathleen has been reading self-help and spiritual books her entire adult life. Topics included are the following: personal growth, improving relationships, human behavior, mental health, leadership, emotional intelligence, managing people, spiritual development, spiritual philosophies, etc. As a program manager for over twenty years, she has worked with and motivated people for many years. She has also mentored younger people at various stages in their careers. She was moved after reading three books written by Daniel Goleman on Emotional Intelligence and believes with Goleman that teaching emotional intelligence in schools would add value to the overall learning experience. She decided to write a book that she could use to mentor young people in their careers as well as use to teach emotional intelligence. Kathleen was born and raised in St. Louis, Missouri, the Show Me State. She was raised in the Catholic religion and attended an all-girls Catholic high school. She obtained a bachelor’s degree in meteorology at St. Louis University and a master’s degree in atmospheric science at the University of Missouri–Columbia. Kathleen worked for the federal government for thirty-five years as an operational meteorologist, a research meteorologist, a program manager, an acquisition manager, a chief of staff, a CIO, and an IT security compliance officer. She retired from the federal government and worked in private industry as a program manager for ten more years. In several books that Kathleen read, the authors used personal experiences to illustrate their points. Knowing that people always like a good story, she decided that a good way to teach emotional intelligence would be to describe her own experiences that relate to aspects of emotional intelligence. She hopes that people can relate to them and think about how they would demonstrate emotional intelligence in their own similar experiences. She hopes to use the book for mentoring young people just starting their careers. Kathleen lives with her family of two cats in Silver Spring, Maryland. She plans to continue her career as a program manager for a while longer then retire to her other home in Annapolis, Maryland. She enjoys outdoors activities such as gardening, kayaking, and biking. Her love of music keeps her interested in playing the piano and Celtic harp.