From Ashes to Angel’s Dust:

A Journey Through Womanhood 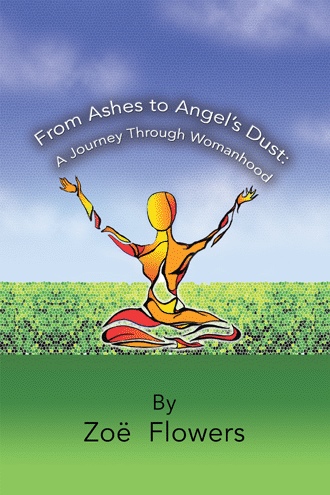 "Those were my favorite shorts. Blue with a white stripe down the side"

Violation
When I was a little girl, my grandparents' house was like a castle. It was a Victorian style home with oddly shaped rooms. I loved the oval and rectangular shapes of the rooms in that house. Because my parents worked, they would send me to my grandmother's house every summer. I spent most of my time either reading or playing in the backyard.

The massive yard had big weeping willows and wildflowers that grew abundantly. It was my magical kingdom. My older female cousins hated getting dirty; so, I had the yard to myself. I would sit on the ground and play with the ladybugs, frogs and even worms. On hot days, I'd run through the sprinkler, and then collapse on the ground, letting the sun beat down on my drenched body.

After a while, I would reluctantly go back into the house covered in dirt.

Nighttime was the only time my cousins and I played together. We would play hide and seek, truth or dare, anything we were not supposed to do. As soon as my grandmother went to bed, we would sneak outside and play.

My grandmother was not as strict as my parents were. Her main restriction was on laziness. She was from an old-fashioned Cuban family who firmly believed that idle hands were the devil's playground. She also believed in spanking. Laziness was a trait she would not tolerate and was reason enough for a swat across the legs.

In her eyes, children had no reason to be bored – ever. If she caught us lying around, she would find something for us to do. There were dishes to wash, rooms to clean or books to read. We were extra careful not let her catch us watching television when there were chores to be done. All the grandchildren knew she would beat our butts in a heartbeat. That was another good reason for me to stay outside. We all knew not to fool with her.

Physically, my grandmother was a very attractive woman. People who met her could not believe she had twelve children and sixteen grandchildren. She had a youthful glow about her even with her massive size and height.

She had jet-black hair that contrasted with her fair, almost white skin. Despite her size, managing gentleness was effortless. Her dark eyes lit up when she told her famous stories. She'd talk to me for hours while I braided her thick black hair. Most of my relatives either lived close or visited often. The house was never empty. Food was always on the stove with grandmother standing over it. She didn't drink but everyone else in the house did. Liquor was a constant in my family. The adults could always count on getting a drink, a meal and good conversation. There were many nights that I'd sneak out of bed, sit at the top of the stairs and listen to the grown-ups telling stories about the old days in Cuba. I loved listening to their loud voices debating, arguing and making fun of one another, often drowning out both the television and stereo. At times, I found it difficult to determine whether they were arguing or joking.

One of my favorite people in that house was Uncle Tony. He was different from my other relatives. I could talk to him. No matter what the question, he would answer it honestly. My other relatives, especially my grandmother, believed children should be seen and not heard, but he wasn't like that. I thought my uncle knew everything; he'd been to many places I'd never even heard of.

He and my aunt Angelica lived with my grandmother off and on for many years. He was in the military, and when my aunt became pregnant, he was overseas. She didn't want to leave the family, so she moved in with grandma. He would send us pictures and gifts from wherever he lived. In almost all of his pictures there were exotic women flocked around him. His pictures portrayed a confident young man, tall and muscular with a smooth dark complexion and dark curly hair. I guess he would have been considered attractive in his day, but for as long as I can remember, he'd been old and wrinkled. The only remnant of the young man in the pictures was the mischievous twinkle that never left his eyes.

I was seven years old the first time he fondled me. It was summer. He called me in his room. We'd often play checkers or dominoes, which we played to the death. He never let me win; he said it was not good for children, especially women, to get special treatment. I raced up the stairs as I always did. When I got in the room, the board was not in its usual place. I asked him where it was, and he told me it was under the bed. I remember getting down on all fours looking for the game. Suddenly, I felt his fingers frantically tugging at my shorts. They were my favorite shorts. I turned around, and looked at him as he pulled me toward him and clamped his hand over my mouth. He was having a hard time getting his fingers in. Frozen in terror, I didn't know what was happening, but I knew it was wrong, and I wanted to get away.

He kept saying, "Shh," in that raspy voice of his. He was almost smiling. One of his hands stayed on my mouth while he penetrated me with the other. I could smell the liquor on his breath. I thought the smell would suffocate me. After it was over, I went back downstairs. I did not tell my parents or anyone else.

“Dear Zoë, the book was wonderful! I shared it with a couple of my colleagues. I could see myself in several of the scenarios—painful to recall. How in the world could any of us get ourselves into such sad and often brutal situations? Reading your book was like being in the midst of a motion picture. You captured so much pain. Thanks so much for touching my life - however briefly. May God protect you as you start your new journey. Stay free and HAPPY!” Pauline M.

“Two weeks ago at our Saturday School in Soweto, we read one of the stories in the book about Lois and Brian. It really struck a familiar cord with our 50 high school students. After reading the short story, it was a great vehicle to talk about abuse. Again, thank you. Your book is helping many young lives here in Soweto, South Africa. Stay blessed” Jose B.

Zoë Flowers is an author, poet, actress, Reiki Master and seasoned domestic violence expert. Her poetry and essays can be found in Stand Our Ground; Poems for Trayvon Martin and Marissa Alexander, and Dear Sister: Letters From Survivors of Sexual Assault and several online journals.

Like many young women, Zoë Flowers found herself in a dangerous relationship in her early twenties. Flowers ended the relationship but the experience motivated her to be a catalyst for real change.

Now, with almost fifteen years of experience in the domestic violence field, Zoë has appeared on National Public Radio, works nationally and has spoken internationally on the issue of domestic and sexual violence and works with the Joyful Heart Foundation as a holistic healing consultant for various events including their retreat program, which provides survivors with holistic approaches to healing in the nurturing environment of community. Zoë worked at several state domestic violence coalitions where she provided training, technical assistance and domestic violence expertise to local and state domestic violence programs and community partners across the country before dedicating her talents to women of color advocates, survivors and their families as the Program Manager for the Women of Color Network Inc.

In 2014, Zoë launched Soul Requirements, which combines her artistic projects, domestic violence expertise, and holistic healing practice. Since then, Zoë has facilitated individual and group Reiki sessions and practioner trainings and readings to clients across the country and oversees. She also donates her services at community events when asked. Zoë provided healing support to sexual assault survivors while they testified at the Black Women’s Truth & Reconciliation Commission hosted by Black Women’s Blueprint this past May, to participants at a series of plays dedicated to Trayvon Martin at the National Black Theatre in Harlem and countless other venues. In addition to Soul Requirements and all her other hats, Zoe was one of the original members of the Black Witch Chronicles.  Zoë, shared readings, channeled messages and provided sage advice to thousands via Facebook and YouTube as part of the trio. Zoë is also one of the co-creators of Solstice SoulShifting. This cutting edge retreat combines indigenous healing technologies with survivor-centered approaches to provide participants with a retreat experience of a lifetime. Dr. G. Love and Zoë are looking forward to hosting another retreat this December in Puerto Lopez, Ecuador.
Zoë’s book, From Ashes To Angel’s Dust: A Journey Through Womanhood (FA2AD) a collection interviews Zoë conducted with women of color survivors of domestic and sexual violence is set for re-release 2017.

ASHES, is a ChoreoDrama that emerged from FA2AD. Zoë wrote, produces and acts in the powerful ensemble piece, which has had performances across the country including; The White House’s United State of Women Summit in Washington, DC on June 15, 2016, Yale University’s Fearless Conference on April 9, 2016 as part of her presentation, Women of Color, Misogynoir, Sexual Assault & Reclaiming Our Magic and The National Coalition Against Domestic Violence National Conference: Voices United on October 24, 2016. Zoë will return to Yale in 2017, where she’ll conduct a four month Campus Project that will culminate with a performance of ASHES by Yale’s Heritage Theatre Ensemble on April 7–8, 2017. Zoë looks forward to replicating her Yale performance and presentation at Smith College in April 2017 and to a new residency at Brown University that is centered on ASHES.