The Past and Future King

Book One of the Dawn Herald Series 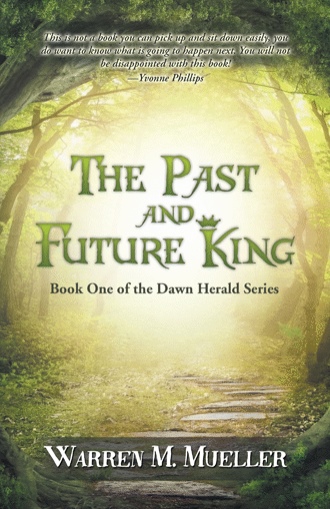 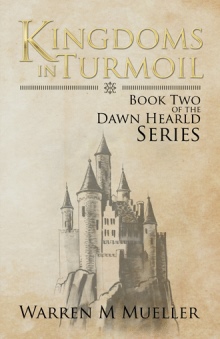 The Past and Future King transports the reader to another world filled with compelling characters that move the imagination. More than a fantasy book, it is a story with ageless relevance to the great themes of life such as adventure, love, redemption, and fulfillment. Warren M. Mueller has written a great fantasy in The Past and Future King that takes readers on an adventure of good versus evil, where mythical characters (of the sort readers have found in the worlds of Tolkien and Lewis) struggle for world domination. Readers will follow the adventures of Tom, the main character, as he journeys to discover his identity and purpose. He loves to read and becomes a friend of Willet the Scribe, who shares his trunk full of books of history and legends and warns Tom that reading them will expand and transform his mind because the words within them will come alive. Tom shares with Willet about a recurring dream, and Willet tells him that the dream should not be ignored. Through this adventure, readers see how dreams bridge the worlds of fantasy and reality. “Author Warren Mueller takes us into these unknown realms, and readers are able to vividly see all that is happening. I believe the strength of this book is the wonderfully written descriptions, which allow the reader to experience the adventures and the tension that the story brings with it” (Joyce M. Gilmour).

Warren manages a group of environmental scientists and engineers for a Midwestern utility company. He has two master’s of science degrees from the University of Wisconsin. He has authored or coauthored numerous papers and presentations in environmental studies. In the past thirteen years, the creative side of his brain has started to compete with his analytical half. He has written eight Christian fiction and nonfiction books as well as over twenty articles for the New York Times Christianity About.com and Christian Pulse websites. Warren lives in the St. Louis area. The Past and Future King is his fourth published book and the first book of his Dawn Herald series. His other published books include Truth Seeker: Mormon Scriptures & the Bible, Truth Seeker: Bible Topics, and Truth Seeker: Objections to Christianity.