The Circle of a Transcendent 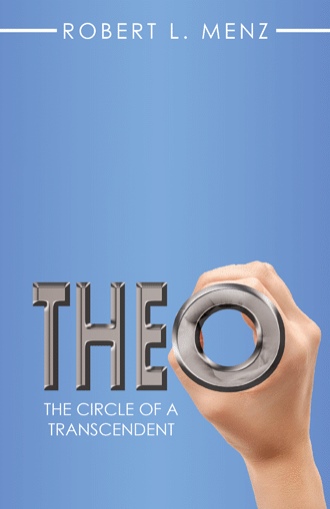 Bullets for Christmas “Specialist Trebor E. Znem, are you awake?” “I am now.” “Merry Christmas, Treb.” “Merry Christmas to you. Wow it’s cold this morning.” “Sure is, I can see my breath.” “Holy smoke, I can too.” “Hey Treb, that’s a good analogy of the steam from your breath, Holy Smoke.” It was not uncommon to have cool mornings on one of the highest mountains in the Central Highlands of South Viet Nam, but this morning was particularly cold. Especially with the awareness that it would be 95 degrees in 4 hours and currently 95 degrees about 40 kilometers down toward the coast. “Treb, I had a dream about you last night.” “Yeah, what about?” “I dreamed that you and I maintain a close bond throughout our lives.” “We’ve gone through a lot in this hell hole Theo; I hope we do have times to do things together when we get back to the world. So Theo, do your dreams come true?” “Those that I want to do. Say Treb, I’ve been meaning to ask you. Do you have relatives in Philadelphia? I bought a car from a Claude Znem once.” “Negative Theo. The only family I know of are in Southeast Missouri and a couple in the Chicago area. So how was the car?” “Let’s just say, I’m glad you have no relatives in Philadelphia.” So are we still bringing the kids here for lunch?” It was Christmas Eve, 1970, and Theo and I decided we would drive to the nearby orphanage in Phat Chi and bring some of the children back for a Christmas dinner. “I cannot let you out of the compound without a weapon” said the gate guard. “We are under a Christmas Truce right now, we don’t need a weapon” I replied. The commonly issued M16 was stashed away in our hooch and I was actually wearing my civvies. “It doesn’t matter; I can’t let you out without a weapon. Here, take this.” The guard handed me a M79 grenade launcher loaded with a grenade and a belt filled with a half dozen shots. “Just in case,” he said. Theo drove out from the check point and I rested the weapon on my lap. At the intersection about a mile down the road, a civilian bus, filled with Vietnamese, luggage, chickens and livestock approached. All hell broke out as a Viet Cong in the bus unloaded on us with small arms fire. Theo and I tried to grab shelter in the floorboard of the “deuce and a half” as I found the trigger of the M79. The sounds of the rounds hitting the truck seemed more violent than the noise originating from the AK47. What was in reality about five seconds transformed into a time warp where a lifetime could have occurred. My thinking could not have been more acute. My reasoning could not have been more rational. Should I launch this grenade and instantly remove us from harm’s way? One shot would take out this sniper. Yet this one shot would also kill or maim all the civilians, women and children, on the bus as well. My eyes landed on Theo’s face. His attention seemed totally focused on me. His focus seemed intense yet his whole being seemed to emit peace. Several rounds were fired by this point and neither Theo nor I were injured. I was too psyched up to be a coward and we didn’t have time to develop fear. I did, however, have time to process the pros and cons of killing innocent people over the progressive likelihood that Theo and I would emerge unharmed. As the bus with the traveling V.C. proceeded past the intersection, the rapid fire ceased. “I was concerned that you were going to take out the bus,” Theo said. “Me too.” “Were you afraid of anything else?” “I could have done it.” “You didn’t do it though, and this is a decision you can live with.” “Wow, my heart is pounding.” “In years to come, your heart will beat with the gratitude of this decision.” “Are you sure?” I asked. “That’s affirmative Treb.” I’ve never sent greater vibes to anyone before. Glad you were receptive.” As I reflected on this statement, I realized that this was the first of many where Theo’s intentions were transmitted to others and redeeming outcomes resulted. It turned out that we were able to bring back half of a dozen young boys and indeed enjoy a simple Christmas meal. The chicken was boiled, and the mashed potatoes came from an instant mix, but our time together was good. That evening, I felt compelled to understand Theo’s implication that his thoughts had merged with mine to avoid a violent response to the sniper. “As I said, Treb, we were successful because you were receptive to peace. How do you feel now?” “I feel at peace Theo, I feel good.” At this point, I had a hard sneeze. “Bless you,” said Theo. Again I sneezed. “Bless you again.” A third time I sneezed and Theo asked in vintage fashion, “Get any on you?” There were many occasions when I felt that my intentions and Theo’s were aligned. During our countless convoys to Da’Lat or Cam Ranh Bay, I seldom had the concern for safety, nor doubted we would surface “back in the world” unscathed. 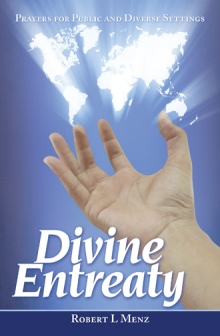 Travel with Treb and Theo to experience the triumphs and tribulations of an intuitive giant. Witness Theo’s gift in the Central Highlands of Viet Nam. Feel his anguish as he encounters resistance from the legal system in Virginia and his exhilaration as he shapes the Patch in Southeast Missouri. Get to know those in the inner circle of the Circle. Observe Theo’s gifts of compassion, inspiration, realia, congruence, love, and emergence (CIRCLE), not only giving rise to this benevolent society, but also becoming the force that accomplishes the seemingly impossible. Theo: The Circle of a Transcendent, reveals the story of a true transcendent. From his conception that was indeed unique, to a life of sacrificial giving. Theo’s life exemplifies the lofty traits of the human potential. Learn from Theo how to grow in purpose and, more importantly, how to love, laugh, and live.

Robert L. Menz, DMin, is a retired Certified Employee Assistance Professional, Educator, and Pastoral Psychotherapist. He is the author of A Memoir of a Pastoral Counseling Practice and A Pastoral Counselors Model for Wellness in the Workplace: Psychergonomics, both from Haworth press. He is the editor/author of Changing Society: A Social and Spiritual Vision for the Year 2020 and Beyond from University Press of America. In addition, Dr. Menz authored Divine Entreaty: Prayers for Public and Diverse Settings from Balboa Press and is a contributing author to Departures 2010: Writings by the Faculty, Staff, Alumni, & Students of Edison Community College – as well as numerous articles in professional journals. Robert and his wife Ruth live in Sidney, Ohio and enjoy traveling, communing with nature and grand parenting.