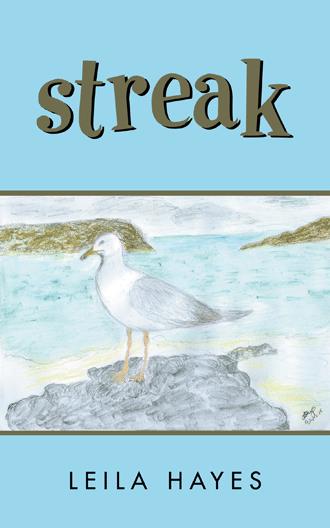 Streak slowly moved a little closer to the flock – there seemed to be a few seagulls who did not like their leader. Without stopping to think, he squawked loudly. “After living in this beautiful area for so long, it does seem a shame to have to move away.” The gulls stopped their chatter and turned towards him. The silence was almost overwhelming, but once again Streak held his ground. “Excuse me for speaking sir?” he said with respect. “But you see, I used to watch your flock flying over the sea near our nursery every afternoon. I watched you right up until you flew back to your rookery to roost for the night.” He quickly glanced around. “I admired all of you so much. I’ve been wanting to live here in your colony ever since I was a chick.” Streak spoke with a confidence he did not feel. The gulls stared at him in stunned silence, then slowly parted as Onnorsos walked in a regal manner towards the intruder, his grey, white and black feathers glistening in the sun. “And who might you be?” The leader asked. “I am known as Streak sir.” The other gulls squawked with amusement. “Streak!” Sylazlfo said turning back to the other gulls. “What sort of a name is that for a seagull?” The gulls squawked even louder. “Even if it is not fully grown yet!” Sylazifo added. “Silence!” Onnorsos squawked loudly. “As the leader of this colony. I will not have this rude and insulting behaviour.” The gulls immediately fell silent. Sylazifo looked at him defiantly then turned back from the other gulls but there was no missing the belligerent look in his eyes. “Good,” said Onnorsos. He walked closer to Streak. “We are a closed community young seagull. We do not invite strangers into our midst.” It was not said in an unkindly way. “What made you think you could just fly here and immediately become one of us?” He waited for Streak to reply. “I was not aware that you were a closed community, sir.” Streak said. “But even If I had known, I would have come here anyway.” Onnorsos was taken aback by the honesty of Streak’s response. The other gulls started quietly squawking among themselves. Their leader was not going to be happy with such a cheeky remark made by the over confident young stranger in their midst. Streak refused to look away from Onnorsos as he waited for the leader’s response. Onnorsos turned back to his colony of seagulls. “Leave us for the moment. I wish to speak with this brave young gull, alone.” Sylazifo stepped forward. “But he is an intruder, Leader. He must be sent away from here.” Onnorsos looked at the defiant bird with steely eyes. “Enough Sylazifo. Do as I say.” Sylazifo glared at Onnorsos before turning back to the watching gulls. “Come! Let us do as our leader dictates.” He said sarcastically, before flapping his wings and flying swiftly down to the other end of the beach. The other gulls bowed their heads at Onnorsos then followed Sylazifo, squawking their confusion into the wind.

Streak is an ambitious young seagull, eager to make his way in the world beyond his nursery home. Since learning to fly, Streak has admired the adult seagulls across the bay. His goal is to become a member of their colony. As he grows, he ensures he’s the fastest and highest-flying gull in the nursery flock. When he believes he’s ready, he happily leaves his parents, teachers, and the other young gulls and flies to the island across the bay. Unfortunately, the adult seagulls there don’t greet him warmly. Even though their leader, Onnorsos, is kinder to him, he’s not welcome to join their colony. Fortunately for the disappointed young gull, a Cormorant named Dastfee, a friend of Onnorsos, invites him to live on the outskirts of her colony. Streak accepts the invitation, but still hopes to become a member of the gull colony he’s admired. Not long after Streak settles in, Dastfee learns of a plot to overthrow Onnorsos. Dastfee asks Streak to help protect Onnorsos by using his ability to fly higher and faster than all of the other gulls. She entrusts Streak with a mission to determine what the plot involves, so Onnorsos can be warned of the threat. Streak is happy to help. He hopes it will prove his loyalty to the leader and finally enable him to reach his goal of becoming a member of the Onnorsos colony.

As a professional singer, LEILA HAYES performed around Australia, and on popular TV variety shows. As an actress she had major roles in many popular television series, including The Sullivans – Power Without Glory – Prisoner (Cell Block H). She received a prestigious industry award for her starring role as Beryl Palmer in the (still) popular Sons and Daughters. When Sons and Daughters ended production, she opened The Leila Hayes Drama Studio and apart from teaching, she wrote, produced and directed plays and movies to highlight her students’ talents. During this time, she also wrote children’s stories. Leila also had her own column in an industry magazine and hosted her own talk-back radio show “New Day Australia With Leila Hayes”. After a sea change in 2014, she began writing Streak - based on the seagulls she would see every day at Balmoral Beach in New South Wales.