My Personal Experience of the Ascension Process 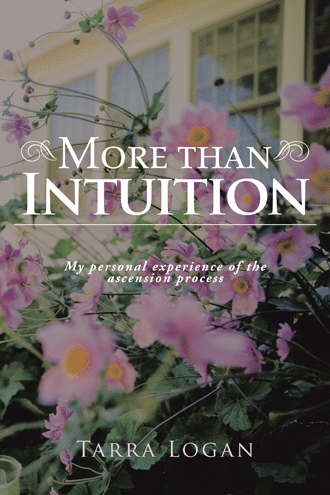 Times of knowing can easily be missed falling into place sometimes years later. I remember a couple of years ago during a channeling session with a friend; I said to the entities coming through “When I am fully awake I will be able to …….” The entities replied with confusion, “But you are awake.” At the time I did not understand exactly what they meant. Now I do. Once we remember the truth of who we are we are awakened. Just because we don’t remember all of our experiences or how to do all of the astonishing things that we are capable of, that does not mean we aren’t aware that if we trust ourselves we are capable of doing them. Abilities fade when not in use or when we believe we don’t have them. Like any ability when we believe in ourselves and nurture it over a period of time, that ability strengthens or in this case returns. ‘Use it or lose it’ is advisable for all of our senses not just the physical ones. Like most human beings I am used to directing my life and was very attached to what I did. With spiritual abilities it is essential that we form no expectations or attachments to outcomes. I found it almost impossible to get my head around that concept at times and my heart would ache for recognizable contact to the point where I sometimes forgot the things I have felt and seen clearly. So, I remind myself from time to time and the following are some examples of heightened awareness that I think may interest the reader. 1. I was fifteen and one day while at work and during a tea break I had a horrible unsettling feeling in the pit of my stomach that something had happened to my boyfriend. We didn’t have a phone at that time and nor did he. Keith also lived over five hundred miles away from me so I only saw him on weekends. When he arrived two weeks later I remembered to ask him what had happened to him at that time on that particular day. He told me he was in a car that was following his friend’s car home when his friend was involved in an accident. His friend was killed; a terrible tragedy and a terrible thing to witness for anyone let alone an eighteen year old. I have had unexplainable things like this happen before but felt that they fell more into the category of intuition. Like knowing what someone was going to say before they said it or answering someone’s thoughts, surprising them and me when they would say, “How did you know I was thinking that?” At those times I hear it so clearly that I think the person has actually spoken, but they haven’t! The feeling in the pit of my stomach was because I am empathic – this is not uncommon – mothers have this same connection with their children. As to hearing what people think, I don’t really know what that is – could be telepathy or clairaudience – perhaps I can really hear people think sometimes like I could hear what the announcer was saying on the old TV when it was muted. In later life I had said to my husband on a number of occasions when I was trying to sleep, “Will you stop thinking so loud I’m trying to sleep.” This is not uncommon either. 2. It is early morning and I am relieved to see our little Adelaide turtle dive off her rock and swim in the tank. She had been ill and I was happy and relieved to see her well again so went to tell Keith that she was fine. He cuddled me and said “no she died during the night and I buried her this morning before you woke up”. This was my first memory of seeing clearly beyond the veil but at the time we didn’t know that that was what had happened. I was responsible for her illness you see. We had traveled from Dalby to Atherton during a 104 F heat wave and the small amount of water she traveled with to keep her shell moist had dried up fast and her shell cracked underneath. I wasn’t aware of it until we pulled into the motel that night. Despite our efforts to save her she died two days later. I was nineteen and my husband was twenty-two and we both assumed that I saw her swimming because I couldn’t handle the guilt and loss. Yes, that is why I saw her but she was telling me she was ok now. It is not uncommon for animals, particularly beloved pets, to communicate through the veil from both sides in this way.

Tarra was born in Gympie Hospital and is a fourth-generation daughter of immigrants, some of whom came to Australia on the Montmorency, while others arrived on the Ocean Chief and Beausite in the early to mid 1800s. For the first eight months of her life, she lived with her family in the sleepy seaside village of Tin Can Bay, which provided her with her first memories and is where this story begins. Moving each year with her father’s work, the family lived all over Queensland. Tarra’s upbringing was unusual. Her parents’ and grandparents’ attitude toward child-rearing was influenced by their experiences of the depression in 1929 and World War I and World War II. They wanted their children to be capable of surviving alone if necessary. Tarra was a spiritually aware and sensitive child who began to close her heart more and more each time a personal trauma touched her until she became “toughened up” by life. Her awareness of her need to understand life and her reactions to it began at eight years of age with one seemingly insignificant pivotal moment, which changed its course forever. This is Tarra’s true story and focuses on one aspect of her character—her spiritual growth, its challenges and joys, its frustration and humor, and its process—as she navigates her perpetual path toward ascension. Follow her journey as she speaks with family and friends now passed away, and family and friends from generations and centuries long past. Caz Greene, a trance channel, connects her in conversation with the Pleiadians, who are her family throughout time; archangels and goddesses; ascended masters, including Jesus and Ashtar; philosophers; and Gregory, a scientist whom she had never met before, not even in his time. Even for the reader, these channels can be intense, so be warned and pace yourself.

Tarra is an Australian whose career was in retail management. She has travelled through Europe, Israel, UK, and USA; lived three years in Kathmandu, Nepal; two years in Nanning, China; and worked in Edinburgh, Scotland. She is a qualified reconnection practitioner now living in the Northern Rivers District of New South Wales (tarralogan66@yahoo.com.au).