A Parable for Earth 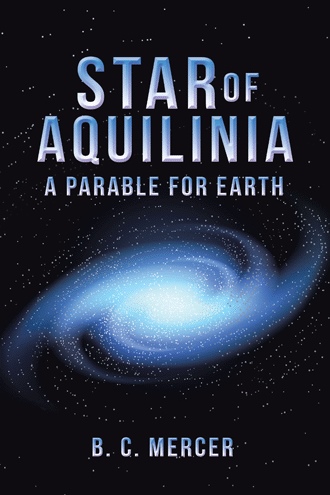 The young Priestess slowly circled the amphitheatre, her lighted torch held high. As she reached the official party she bowed, then touched the torch to the huge bowl of inflammable liquid. Suddenly there was a gigantic flash of flame and a mighty explosion, which enveloped the Priestess, burning her to death in a few seconds. The fireball also engulfed the official party, and some of them, too, died instantly, while others were shockingly injured. I felt the ebbing of Kandornen’s life force. “Kandornen! No!” I screamed, using both mind and voice and began running towards the inferno, frantically sending out waves of energy to quench the flames. Reaching Kandornen’s side, I begged the One, the Creative Power of all the Universes to help me save him. With Darlia and Matimen assisting, I worked on Kandornen, using my awareness to assess the extent of damage to his body. The three of us worked on him for several hours, while around us other Healers removed the dead and cared for the injured. When it became apparent that Kandornen would not only live, but indeed was almost healed, I lifted the veil of merciful unconsciousness from his mind. He opened his eyes to a rain of my hot tears falling on his face. Then my body crumpled to the ground, as a wave of darkness smothered my awareness.

Aquilinia is a jewel in the universe, warmed by a yellow sun during the day and lit by two moons at night. A humanoid race inhabits the planet, along with a wide range of other life-forms, and the people, who communicate telepathically, exist in harmony with their surroundings, with a highly educated and advanced society.

Into this world, thousands of years ago, at the time of the civilization of Atlantis on Earth, Remarla is born to an aristocratic family. She represents the fulfillment of a prophecy—she is to be the one who will guide the planet of Aquilinia through its darkest days. With her great healing gifts and ability to teach others, only she will be able to reverse the damage caused by those of the New Science Society, who seek energy sources that are harmful to the planet. Can Remarla ensure that Aquilinia remains safe in the face of disaster?

In this science fiction novel, a woman born with a great healing gift works to save her planet from environmental damage caused by reckless scientists.

B. C. Mercer is retired from nursing, teaching, and working with natural therapies. She currently devotes her time to doing charity work for the homeless, writing, reading, singing, travelling, and cooking. She lives in southeastern Queensland, Australia.