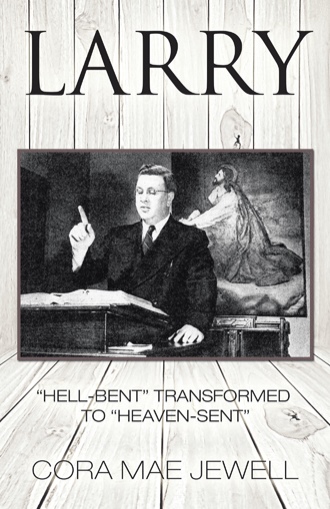 I honestly didn’t want to go to the church. Maybe I was afraid. But now to keep my word, I had to go. By 7:30 two of my buddies and I were seated in the United Brethren Church in Youngsville, Pennsylvania. This felt so strange since none of us had been inside a church for years. We liked the lively music and tried to sing. The song books helped since we didn’t know the songs. Mr. Thompson (I learned later that he was a song evangelist) sang “What If It Were Today?” It spoke of Christ’s return to claim those who had been living for Him. Then came the evening message that emphasized the hope of Heaven for those forgiven and the eternal punishment of those living in sin. Recalling the wicked life I had been living for the last six years, I felt like I was suspended over hell. My father had been a foreman in a chemical factory. One day a pile of 130-pound bags slipped and fell on him. His severe injuries followed by pneumonia took his life. I was only 13 years of age, and now my guide, my protector, my teacher was gone. Within six months my mother remarried. The next two years were a tug-of-war for me in our home. I did not get along well with my step-brothers and step-sisters or my step-father. One of my step-sisters got pregnant so, of course, I got the blame even though I was not the guilty party. Finally at close to sixteen years of age I left home. I was “fed-up” with those struggles. Soon I began carrying a pistol, riding a stallion and shooting out street lights, drinking, smoking, swearing and living a wild life. I slept in barns or stayed with relatives until I could earn enough money to rent a room at a boarding house. My Irish mother was with her older son. “Clesson, you’re the black sheep of the family. Your murderous, wild heart will cause you to kill someone, or you will soon be killed yourself. There’s no question that you’ll end up in prison and possibly in the electric chair.” All of these things were going through my mind that night at church. I really didn’t need a preacher to remind me of my wicked life. These were the reasons why I was called H.B. My life was a mess, and I was sick of living that way. For a long time I had wished I could be different. For a long time I had tried to quit smoking because I could see what it was doing to my body. For a long time I had wished I could live a happy, peaceful life like some other people I knew. For a long time I had wondered if my life could ever be changed. But now, I began to understand that God did care for me and could do what had seemed impossible. The congregation sang another song and the preacher invited people who wanted their lives changed to come forward to the altar. Tears were rolling down my cheeks, and I was shaking. A couple of elderly ladies could sense that God was speaking to me. They came to me, kindly trying to urge me to go forward, but I did not have the courage. Finally the service was over. We quickly left as some of the church people went forward to pray with those kneeling at the altar. My buddies have told me that probably at least ten times I stopped walking, turned around toward the church as though I would return, but I did not go back. Finally I got to my boardinghouse room. When I got to bed, sleep evaded me. “I’m hanging over hell. If I die tonight, that’s where I’d go” were my thoughts continually. Finally, in desperation I tried to pray. This was new to me, but God understood my sad and hungry heart: “If you let me live one more night, God, I will go to the altar.” (God did, and I did.) After making that promise, I finally slept. The next night it was the same kind of service, but I was not the same young man that had come the night before. I was determined that no matter how much courage it would take, I would head for the altar as soon as the preacher gave the invitation after the message. When the congregation stood to sing the invitational song, I walked to the front of the church and knelt at the altar. This was my chance to dump all the filth of my life. I had no idea how the process worked, but I believed God could change me. I knew God could free me from my slavery to Satan and to evil habits. Within fifteen minutes I sensed I was free. What a wonderful feeling of relief and release! I got up and sat down on a front seat. Rev. Driscoll, pastor of the church, said “Young man, would you like to tell us what God has done for you?” I had no idea how to tell what had happened to me so I just said, “Well, boys, I was way down in sin, but the Lord has saved me.” Too overcome with emotions to say anything more, I sat down. What a change took place in my life! My addictions to gambling, smoking, drinking and wild living were taken away instantly. Like George I no longer frequented the bars; I quit smoking and no longer toted a gun. My conversion took place nine days before my 21st birthday. (*not his real name)

Larry Jewell lost his father at age thirteen, and his world fell apart. He became a wild, unrestrained young man. However, nine days before his twenty-first birthday, he experienced a life-changing moment. God forgave his sinful life and was beginning to transform him. The new young man wanted to tell others that God could change their lives too. Although he had a limited education, he followed a designated course of study. This eventually qualified him to be ordained at the elder level as a pastor in the Free Methodist Church, which he served for twenty-two years. Any truly effective pastor has a dedicated wife supporting him. Mary King’s personal characteristics and her background were different from Larry’s. Their formula to seek God’s guidance for their lives is one we all should follow. His turbulent teenage years gave him an intense desire to help young men. As he showed them how to build and fly model planes, he shared with them Christian principles for building good lives. Pastor Larry and his family experienced a tragic loss a few days before a family wedding. Only God’s grace carried them through his period. In 1944, he moved his family into a remodeled 140-year-old log home. Then he began serving United Methodist churches mainly in that area. His twenty-one years in this ministry were terminated by cancer. On February 14, 1965, Larry died.

Cora Jewell, born in Pennsylvania in 1925, became a secretary/artist at the Munn Art Studio in Hillsdale, Michigan after high school graduation. The studio prepared Scene-O-Felt visual aids illustrating Bible stories. She helped start the Spanish American Mission that ministered to the Hispanic migrant workers. When the Spanish-American Free Methodist Church was established in Lansing, she served at various times as the interim pastor. While a student at Spring Arbor Junior College (now University), she wrote the script for a play “Thy Will Be Done,” that was presented by the college. She taught Spanish and English in the Lansing School District. In the 1970’s, when many refugees came to the area, she began writing materials for and teaching English as a Second Language (TESL) at the secondary level. Also, she wrote educational and religious articles for the bilingual newspaper El Renacimento (The Rebirth). Her short story “The Two Carpenters” first appeared in this paper. Cora made two short-term missionary trips to Mexico to assist in the educational program for children of translators in the Summer Institute of Linguistics, a branch of Wycliffe Bible Translators. She also took a trip to Japan and Taiwan under Volunteers in Service Abroad of the Free Methodist Church, to assist missionaries teaching English as a Foreign Language (TEFL). In 1984, she returned to her home state. At Waynesburg College (now University), she taught ESL and Spanish. In addition, she held services at both maximum and minimum security prisons for Hispanic inmates and assisted in their educational programs with TESL. She completed her doctorate in 1992 with a specialization in TEFL/TESL. In 2002, a retirement community in Ohio became her new home site. Two years later she was recorded as a minister in the Evangelical Friends Church (Quaker). At ninety-one years of age, she published her father’s biography.