A Boomer’s Guide to a Reinvented Life 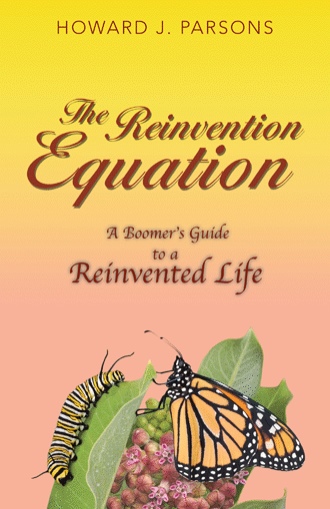 The Reinvention Equation is a practical guide for baby boomers who have lost their rhythm that they were taught growing up as to how the world works. Howard Parsons had his first taste of life transition at age fourteen when his mother, his best friend, died. His anchor to his world, as he knew it, was gone. Not knowing how nor having tools to navigate his life, Howard turned to isolation, hard work, and alcohol to make the journey as best as he could. In the years to follow, Howard learned new skills and techniques to reinvent his life, providing deep satisfaction and gratitude for all that is available. Here is a blueprint that will show you the process to reinvent your life, get past old ways of doing things, and find once again your essential self as the guiding source in your life. In the new world order, which is not what baby boomers expected, thinking, feeling, and physical actions must be aligned with your essential self.

Howard Parsons is an author, inspirational speaker, practical teacher, and mentor to those going through life transitions. A fresh voice in the arena of reinventing your life from the inside out, Howard is passionate about helping people mobilize their essential self in order to reinvent their lives in ways they may not have previously experienced. Drawing on his personal experience as a seasoned executive working with a global organization as well as his personal experiences with a life-threatening illness, Howard guides his clients in a practical and heart-centered manner to once again find and express their essential self. When not writing, teaching, or walking his dog Toby, Howard can be found in the yoga studio. He mindfully cofacilitates programs and life with Kerry, his life partner of over thirty years.