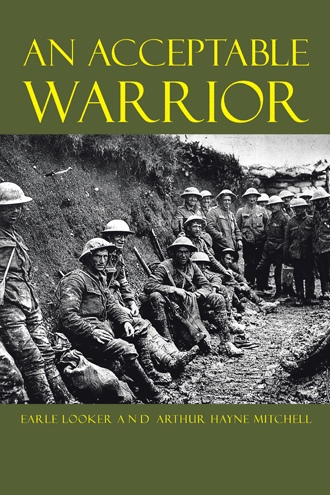 Surging up out of Pit and Burrow

“Think of the rivers of blood spilled by all those generals and emperors so that, in glory and triumph, they could become the momentary masters of a fraction of a dot.”  ~ Carl Sagan

David felt the roughness of his hands, without touching one with the other, smelled his own sweaty uncleanliness, but now there no longer remained trace of that familiar, though indescribable, scent of fear, which men had learned, like animals, to recognize. He felt now what he knew to be his own reviving strength, flowing from some spring tapped by elation. Thus a soul might feel when liberated from its filthy fighting body.

For the first time in these months he had worn it, he was irked by the heaviness of his flat steel helmet. But when he tipped it forward as if putting his face into a basin, and off, and kneaded his close-clipped scalp, he found himself as buoyant as a soul might be when emancipated from its body. Every sense seemed extraordinarily acute. The responsibilities of his fighting command had dropped away; the fighting was done. There would be no more action; he felt himself in a vacuum. Though now well into the second hour of it, as verified by a glance at the watch upon his wrist, that crack of calm at eleven o’clock still was like the mute pause after life is taken but prolonged, he thought, because so many men had died.

Still he was unprepared wholly to accept reality when it so suddenly presented everything for which he had hoped. Reality seemed deceptive; it was as incredible now as it had been terrible. He wondered if this armistice might be nothing but a projection of his imagination despite its abundance of authentic detail, un settlement at last of reason from sounds and sights and shocks, a tripping of the mind as if from an electrical overload. He was aware that for some time he had been evading the full impact of fact by looking away when he came upon its examples, sprawled so inhumanly without decency or dignity.

He realized now he had acquired the veteran habit of self-deception even to the point of avoiding those paths that led through the pleasant sheltered copses and sun splashed ravines, so that he might remain in ignorance of what they so frequently contained, stenching to heaven, and still count them islands of peace and beauty in the field. He knew he had been becoming more and more of a fatalist, made more reasonable the ghastly details of a battle action. It allowed the feeling he might be fulfilling his own personal part of the inevitable. He had even come to tolerate the growing apathy of his men, for like them he was beginning to prefer to live in periods of blankness divided by eating and excrement.

‘But this means peace!’ he thought. The war was over. And it must be the last one. Perhaps for five hundred centuries men had fought throughout Europe, but now the lessons from it seemed too obvious; war could never be remembered without shame, spoken of without disgust. It was unthinkable it could ever be a part of life again. These seemed facts and final.

But that was finished now. He was one who had finished it. Nothing had been of such supreme importance for centuries. There could hardly have been a greater moment in which to be alive. How many millions of the dead had fought for this? Were they deprived of knowledge of the victory? Could not their souls rush back, whatever the distance, to these bloody ditches to shout and to leap?

Even now they must have the news at home. Joy would flash across the sea to embrace the survivors – ‘I’m a survivor!’ he cried to himself – with the passion of hope come true. Sorrow would fling itself down in the mud with the abandon of another farewell seen again in memory. David said aloud to himself, “You never thought like this before, did you?” How much of it, he wondered, could be recollection of talks with Alan, his stimulation? How much was his own, stirred by the events of the day? How much might be Alan’s own thought struggling still to express itself? And what would Alan most urgently desire next to do? No doubt: leave to meet this woman in Paris.

David paced back and forth across the clearing before the hut as if he had taken the place of a sentry before his command post. Alan’s reticence when he had given him the address had been one which David remembered he had noted and respected, asking no questions. Alan had said only that he had no longer any close next of kin, as the records would show. Could the impulse, David questioned now, have come from some premonition?

Doubtful it had been at least two months ago. But a chapter, he knew, was often covered in a single gesture in the field; men were surer of their common experience than ever before. David reasoned that if this girl meant as much to Alan as might be suspected, judging by what she might have meant to himself, then even the suspicion would be enough to make it his duty to break the shock to her as gently as might be; her anguish might be as great as his own – even greater?

All convictions notwithstanding, he thought, might not Alan’s mind be struggling now to get to Paris to warn her, striving at least to set up some premonition of his death so that the shock might not be so great? David felt his thought leap again to the impossible – yet was not reality even more impossible: that anything, even death, could ever destroy a mind like Alan’s?

But after all, was it quite credible that his mind could cease to be and that all his ambitions and desires could come to complete and utter frustration? They had, undeniably. Why not accept reality, David thought, impossible though it appeared when applied to such a personality as Alan’s? Why not remember that this was one small episode among a million others? The word for him and for all men was minimus? Remember that even this great killing, this world war, was perhaps unimportant in the long view? 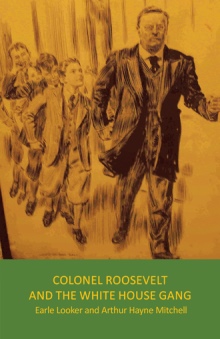 The story begins in France soon after the 11th hour of the 11th day of the 11th month of 1918 – Armistice on the Western Front. Signed by the Allies and Germany at Compiègne, the Armistice thus terminated hostilities within six hours of signature and ended the Meuse-Argonne Offensive. Shared by the U.S. forces with the French Fourth Army, Meuse-Argonne was the principal engagement of the American Expeditionary Force during World War I, engaging 1.2 million American soldiers. Its successful objective was to capture the railway hub at Sedan and thus break the railway network essential to supporting the German Army in France and Flanders. It was the largest frontline commitment of troops by the U.S. Army during the war, also its deadliest, resulting in 26,277 American deaths and 95,786 wounded over 47 days of intense, bloody fighting.

The story progresses over four months, following Armistice on the Western Front, through a succession of adventures encountered by a thoughtful young American soldier and journalist from Virginia, David Atwood, and chronicles his mental state from disillusionment, lost love, hopelessness and depression toward the possibility of ultimately coming to terms with himself and acquiring a renewed sense of purpose. Any sensitive war veteran of any age will likely find some aspects of him or herself in these pages – and a hopeful promise of personal transformation.

This is the story of a personal journey – a young soldier’s path up and out of an uncaring universe toward spiritual awakening and individual self-actualization – discovering his promise and tendency to become actually what he is potentially, to become everything he is capable of becoming, to seek the frontiers of his creativity and strive to reach higher levels of consciousness, happiness, awareness and wisdom, to potentially becoming a fully conscious human – a grateful “spiritual warrior” – or will he?

Arthur Hayne Mitchell is a writer, senior biodiversity, environmental and natural resources specialist, protected areas planner and manager, environmental policy specialist, conservation biologist and biological anthropologist with more than thirty years’ experience, including twenty-five working outside the United States in fifteen countries, primarily in Southeast and South Asia as well as East Africa and the Caribbean. Art Mitchell, a graduate of the University of California at Berkeley and Yale University, lives in Fairfax, Virginia.

Reginald Earle Looker volunteered to serve in France, prior to the official entry of America into WWI, as an ambulance driver with the American Volunteer Motor Ambulance Corps (Norton-Harjes). During that time, he also worked as a freelance war correspondent for The Evening Post. After the war, Looker worked as an advertising executive, magazine editor, public relations consultant, ghost-writer and speech writer for Franklin Delano Roosevelt. Looker was associate editor of Asia magazine and a contributing editor of Fortune magazine. In addition to The White House Gang, a 1929 ‘New York Times’ bestseller, he wrote This Man Roosevelt; Colonel Roosevelt, Private Citizen; The American Way: Franklin Roosevelt in Action; Looking Forward and Government – Not Politics (both ghost-written with Franklin Delano Roosevelt) and Revolt (with his second wife Antonina Hansell Looker). During WW II, Looker headed the Psychological Warfare division of the Military Intelligence Service (MIS), which was transferred under the Office of Strategic Services (OSS) at the end of 1942. MIS was tasked with collecting, analyzing and disseminating intelligence. The OSS later became the CIA. He also served as a Lt. Colonel in World War II, Pacific Theater. Earle Looker died in 1976 at Toccoa, Stephens County, Georgia.