Book 2 in the "The Bully" Trilogy 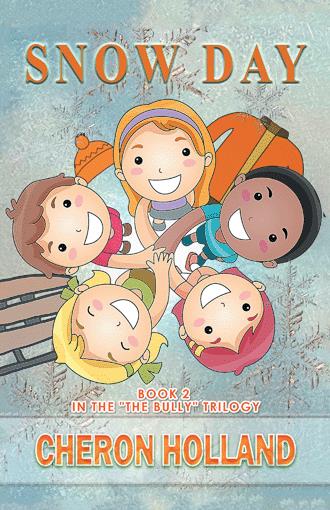 Eric Reginald Paul, III hated snow. It was cold, wet and made a funny noise under his new waterproof snow boots. He also hated the boots, as much as he hated walking to school in the snow. Had he only remembered to cut the electric heater off before leaving for school down south, his parent's home wouldn't have burned down to the ground. If he had not burned his parent's home down back in Louisiana, his family wouldn't have moved up north, to the cold. Had he not moved up north, Third wouldn't be on the verge of being beaten up again, by Damien and the other Theft Crooken gang members, who usually followed him to school, even in the snow. He could have told his father about it. He could have let his father bring him to school. But just like his Grandfather Senior would always say, "You gotta stand up to the things that you're scared of son. You are strong, mind and body. You can handle anything." That meant not being scared of those boys in the neighborhood that were bullies. Today he wasn't going to be afraid.

Snow Day is the 2nd book in “The Bully” trilogy encouraging friendship and promoting individual talent. Every child, regardless of race, gender, creed, culture, or special needs, is born with a special ability. That innate ability makes us unique and different. When we accentuate the positive by focusing on our strengths and abilities, we have the power to make things happen.

Cheron Holland is a freelance writer, blogger, and poet. As an elementary school teacher, she challenges children to think critically, analyze, and solve problems. Cheron, who has a BA degree in Financial Management from St. Xavier University. She has worked as a Disaster Case Manager, Resource coordinator and Utility accountant for a publicly held utility company and municipality and as a traveling marketing researcher. She has also served as business director for The Hope House Homeless Shelter for Women and Children. Cheron is a member of the Royal Writers, a local community of writers. She is an avid reader, dancer, and swimmer and enjoys family, cooking, walking, and other creative projects. A native Chicagoan, Cheron resides in Pineville, Louisiana, and is currently working on book three in the Bully Trilogy, JRW - Baseball and Apple Pie. She is also the author of Moving Mountains, a Motivational Memoir.