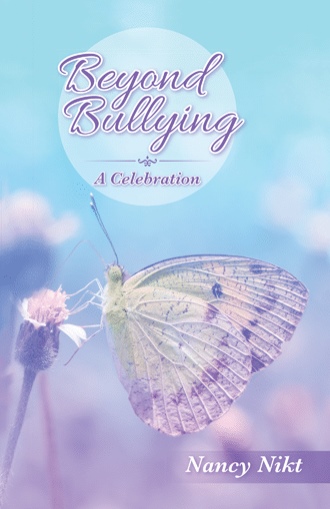 WHO AM I THAT YOU SHOULD LISTEN TO ME I am one of five children born live out of nine pregnancies. My grandparents were all born in Poland and arrived in the United States in the first decade of the 1900s. My parents grew up during the depression. Neither of them went past the eighth grade in school. My childhood was a time of “children should be seen and not heard” and “spare the rod and spoil the child.” My parents were under extreme financial stress and they made sure we learned the harsh lessons of life. However, we were also taught to “use our initiative,” and be responsible for our actions and for our lives after reaching the age of 18, 17 for those of us born later in the year. I believe the phrase used was “you made your bed, now lie in it.” It was for the above reasons that, after leaving home at the age of 22, and moving 1000 miles away, I did not find it necessary or desirable to ask my parents’ advice about anything and, heaven forbid, borrowing money from them was never an option. My siblings and I were working and paying rent for room and board immediately after leaving high school. Graduate on Saturday, pound the pavement looking for work the following Monday and woe be unto you if you came home without a job. From that time forward we were responsible for all our living expenses, car expenses and what have you. I am still considered in my extended family as the adventurous one. You see, in my immigrant family no one left home until they were married, no matter what sex or age they were. It was unheard of to just up and leave home. You are probably wondering how anyone raised in this way could do anything differently raising their own child. I kept the wheat and left the chaff behind. Actually, I learned how to raise my child because of the interaction I had with our animals and especially my horse. When I was five we moved thirty miles away from the city (Chicago) on a two and a half acre parcel of land with a small home that daddy promptly tore down to the foundation and built a two story house on. That’s what they did in those days, just like the Amish do today; everyone in the family got together and raised the walls, at least the outside walls. After we moved in I remember being able to walk from the bathroom into the kitchen without using the door. Daddy worked, and Ma and we kids (Daddy too when he came home from work) planted a half acre garden and raised chickens, geese, ducks and turkeys, not always at the same time. Of course we had the indispensable dog to scare away the raccoons and other wild animals and the house cat that took care of the numerous mice. Ma said that I turned blue when I was born and it took the doctor a while to revive me, after that I was – odd to say the least. These days autistic, at least high functioning, would probably be a more appropriate word. In January of 2013, my 65th year, my psychologist told me that my background and behaviors were consistent with being on the high functioning autistic spectrum. I felt good that I fit comfortably into some spectrum. For my part in my childhood I did everything I could to avoid being noticed because I was beaten and verbally abused for being too emotional and “doing everything wrong.” I was in charge of taking care of the animals until I began working. Animals do not judge. I learned quickly that if I treated the animals kindly, took care of their necessities like water, food and clean cages and barns that they would also respond with kindness -- and eggs. Fowl are not likely to lay eggs and hatch them into little ones if they are under stress and upset all the time. I also learned that the dog will come if you treat them kindly; they will run from you if you don’t. Also I learned that farm dogs will not bite you if you respect the territory they are protecting. Yes I had a horse. It was my dream. I only had him a year before I left home and him. He was what is called “green broke” which meant you could get on him and he wouldn’t buck you off; however, he needed some work. His biggest drawback and my biggest lesson was his penchant for running away. Actually, when I brought him home he would not accept a bit; his mouth had been torn up because his previous owners had used a wicked bit on him to keep him from running away, which obviously didn’t work. I borrowed a hackamore, a bit less bridle, from my neighbor across the street who raised and trained Quarter horses. My horse was a “grade thoroughbred” which meant he was mostly thoroughbred but his ancestry was actually unknown. Of course, he ran away immediately and I can't remember to this day how I stopped him. I asked my neighbor: how do you stop a horse with a hackamore that is determined to run away. She said grab the rein on one side about six inches from the bit, preferably the side the horse does not consider his strong side and put your hand on your hip. This has the effect of pulling the horse in a tight circle on the side he doesn’t like to use. He will stop. Then you start again like usual and repeat if necessary. Eventually the horse will learn, that when he runs away he will be chasing his tail for a while until he stops. In people speak this is called natural consequences. Now you know because that is the technique I used with Jasmine.

It was gut-wrenching to watch my little girl, who was considered well-adjusted and able to relate to adults and children by her caregivers, turn into a defensive, angry, sullen, and depressed child because of the way she was treated by school officials and bullied by other children. I was discounted and negated because I was a single parent and didn’t know my own child. This is a story of my daughter’s struggles through her school years and the efforts I made to help her get through it. Finally, this book is a celebration of the woman she has become because of it.

Nancy Nikt found out when she was sixty-five that she is actually autistic. In spite of this, Nancy was able to support herself, finish college and graduate school, and successfully support herself and her intelligent, misunderstood daughter. She wrote her daughter’s story to give hope to mothers of daughters like hers.