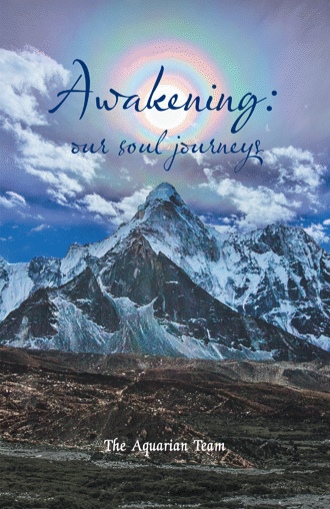 CHAPTER 1 Claude’s Journey “Ladies and gentlemen, we are beginning our descent towards the airport of Lyon Satolas. Please return to your seats, fasten your seat belts, and extinguish your cigarettes…” In 1976, I was working for Air France as a cabin crewmember. When making this announcement, little did I know that I was about to meet someone in this city who would change many things in my life... Some friends from Cambodia were hosting a party and had invited a few members of my family. Cambodia is the country where I grew up until the age of eight and a half. I wanted to join them, but the party was in Annecy, 145 km from Lyon. Since I was supposed to spend the night in Lyon with the rest of the crew, I needed the authorization from the captain to go to Annecy. He didn’t refuse, but warned me that being late would not be tolerated by our employer. After calling to let my friends know I would be there, I rented a car and left for Annecy. My intent was to refrain from picking up hitchhikers. Having been one myself on many occasions, I often rendered this service, but this time I was in a hurry and decided not to. As I was about to exit Lyon, the traffic light turned green, and someone standing nearby caught my attention. A young, smiling, blond man, all dressed in white, was hitchhiking. Reflex kicked in and I stopped, forgetting my resolution. I motioned the young fellow to join me and told him I was in a hurry, on my way to Annecy. He replied with a smile that Annecy was his destination as well. I got back on the road, and soon we were engaged in a friendly conversation. Looking at my white shirt, navy blue tie and the badge on my chest, he asked where I was working. “Up there with God,” I replied, pointing a finger towards the sky. He didn’t say anything, just laughed. Interestingly, he didn’t pursue the matter and seemed to enjoy the image. Why had I answered that way? I don’t really know. He then began to talk about the upcoming Age of Aquarius and the changes that would occur… about brotherhood on earth, and about the love that transforms everything. It was beautiful and fascinating to listen to him. Somehow, I had always felt a respect for "Heaven," so I listened intently to what my passenger was saying. I wasn’t involved in any religion or yoga practice, but I had always appreciated the spirituality of the American Indians and was quite open to the subject in general. Our discussion was lively and engaging, our sharing sincere and interesting. Dusk is that time of day when darkness begins to embrace the landscape, heralding the night. It was growing dark in the car, except for the dim, colorful glow of the dashboard lights. My passenger took a tiny picture out of his pocket and showed it to me. I saw an extraordinary gaze, and immediately felt a warm expansion in my solar plexus. I looked ahead at the road again, but my eyes soon returned to the photo. I saw that this look belonged to a beautiful man with white hair and a white beard. Deeply moved, I asked who this person was. “Mikhaël” is all I remember him saying. By the time we entered Annecy, the party had faded from my mind. At an underpass I stopped to let my passenger out, but that was not the end of it; we sat on the hood of the car and continued our conversation. It wasn’t until a few hours later that I suddenly remembered the purpose of my trip. It was one a.m.! He gave me a few brochures, and reluctantly we parted. I hurried off to the reunion of the old friends from Indochina. When I got there the party was over, and everyone had assumed I had lost my way. I didn’t explain otherwise, but went straight to bed, aware of my flight the next day and my mind still floating among the stars. Months later, a friend picked me up to go play music at the house of one of his buddies. My friend described himself as “a mason who was working for a nice boss.” All went well and the energy was beautiful. At one point in the evening I asked for directions to the bathroom. It was located upstairs, accessible by way of a small orange room decorated with candles, pictures on the wall and a small altar…with the very same picture of Mikhaël that the hitchhiker had showed me! When I went back downstairs, my heart was pounding, and I told my friends about the trip to Annecy. They said I was now in the net and could no longer escape, and that I had to join them in the “Teaching of Mikhaël.” My friend hadn’t dared to tell me who he really worked for. He had invented this story about working for a "nice boss”, who in fact was the Master Mikhaël. The hitchhiker had shown me the photo of a being with an extraordinary gaze. Now, in the meditation room, I had found a picture of this same spiritual Master. I have always believed that when we receive three consecutive signs, it is because something is important and worthy of attention. I spent my childhood in a broken family. My father wasn’t the tender type and eventually deserted us all. I was brought up by a very Catholic paternal grandmother and was sent to boarding school. My somewhat chaotic childhood clearly marked my behavior and my character. 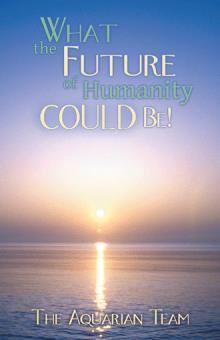 What the Future of Humanity Could Be!
The Aquarian Team
£0.00 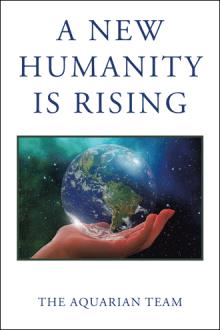 A New Humanity is Rising
The Aquarian Team
£11.95

In our first book, we shed some light on subjects that presently affect societies around the world, such as politics, education, the economy, art, the role of women, and so on. We didn’t talk about ourselves.

In this book, we want to touch your heart and take you on our personal journeys, our soul’s journeys, as we reached a point in life when we questioned the purpose of our existence . . . when we felt there had to be more than merely eating, sleeping, working, raising a family, and acquiring possessions.

Of course, all of these are important, but a part of us remained dissatisfied, thirsty and ready to explore other realms of our being. So we each embarked on a quest leading up the mountain of our soul and spirit. Our paths towards the summit are all different, yet we share an element we came to recognize as essential—when climbing a mountain, a well-trained guide is life-saving. In our stories, we each meet such a spiritual guide, a master mountaineer able to show us the way toward the spiritual summits: Omraam Mikhael Aivanhov.

Discover how his self-mastery and the many methods he suggested influenced us. Discover the direction we have taken as a result and how we keep climbing!

Join us in the awakenings to new heights of consciousness!

“The spirit is above everything else, and when you succeed in becoming one with it, in identifying with it, you receive strength, peace of mind, illumination” (Omraam Mikhael Aivanhov).

About the Aquarian Team’s authors. The team is composed of eight authors from different countries and continents. While some of these team members were also featured in the first book, What the Future of Humanity Could Be!, some are new to the team in this second book. Find out more on our website: TheAquarianTeam.com.