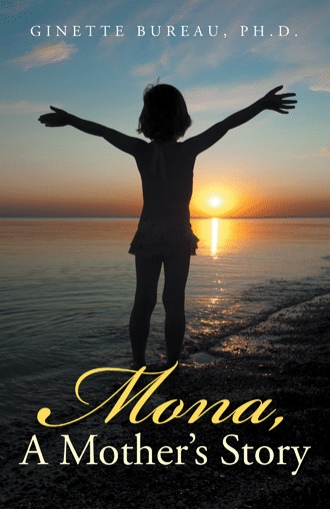 The next morning, the day after Thanksgiving, we were waiting our turn in the emergency room which was being reserved for children during the strike. Boys and girls were whimpering and crying. Mona was quieter than usual; she looked unhappy and didn’t say much. But already I was less worried. Soon they would tell me what the problem was and what I should do about it. We got an elderly doctor. Faced with so many children he seemed exhausted. He hardly asked any questions and started his examination right away. I watched his face – that’s my way of figuring out how serious things are. He hadn’t stopped frowning since we had walked into his office, and he gave me a sidelong glance when he saw all the bruises on Mona’s legs, especially a big one on her bottom. Even I was surprised when I saw it. I hadn’t noticed it, since Mona always insists on getting dressed by herself. She must have hurt herself the night before although the baby-sitter hadn’t mentioned it. I asked Mona what had happened to her. The doctor looked as though he suspected me of child abuse. “Sometimes I get bruises without realizing it”, I stammered. He felt her stomach and examined her from head to toe. Every time he looked at me, I was sure he was going to accuse me of criminal negligence. If only I’d stayed home last night! “What’s the matter? What’s wrong with her?” “Your daughter will have to stay in the hospital.” “But what about the strike?” I opened my mouth to say something more, but the doctor had disappeared. I had thought this would just be a routine visit; they would tell me what was wrong, prescribe some pills, and then we would go home, practically cured. This time nobody was saying a word, and I got the feeling that it was better not to ask any questions. Still, I had to do something. “Come on, Mona, we’ll go call Daddy.” But they had already returned for her. Things were happening much too fast. I didn’t understand any of it. “They’ll take good care of you, my kitten,” I tried to explain. “Mommy will be close by. I’ll come back and see you with Dad after dinner.” But when I held her in my arms, I couldn’t hold back my tears. “Why are you crying, Mom?” she asked. I told myself to myself to be more reasonable. Mona left me like a big girl, head held high, as if off on an adventure. She wanted to look around and take everything in, while I stood there watching her disappear. I Felt like I was being robbed. People were coming and going in the emergency room, taking no notice of me. The nurses and doctors put on smiles that looked mechanical. They were used to this kind of thing! Suddenly there wasn’t enough air to breathe in the lobby. Outside it was cloudy, and the fresh air made me feel a little less numb. I began walking, not really knowing where I was going. If only André was with me... I was annoyed at being alone, but I was too upset to get mad. I knew he would show up. I dried my tears so people wouldn’t see them, but at the same time I wanted to tell everyone how stupid it all was. Mothers complain that their kids are too much work, but as soon as someone takes one away, we start to cry. We can’t stand the endless racket they make but as soon as the house is quiet we don’t know what to do with ourselves. We want them to be grown-ups and babies at the same time. André usually thinks I worry needlessly when the children are sick, but this time he took things very seriously. He left his classes to come and be with us. Now all three of us sat together, waiting for the verdict. A doctor came in calling our names. “I’d like to see you alone for a minute. Leave your daughter in the playroom.” Never before had I felt the menace so close. I was afraid of how I was going to react. “You have other children, I hope,” he asked brusquely. He was going too fast, yet his preamble seemed to last forever. Why didn’t he get to the point? I’d already decided that I didn’t like this doctor. Everything about him told me that he had terrible news for us. “I see you have a son.” And he paused. I couldn’t stand listening to the sound of his breathing. ***** In the months to come I was torn between listening to sciences or my mother’s heart. I had to search deep in me to overcome this duality. A very powerful grace came to me and it transformed our everyday life.

When Ginette Bureau learned that her four-year-old daughter had leukemia, she was told that there was no room for hope. She searched for a way to make the best of whatever time her daughter had left. Her prayers were answered. After living a spiritual experience, she started treating Mona like she would grow up. She blocked her ears to the medical prognosis and followed her inner voice with faith. A miracle happened.

Ginette Bureau has a master’s degree in creative writing. She is interested in the power of words and the concept of resilience. Her PhD from the University of Sherbrooke focused on the difference between the personality of the self and the self of the soul. Specialised in autobiographical writing, she has published many books, all promoting love and faith.