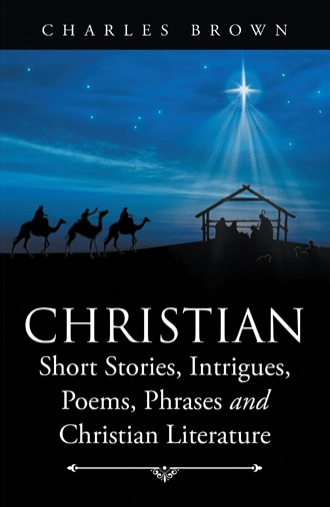 THE ISIS AFFECT (Islamic State in Iraq and Syria)

My Christian brothers and sisters within the United States the time has come for us to aware ourselves of what is happening to us in this world. Before I get started, understand this statement, I am not speaking to everybody in the United States as Jesus did not pray for the world (John 17:9) but for those that was given to him. Everybody in the United States is not worthy of the blessings of Jesus Christ because as they are being invited to accept his grace, they reject his grace (Matthew 22:8). My brothers and sisters in Christ there is a global spiritual war that is taking place before our eyes and it is important that we do not become deceived by enticing words and doctrines that would turn us away from following God. Remember Solomon! The President of the United States and the Democratic Candidate for the Presidency, Hillary Clinton have suggested and advocated that the United States should allow refugees from an Islamic State, not knowing if they are Sunni or Shiite to enter this nation without regards to the fact that we claim to be a Christian nation that abide in Christian principles. Now I know that Barak Obama and certain people in the United States believe that this nation was founded on the principle that we are a nation of multiple religions but according to the Declaration of Independence which is linked to the Constitution, it states that “we hold these truths to be self-evident, that all men are created equal, that they are endowed by their Creator with certain unalienable Rights, that these are Life, Liberty and the pursuit of Happiness”. This phrase was directly a result of Jeremiah 29:11 which is a Christian thought that came from God who manifested in the flesh and was called Jesus the Christ. Of the seven major religions in the world only two, Judaism and Christianity believe in a Creator and the others believe in a man or gods and goddesses. Let’s not deceive ourselves, we are allowing a doctrine that is contrary to Jesus Christ doctrine to come in among us whom main purpose is to destroy our doctrine if not to kill the infidel. The Prophet Amos said in Amos 3:3, can two walk together except they agree? Let me ask you, do the Islamic doctrine agree with Christian doctrine? Again the Apostle Paul said in 2Corinthian 6:14, what fellowship does light have with darkness? If the Islamic doctrine is contrary to Jesus Christ doctrine, then the Islamic doctrine is in darkness. Further Christian Principles on immigration is found in Numbers 15:14-16. Strangers in these verses is considered “foreigners” and these people was to give up their ideology or doctrine and convert to the Christian doctrine and if they refused to do so, then they were expelled from the nation. The Christian nations is to fight any other doctrine with the word of Jesus Christ thereby diminishing other doctrines by your deeds and through the vote and not giving breath to other doctrines by diminishing advertisement or exposure by our government. Now there are those that would say that this is the practice of discrimination but to their lack of understanding all governments discriminate against ideologies or doctrines that has the propensity to destroy their nation. Can’t the Islamic doctrine be analogize to that of murder in a Christian nation? Remember our Constitution was wrote for the citizenry of the United States and any foreigner that came over here after the Constitution was adopted had to comply with the statutes, ordinance or rules of this Constitution. Now since this Constitution was wrote with the idea that this was a Christian nation then all the principles that is in this document is based on the doctrine of Jesus Christ. Even though there are those who wish to dismiss this forgone conclusion like Barak Obama, Hillary Clinton and most of the Democratic Party, it can never be denied that our government deem this nation to be a Christian nation and not a nation of multiple religions. And for those of you who deem this nation to be a nation of freedom, the constitution say that we are free in God and not man.

This book is a MUST read. Anyone who care about the greatness of the United States and believe in the resurrection of Jesus the Christ will surely add to their stature by reading this book. This book speak to how Jesus Christ approached the social issues we face today and how the United States is blessed through the recognition of her failures.

Charles Brown host the radio talk show “Ambassadors of God” on WGIV satellite radio (103.3). He is a freelance/blog writer on Christian doctrines that is applicable to the social issues we face today. He received his Bachelor of Arts degree from Bethune-Cookman University located in Daytona Bch., Florida in the area of sociology and worked on his Masters’ degree at the University of Miami in Public Administration with emphasis on International Politics. After understanding the politics of society he eventually formed a passion for the Lords’ work and entered Maple Spring Baptist College in Maryland to study divinity.