My Life in and out of Religion, Sexuality, and Then Some 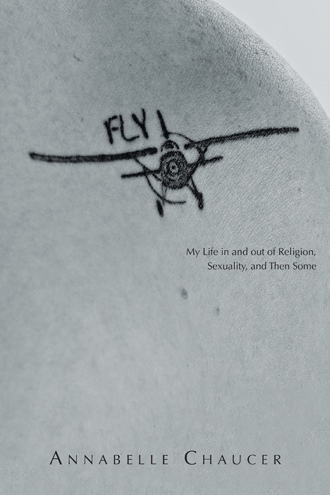 The Turning Point As I wearily trudged through the airport making my way to the baggage claim, my mind was on autopilot. I had not slept for two days now and the sixteen-plus hour flight with one stop in Chicago was sleepless as well. Exhaustion had hit a whole new level I had never experienced until this moment. “So this is what it’s like to be a zombie” I thought. My brain felt fuzzy and my attention was limited. I was numb everywhere except my left shoulder that had been harboring the majority of the weight I bore through a purse of essentials and an overpacked carry-on full of souvenirs. My right hand pathetically held the handles on each bag to keep my body in balance. Continuing to put one foot in front of the other toward the promise of home, I looked up to my gleaming target: Baggage claim. Unknowingly passing my sweet husband, I was determined to reach the large, silver turntable that was now spitting out luggage from my flight. In my defense he had grown somewhat of a beard in my absence and all my sense of recognition was gone. It had been a long month. As though I was being called through a fog, I turned toward him saying my name and sweeping me up in a long overdue embrace. I had waited for that hug for weeks and couldn’t keep the tears from flowing. It was so fantastic to finally be touched by someone that loved me. Being the loving man of service that he is, Ed took care of everything after that by relieving my shoulder, finding and retrieving my checked bag and then leading me to our car where I (unable to do anything but) followed dazed and confused. I was happy to finally be home. Once we arrived at our house, I was led to the bedroom and helped to get undressed for some much needed sleep. “Why aren’t you wearing your garments?” he asked looking at my bra and underwear. Without any kind of filter, I told him bluntly that while in Europe it was difficult to do laundry often so it seemed easier after a while not to wear them. On top of that, I began to have spiritual experiences to a point that I knew I didn’t need to wear garments in order to feel closer to or be protected by God. I don’t know if he thought I was just so tired that I didn’t know what I was talking about but he said, “Okay” and left to pick up our son from a relatives home. In his absence, I thought over my statement again and again; Questioning then doubting my own experiences. After only a few minutes, I had discounted myself enough that I started to put on a pair of my garments from the closet. As I made this action, I felt my throat tighten. Once the garments were on completely, I felt an extremely strong sensation of hands around my neck choking me. A wave of fear shot up inside to where all I could do was rip off my garments again in hopes that the feeling would pass. Which it did immediately. I thought to myself, “Am I done wearing these?” From which an amazing sense of peace and comfort filled my being. I then grabbed a spare box and packed up all my garments, taped it shut, and set it high on a shelf. Curling up in bed, I slept soundly for the first time in what felt like ages. At the time, I couldn’t dispose of my garments due to the small voice in my head doubting what I had just experienced. Doubting seemed to be a habit regardless of how powerful the experience I had just had. Also my mind retaliated through reason by reminding me that there are rules and regulations that temple clothing cannot be given away but instead purchased through proper lines of authority and worthiness. If I did want to do anything with them, I heard I would need to cut out the special symbols and then burn the fabric remaining...but then what was I supposed to do with the cut out symbols is beyond me. To me it was easier to put them out of sight and out of mind to avoid dilemmas such as these. To this day I haven’t opened that box or felt a need to wear the garments in any way. That day seemed to physically mark the beginning of the end of being a Mormon for me. Although throughout my lifetime, I had always been internally questioning what was really true about religion, spirituality, and God. I never really trusted myself enough to seriously ponder the legitimacy of what everyone else told me and then decide for myself if it was right; Let alone follow through. Up until this point, I could’ve probably been called a lemming, for lack of a better word, because of how easily I followed instruction and common belief. All in all, I had made a major personal breakthrough that day and have decided to never give up on allowing myself the opportunity to choose my own truth from thenceforth on.

Ever had a time of questioning your entire paradigm: The beliefs you were taught, the social stigmas to avoid, the awkward sexual experiences where you felt so alone? What if I were to tell you about my story? Flat out. For example: Growing up in an unconventional polygamous family, forming beliefs in a mainstream religion based on others expectations, then making the decision to back out whole heartedly, and being seen as lost and rebellious. All the while, finding out for myself what spirituality and sexuality really are in all of their aspects. Here is some of my journey, my truth, my blatant experience.

Annabelle Chaucer is a strong, compassionate, happy woman. Born and raised in the beautiful state of Utah in an FLDS community, Annabelle brings insight and inspiration to her readers. Being a wife and mother of two precious boys, she has worked hard to continue her dreams of adventure throughout life while staying true to her family responsibilities. Annabelle completed her Behavioral Science Bachelor’s degree in 2013 and is continuously working on educating herself and sharing her newfound knowledge with her entire network of family and friends. Her writing has been an amazing tool toward self-healing and a hopeful enthusiasm for many other women that can relate to her story. Annabelle’s unique writing style is both spirited and spiritual, captivating her audience and leaving them with a sense of excitement and a yearning for more.