"Yahweh is my Light" 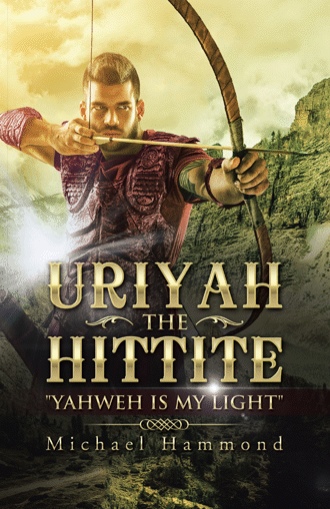 The charioteer eased his stance. Loosening the reins ever so slightly, he allowed the horses to slow to a walk, setting their own pace, as they started up the long, gradual slope to the top of the rise. A slope ascending so gently, it was distinguishable as a rise only because of the undulating flatness of the plain he was traversing. Ahead of him, in what appeared to his practiced eye to be three or four days of driving, the plain ended abruptly at the foot of a massive edifice of rock. An immense range of mountains sat in his path, as though some giant hand had fashioned them simply to demonstrate his supremacy, before picking them up at his pleasure, and gently, and firmly pushed them into the soil; much as the charioteer himself had done, when playing with stones as a boy. Or perhaps he thought, they had simply elevated themselves, asserted their bulky eminence and confidently rose to self-appointed prominence in past ages, in one of the upheavals of the earth, which were common in the land of his birth. Apart from several days of long rests, to diminish the burden of the journey for the horses, he had been driving his chariot towards these mountains for over twenty days now. Time to take a longer rest soon he thought as he eased his stance again, perhaps somewhere on the mountains themselves, before continuing the journey towards the Great Sea. The closer to the mountains, the greater he felt their massive dominance. At times, their snow-capped tops, sheer bulk, and uncompromising presence, were arrayed in metallic sheens in the sunlight; like a troop of giant mercenaries fixed in battle formation on the horizon, preventing the passage of an enemy. At other times, like the present moment, the whole scene was surreal. Ice encased faces were splendidly attired in the simplicity of long streamers; soft, silver and white mist, fleetingly coy and demure, then the next moment, pretentious and extra-ordinarily sublime. Caressed by gentle breezes, diaphanous swathes shifted unhurriedly. Tantalizingly translucent, they enticed the mind and scented the emotions. Their allurements danced across the mountains as they sat in their allotted positions, in stark contrast to the lower slopes, which were obscured by the heat haze that lapped thickly at their feet; emanations out of the parched soil on the plains and the implacable dust of summer’s sun. The scene ignited dormant joy in the charioteer’s heart, and filled him with a wonder he could not begin to frame with words. He would have given much to be able to drive his chariot at full battle speed across their summits, his imagination fired with the thought of the exhilaration of such a charge; the breath of clear, crisp and invigorating air and well-seasoned muscles; taunt and expectant. Such a charge, onward and upward, the glory of overcoming each summit, would surely be comparable he thought, even to the grandeur of a soaring imperial eagle. The charioteer laughed aloud at his thoughts, and then, ever the soldier, halted his horses and turned to carefully inspect his closer surroundings. Where herds of sheep had been allowed to overgraze the land, his eyes scanned country seemingly devoid of life. He watched as a gentle swirl of wind softly lifted the dust from the brown stillness of a field’s surface, and tossed it like a dancer’s scarf, pirouetting in graceful sweeps across the parched earth. Before spent and exhausted, the breeze died and the scarf dissolved. Each speck of dust wafting unhurriedly down to the ground, where joining its companions it waited, until either another breeze, or the long awaited return of rain, stirred hope. The sheep were long gone. Having scoured the grass and grain stubble left from a remote harvest and denuded the land, they had been moved on by their keepers. The silence and stunted brushy scrub in the distance, were suitable companions for the starkness of the scene. Echoes from his own past, of shepherds calling to their charges rang in his ears as he continued to contemplate the landscape. He was glad his father could not see the scene. It would have broken his shepherd's heart. If the winter was savage and the snow deep, there would be a lean, killer season for the poor in this area he thought. As a soldier he was practiced at killing, but this was killing of a very different sort. In the far distance, where the road curved behind a low hill, the charioteer saw what he thought to be the tops of a stand of trees. Shade enough there, maybe, he said to himself and with a word of endearment to the horses, had the chariot on the move. Time passed, slowly, and on arriving at the trees, he turned the horses away from the rutted and thick dust of the roadway and into their partial shade. His practiced eyes, shielded under an outstretched palm, skirted the countryside once more. He could see nothing. He was alone.

Uriyah the Hittite is a narrative of God’s call on a man, of his heeding the call, of his integrity and the price he paid. The narrative opens in the land of the Hittites with Zohar, a Hittite charioteer, driving his chariot across the Anatolian Plateau towards the Taurus Mountains. Zohar, whose father was a shepherd, has been fashioned by war into a skilled soldier and Chariot Squadron Commander in the Army of the Hittites. Follow his journey from being a pagan, dedicated at birth to a demonic entity and then set free by the grace and love of God. God gives Zohar a new name … Uriyah (Yahweh is my Light) and calls him. Uriyah immediately heeds the call. Travelling from the land of the Hittites to Israel, Uriyah encounters life changing adventures, rescues some of God’s people and experiences profound and insightful conversations. In Israel, he journeys to Jerusalem and to new opportunities and relationships. He discovers romance and God’s rendezvous, encounters and destroys the works of darkness, performs heroic deeds as one of King David’s mighty men and knows betrayal, heavenly lights and freedom. The mighty men, warriors (of David were) ... Uriyah the Hittite.” 1 Chronicles 11:26,41

Michael Hammond knows the power of words to nurture and build up. He loves crafting words, using them to paint pictures. Michael has a passion for reading and its creative power to enable us through our God given imaginations to experience glorious adventures and go on wonderful journeys. He has significant experience with young people and their families, including students with specific support needs across a wide spectrum of educational settings. Since his dramatic encounter with God in late 1992, he has witnessed the power of God’s Holy Spirit to change lives, bringing encouragement and hope to the lonely, lost and afflicted. Michael is active in prayer ministries and teaches on subjects such as: the Love of God; God’s power to heal broken hearts; make whole and set people free; spiritual warfare; the power of forgiveness and walking in victory over anxiety and apprehension. Michael is married to Kathryn and currently lives in the Hunter Valley, Australia.