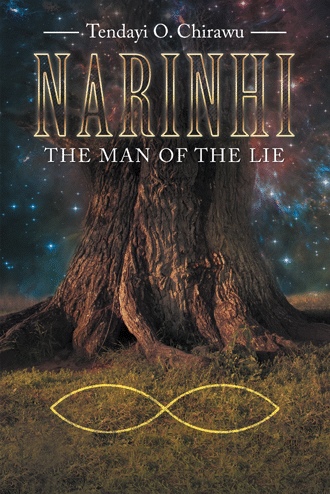 I was in a garden expanse with beautiful green trees everywhere. A rainbow haze floated like fog. I looked around and saw one tree in the distance that stood out to me. There was nothing especially unique about it; I just couldn’t take my eyes of it. I started to walk toward it but something made me stop—a scream accompanied by flapping. For a moment I thought it was a bird but then I saw a large winged shadow on the ground and knew there was no bird in existence that possessed a shadow like that. Slowly I looked up, afraid of what I would see—and indeed, when I did see I regretted having looked. It looked like a woman covered in scales instead of skin. Her face was blurry but in the place where the eyes would be positioned there was a purple glow, and she had a tail swinging behind her menacingly. I was afraid—so terrified that I stood welded to the spot. Was I to run, or stand and offer some kind of resistance? She landed in a tree a few feet away from me and perched on a branch. She squatted on her haunches, never taking her purple eyes off me, poised to attack. Suddenly her posture changed and I knew this was the moment. She launched herself toward me. I saw now as she drew closer that her wings were attached to her arms as though she were holding the wings up. Her hands were reptilian and accented by ominous claws. I closed my eyes and dropped to the ground, not caring that I was soiling my clothes. I was beyond panic now as I heard a scream rip through the air. I couldn’t see her but I heard the flapping of wings and knew that she had made a U-turn in the air. She had missed me the first time but she was coming back and I was the king: she had me in check. My heart beat so furiously that my chest hurt and I thought it would break through my rib cage. The hairs on the back of my neck stood on end and the tingle of fear danced up my spine as she closed in. I woke up gasping and sat bolt upright in one fluid motion. I was breathing hard like I had run a marathon. No matter how deeply I inhaled I couldn’t get enough air. I felt moisture trickling down my cheeks. I raised my hand and dabbed at my cheeks…tears. I fumbled to find the bed lamp switch and was too relieved, when the light broke through the darkness, to feel the sting in my eyes. Across from my bed another bed lamp went on. Brandice squinted a little and then stared at me stupefied. I looked down, feeling shy and not knowing what to do. After what seemed like the longest while Brandice got up and went to the bathroom. I heard the tap being turned on and the sound of running water followed. I was relieved; I hoped she would pretend not to have seen anything and come back to bed. I wiped my tears with the back of my hands and my pajama shirt to completely dry my face. I heard the tap being switched off and Brandice’s footsteps drawing closer until she stood in front of me. I didn’t move or say anything. She sat down slowly on my bed so that we sat next to each other. She raised her hand and in it she held a face cloth which was damp. She hesitated the way a chameleon does before it finally puts one foot forward but eventually placed the face cloth on my face. She dabbed slowly and gently all over my face. The coolness of the cloth made me feel fully awake and a little more in control. When she had dabbed the entire surface of my face she paused and lowered her hand, avoiding my gaze by looking at the face cloth in her hand. “Thank you,” I managed in a shaky and raspy voice. She nodded. “Bad dream,” she said, more as a statement. I sighed. “I don’t always have them but when I do they’re so vivid. I think if the dream were to continue I would never wake up.” I shuddered. She looked at me, concerned. “Do you want to talk about it?” she asked sincerely. “No…thank you,” I replied. Her expression changed to apprehension. She got up slowly, leaving the wet cloth next to my bed on the side table. She went back to her bed, got in it and turned off the light. “Brandice?” I called softly. “Can I keep the light on for a bit?” She lay motionless but answered, “Sure.” I looked at the alarm clock radio next to the lamp: 04:00. I crept out of my bed, went over to my backpack and searched as quietly as possible until I found what I was looking for: a little black hard-cover book. It had an elaborate design of four horses etched into the cover. A magnetic flap kept it closed. I opened the hard cover and stared at the Irish-lined beige first page. I had written a date and an entire page worth of content. I flipped through it until I got to a clean page. This would be my first entry in the dream journal since I got to Paris. Arisa had bought the book for me because she believed remembering the dreams would help me understand what they meant. Personally I didn’t think recounting my night terrors was especially therapeutic but it helped pass the time after I had woken from a nightmare and was too afraid to attempt going back to sleep.

K ai, a freshman at an international university in Paris, troubled by portent dreams since childhood is happy to be oceans away from her stifling hometown. She befriends Jarvis Chapter, a mysterious student haunted by the disappearance of his brother, Umbriel, in Southern Africa. While her duty to God is clear, she struggles to reconcile her hopes of fitting in among her peers and juggling the pressure of maintaining good grades. Unable to ignore the call placed on her life despite her insecurities and fears, her life is thrown into turmoil of biblical proportions when she is attacked by a humanoid in her apartment. She is forced to come to terms with the existence of the world in-between and her role in the fight for the world.

Tendayi is a writer based in Paris who writes about the new African experience, travel, books, and women. She has an MA in Global Communications and Civil Society. She has worked and volunteers with various NGOs and currently works in communications and quality control. Follow her on twitter @tendayiolga or visit her website: tendayichirawu.com