Creating a Wholesome Human Being 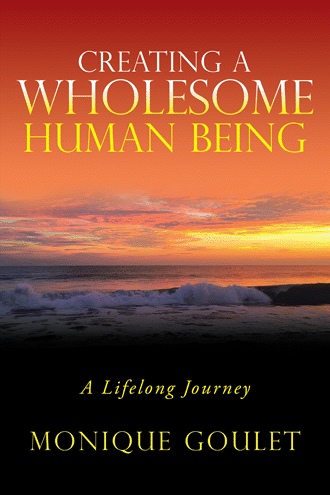 This is a true story about a girl who was born on Thanksgiving Day in 1936 to two French Canadian parents. Throughout her life, she experienced mental, emotional and physical distress caused by her father’s disease of alcoholism. Neither parent understood the dynamics of alcoholism and the consequences of an alcoholic’s behavior on the entire family. Revealing her ancestors’ genetic predisposition to alcoholism helps to understand how every generation can inherit the disease. Monique never felt that she belonged in her family, therefore she went on a lifelong journey to discover her true authentic self. She managed to connect to universal energy and allowed her spiritual masters to guide her life. She learned that evaluating lessons learned from negative events altered her emotional attachment to each event. She desperately wanted to heal herself and her family members, therefore she became a nurse to discover the different methods of healing. When the use of medical technology failed to heal her or her family, she became interested in alternative methods of healing. She joined the American Holistic Nurses Association and found that Reiki energy healing helped her heal her body, mind and spirit and transform her life. Throughout the course of her life, a Shaman showed up to introduce her to Shamanic healing technology. She eventually she became a Shamanic practitioner and currently uses Shamanic and Reiki energy to heal herself and others. Monique underwent twenty years of intensive therapy to grieve the suicide deaths of her father and two brothers as well as the death of her first child. Therapy also helped her get through her divorce. She learned how the words, messages and behaviors of parents, educators, social media and peers affected her emotions and behavior. Identifying the negative thoughts, irrational beliefs and suppressed emotions that impacted her life in a negative manner was the most difficult part of her recovery. Because she had developed strong survival skills to keep her safe from harm, she felt fearful when her therapist told her that she needed to let go of her mask of pretense. Becoming an Addiction Counselor helped Monique gain the knowledge she felt she needed to heal the alcoholics in her family. After years of enabling and rescuing her family members, she learned to allow them to be responsible for the consequences of their actions. She knew that she had finally become a wholesome human being once she identified the healthy changes in her body, mind and spirit.

Monique Goulet’s own therapeutic healing experiences allowed her to help others uncover core issues preventing physical and mental wellness. Through her private practice “Source Healing”, she utilizes her extensive knowledge and skills as a Registered Nurse, Holistic Practitioner, and Addiction Counselor to heal her clients. She gives Reiki, Shamanic healing sessions to balance and release emotional and physical blockages within one’s body.