The Evolution of Existence into Experience 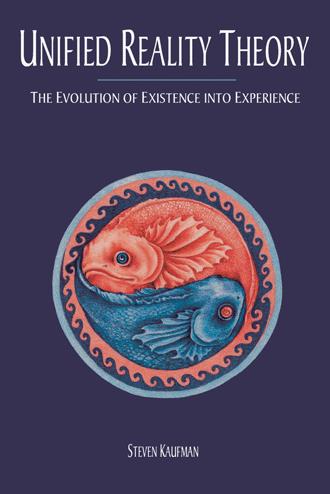 In 1859, Charles Darwin published a book titled On the Origin of Species. In that book, Darwin proposed a theory of natural selection or “survival of the fittest” to explain how organisms evolve into different species. The book you’re now reading is a sort of cosmic version of Darwin’s treatise and could have been titled On the Origin of Reality, inasmuch as its purpose is to present a theory that explains how existence evolves into reality. In Darwin’s theory of natural selection, the mechanism underlying organic evolution is mutation. In the theory presented in this book, the mechanism underlying existential evolution is self-relation.

Some people are curious about the nature of their surroundings, while others aren’t. One attitude is ultimately no better or worse than the other; each just leads to different activities. Darwin was no doubt a curious person. I, too, am one of the curious people. Among other things, I’d like to know where I am and how I got here. It would also be nice to know just what “I” really is!

Through the efforts of modern science, it has become apparent that we reside on a planet in a solar system which resides in a galaxy, which itself resides in a universe full of such galaxies. Science tells us that the stuff which is found in this universe—e.g., the planets, the stars, our own bodies—is composed of energy in the form of matter. Together, all of this energy and matter is called, collectively, physical reality.

For the past hundred years or so, physicists have been trying to develop a unified-field theory, a theory that would show how all the different types of energy are manifestations of a single underlying field or force. In this way, physicists are seeking to account for the whole of physical reality within the context of a single unifying physical principle. So far, they haven’t been successful, and even if they were, such a theory wouldn’t account for everything that’s known to exist in the universe, for the universe also contains the nonphysical realities we call awareness and consciousness.

In order to satisfy my curiosity, what I wanted was not a unified-field theory, not a way of explaining only the physical aspects of existence, but a unified reality theory, a way of explaining both the physical and nonphysical aspects of existence within a unifying context, as the manifestations of a single underlying reality. Being a do-it-yourselfer, I took it upon myself to develop such a theory. This book is the result of that effort.

The context within which this unified reality theory is developed here is existence in the largest possible sense. In our day-to-day lives, while we encounter countless realities, both physical and nonphysical, all of these realities occur within the unifying context of existence. That is, there exist different realities, but what all realities share in common is that they exist. Existence is the common denominator of all realities, and so it’s the starting point from which the unified reality theory is developed here.

Thus, this book is titled Unified Reality Theory because within it I present a unified model of reality that explains reality as the manifestation of a singular or unitary absolute existence which has consciousness as an attribute that’s intrinsic to its nature. It’s subtitled The Evolution of Existence into Experience because this unified model of reality is developed by describing how that absolute existence evolves from an undifferentiated state of consciousness into a differentiated state of awareness of experience—a differentiated state that’s not other than what we, in this moment, are aware of as experiential reality.

Constructing a unified model of reality is to some degree analogous to assembling a picture puzzle. The first thing we generally do when beginning to work on a puzzle is get all the pieces out of the box and laid on the table. We then orient all the pieces face up so that we can use the bit of image appearing on each piece to help connect it with all the others. Next, we usually put together the outer rim of the puzzle first, so as to define the boundaries and provide context for the inner construction. We can then begin to build from the rim inward, or some inner portions may be fitted together easily because their connecting pattern is quite distinct. Eventually, a unified and cohesive picture emerges as we join the individual pieces together into an interconnected whole.

The sequence of events in assembling a picture puzzle may vary from person to person, yet there remain basic steps we must take if we’re to eventually come to the point where we’ve completed the picture. Thus, in order to complete the picture, we must first accept that the disconnected pieces in the box represent different somethings which have the potential to come together as an interconnected whole. We recognize this potential because we understand that at one time all the pieces existed as an undivided whole which was then cut up, thereby creating the now-separate pieces. Recognizing that all the pieces existed previously in a state of unity allows us to feel comfortable that our effort of reconnecting the pieces will eventually result in their assembly into a completed picture.

Likewise, if we’re to undertake the task of constructing a unified model of reality, we must begin with an assumption and an acceptance that the different pieces of reality we have to work with did at one time, in some way, exist in a state of undivided wholeness. Unless we make this assumption at the outset—namely, that what we experience as the apparently separate pieces of reality have the potential to come together in the form of an interconnected, unified whole—then there’s really no point in our taking the pieces out of the box in the first place. 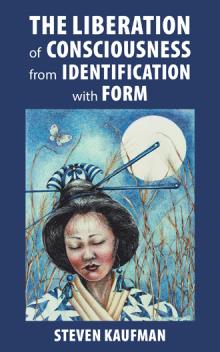 The Liberation of Consciousness from Identification with Form
Steven Kaufman
£10.95

“Unified Reality Theory demonstrates that the source of reality is a universal consciousness, and that we are in no way separable from that source, and so in no way truly separable from each other or any other aspect of reality. I recommend this book to anyone interested in understanding the nature of reality and their place in it.”

Unified Reality Theory shows that, most fundamentally, this absolute consciousness-existence evolves into reality by means of a single process: self-relation. That is, consciousness-existence becomes reality by forming relationships with itself, analogous in a very limited way to what happens to a rubber band that’s twisted upon itself, i.e., it remains whole while differentiating into other forms.

Thus, Unified Reality Theory demonstrates that reality is a state of existential self-relation. The idea that the universe consists of existence which has formed relationships with itself isn’t new; Taoists have understood this idea for at least a couple of thousand years. What’s new here is the presentation of this idea in the form of a detailed and defined structural model that correlates with the behavior of physical reality as described by science in general and physics in particular.

Ultimately, Unified Reality Theory uses science and logic to make the case that God exists, as a pervasive and absolute consciousness that transcends the realities of space and time, and that we, as well as everything else, are that!

While a premed undergraduate at the University of Illinois, I gave up religion and became a materialist after my first course in anthropology. During my first course in physics, after learning about wave-particle duality and uncertainty, I gave up materialism and decided to look at the relation between consciousness and material reality in the light of these phenomena, unhampered by the usual scientific preconception regarding that relation, which assumes consciousness to be a product of material reality. And so, dissatisfied with what religion had to say about the nature of God and with what science had to say about the nature of consciousness, I set out to find a reasonable and rational explanation for both. This book is the result. I presently practice medicine in Milwaukee and continue to spend my spare time exploring and writing about the relation between consciousness and reality.