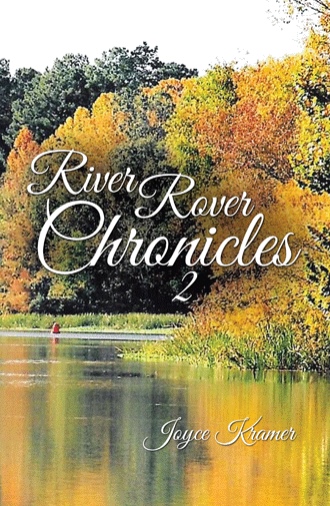 Unintentionally, the fort had become a haven for runaways and criminals, sort of like a hole in the wall hideout. Raiders interfered with river boats carrying supplies up north and goods down to the other settlements to the south. Now the new owners of the fort, used the military gear left behind by the British to attack the Americans. Under the leadership of a man named Garcon and a Choctaw chief whose name is unknown, the warriors of the Fort would launch their raids. The United States came to consider it a center for hostility and above all, a threat to the security of the inhabitants here. It was decided that something had to be done and General Andrew Jackson was the man to do it.

Jackson was not big on diplomacy. He realized that his official protest made to the Spanish government in early 1816, in which he threatened to destroy the fort if the Spanish did not put down the activity there, did not produce any results. Therefore, on April 8, 1816, he ordered his subordinate, General Edmund Pendleton Gaines, to destroy the fort, regardless of the fact that it was in Spanish territory. The American frontier dwellers were all for this action and applauded his decision. The need to control the rivers was always known, but this power became urgent when an expedition from New Orleans was being planned to bring supplies to Fort Scott, up on the Flint River, to the starving soldiers and settlers there.

In charge of this convoy was Vessel Commander, Sailing Master Jairus Lomis, of the flagship, U.S. Gun Vessel #149. Second in command, was Sailing Master James Bassett of the escort, U.S. Gun Vessel #154. They were assigned to protect the schooners, General Pike and Semillante, as they carried provisions and military stores up to the Flint River. Since all of the vessels attempting to go up the Apalachicola River from Apalachicola Bay had run into opposition, this armed escort was considered a necessity. Meanwhile, General Gaines was about to get his wish. He was told he could attack the fort at his discretion. He was just sitting and waiting for an excuse. This came only ten days after General Jackson had put him in charge.

The leaders, Garcon and the Choctaw chief, seized and killed the crew men from several American supply vessels. These captives were shot by at least 40 attackers, who hid in ambush in the foliage along the river banks. Of those who were killed in this attack were Captain Luffborough and crew men Maitland and Burgess, who were dead immediately. A Seaman Daniels was taken prisoner. Seaman John Lopaz escaped when he swam to safety. It was Lopaz who was rescued from a sandbar by another passing boat and he recounted the story. Several days later, Gaines found out that Daniels had been coated with pine straw and burned alive by his captors. General Gaines was ready to retaliate.

Meanwhile, the large supply convoy was making its way from New Orleans. After a long, storm tossed voyage, it had finally reached the mouth of the Apalachicola River. Colonel Clinch, who was in charge at Fort Scott, sent a friendly Indian, Chief Lafarka, ahead with dispatches requesting that the convoy wait until he could meet them with a detachment of men. Because of all of the troubles, he feared that they would need the assistance to further journey up river to Chattahoochee, Florida, and then on to Fort Scott. It was Chief Lafarka who brought the news of the deadly encounter of the previous convoy to Sailing Master Lomis as he waited to proceed.

As Clinch’s troops from Fort Scott came down river, they were joined by a band of Creek Indians led by Chief McIntosh, a half breed Creek and his 150 braves, including one called Mad Tiger. Although the meeting was accidental, Clinch took advantage of it to have the Indians join with his forces. Planning their attack, he promised some of the supplies on the boats to go to the Indians.

The juggernaut of fate had now picked up the pace and is about to come to its head. Let us place all of the players. There is a convoy of ships coming up the Apalachicola River from New Orleans loaded with supplies for the starving soldiers and settlers in Fort Scott and the surrounding areas. We also have an armed flotilla with 2 gun boats, 1 carrying an 8 pound cannon, coming up the Apalachicola River just ahead. General Gaines and his men, the troops from Fort Scott under Colonel Clinch and the Creek Indian allies, all headed towards the Fort. Inside the fort are the outlaws intent upon seeing that these supplies do not get through.

On July 22nd, the soldiers surrounded the Fort. However, Clinch knew that the fort was so well constructed that only a direct hit by heavy artillery could make the attack succeed. The boat, Semillante, was carrying the answer, an 18 pound cannon. Clinch decided to wait for this ship before attacking. In the meantime, he tried diplomacy and under a flag of truce, told the warriors at the fort to surrender. The leader, Garcon, was abusive and said he would sink any American vessel that attempted to pass. He then raised the British flag over the fort as a symbol of defiance. The men of the Fort opened fire first. They shot at the vessels coming their way. However, they were inexperienced at using the cannons that were set in place by the British when they built the fort. Therefore, their aim was way off and their shots fell short.

Sailing Master Loomis used the light 12 pound guns on his vessel, #149, to fire 4 ranging shots to judge the distance. One of the shots went entirely over the fort and landed in the huts behind it. Three other light cannon shots hit the high, earthen walls but could not get through this strong fortification.

Because the light cannon fire was ineffectual, one of the gunners thought of shooting the cannon balls in the form of a “hot shot”. This is a cannon ball that is heated until it glows red. Then, it is dropped into the mouth of the cannon which is thickly wadded to prevent the gun powder from igniting too soon. The men on the #149 probably heated the cannon ball on the galley stove. When, this fifth shot was fired, red hot from the cannon’s barrel, it found its mark inside the fort. It hit the powder magazine. The result was hell on earth in the form of a tremendous explosion that was heard more than 100 miles way, in Pensacola, Florida.

Let us take some time to digest what had happened. That magazine was so full of ammunition that the explosion of it all completely destroyed the Fort. Several eyewitnesses say that it seemed to cause the ground of the fort to rise up in the air several feet. At this time, it was occupied by around 300 people of which 200 or so were women and children. All were killed as the human bodies were thrown in all directions along with tons of debris. Of the total of occupants, only three were uninjured and only fifty were saved, but most were seriously burned or wounded.

The awesomeness of the explosion momentarily stunned and slowed Colonel Clinch’s attack. However, they soon recovered from the shock and not realizing the scope of what had just happened, rushed into the fort whooping and hoping to kill, scalp and plunder. When Clinch saw the awful scene, he quickly went amongst the Indians which were celebrating. He attempted to quell what they had in mind. However, the screams and cries of the wounded and the dying mingled with the Creek war cries as the acrid smell of gunpowder and burning flesh filled the air. The ground, soaked red with blood, the sight of detached arms and legs from bodies which were thrown all over the area, even up into trees, caused the most battle hardened soldiers to retch.

Southwest Georgia’s past is like a kaleidoscope. Each turn presents more happenings and more adventures. In River Rover Chronicles 2, we will go on a journey that will take us back through time to when Georgia was born. Then, we venture on ahead to the present.

We will take part in the events which shaped our heritage. In this book, you will learn of an explosion of such magnitude that it was felt hundreds of miles away; hunt the largest bird to ever exist on Earth, which lived in Georgia; meet pirates and the feisty girl that tamed them; make your way through a dense swamp to survive an Indian battle, and more. So, come along—if you dare!!

My fascination with history started when as a little girl, I would play for hours in my Aunt’s attic. It contained many “treasures” from the by gone days. I would look through her old photo albums and try to think what life must have been like way back then.

With the imagination of a five year old, I transported myself back in time where I’d be riding in a horse drawn carriage or wearing the long dresses of a Gibson girl of the 1800s or the short, spangled dresses of the 1920s flapper.

There is also my love for the water. Having lived my early life on the shores of Lake Erie and also living on an island, water and boats are essential to my happiness.

All of this sparked a fire which has burned within me my whole life and it hasn’t diminished one bit. I love putting myself on the banks of our rivers and becoming an early settler or a pirate or a woman trying to survive in a sometimes hostile world.

I also love to do the research and uncover little known information to enrich the stories. I feel like a cold case detective, something which, if I could, I’d love to be.