My Life in Prison

An Education of the Heart 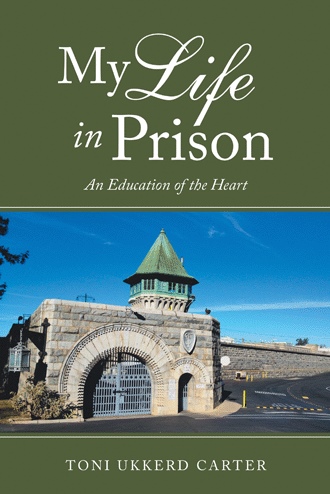 ”It is better to raise strong children than to fix broken men.”

The practice of discrimination is highlighted upfront to put this story in context. First of all, why does any correctional facility perpetuate and condone racism on a whole scale level? Whenever I had to cross that infamous Folsom Prison yard to get to the Main Education Building, I could clearly see different groups congregating in different areas of the yard. This practice was allowed to go on the entire length of my employment. It existed before I arrived and I’m pretty certain, it continued after I left.

Different gang members claimed their section of the yard and others could not stop without cause in those areas. The prisoners were not allowed to be housed together even if it was their request; a practice enforced by the prison. This broad practice fell under the umbrella of safety, security, and control. But, I always appreciate when someone who is tired of the status quo, decides to challenge illegal/questionable practices. Why are we doing this? There has to be a better way.

For years, this policy was allowed to exist until a prisoner filed a law suit to have this discrimination policy changed. The following is from an article published online by RT©Autonomous Non-Profit Organization on April 13, 2013.

Though correctional officials with the State of California deny racial targeting, some inmates have come forward with complaints, and in 2011 filed a class action lawsuit claiming racial discrimination.

Robert Mitchell, an inmate at High Desert State Prison, testified that he had been swept up into recurring lockdowns because he is black, and had suffered muscular atrophy and pain as he was prevented from exercising a leg injury.

Hanif Abdullah, another black inmate suing the state, says he was placed on “modified programming” multiple times, and was kept from attending religious services as well as receiving adequate health care. Modified programming refers to security situations requiring that inmates be prohibited from seeing visitors, visiting the prison yard, or even from attending classes and drug rehabilitation meetings.

In 2005, the US Supreme Court ruled that racial classifications must be limited to a narrowly defined and compelling “state interest.” In its opinion brief, which pertained to racially segregating prisoners prior to entering a new correctional facility, Justice Sandra Day O’Connor wrote, “When government officials are permitted to use race as a proxy for gang membership and violence ... society as a whole suffers.”

Currently, California is the only state in the country known to employ race-based lockdowns, according to the ACLU National Prison Project.

And, the following is an excerpt from an article published by Christine Thompson in PRO PUBLICA ON APRIL 12, 2013:

In several men’s prisons across California, colored signs hang above cell doors: blue for black inmates, white for white, red, green or pink for Hispanic, yellow for everyone else.

Though it’s not an official policy, at least five California state prisons have a color-coding system.

On any given day, the color of a sign could mean the difference between an inmate exercising in the prison yard or being confined to their cell. When prisoners attack guards or other inmates, California allows its corrections officers to restrict all prisoners of that same race or ethnicity to prevent further violence.

Prison officials have said such moves can be necessary in a system plagued by some of the worst race-based gang violence in the country. Just last week, at least four inmates were taken to the hospital after a fight broke out between over 60 black and Hispanic inmates in a Los Angeles jail.

The labels “provide visual cues that allow prison officials to prevent race-based victimization, reduce race-based violence, and prevent thefts and assaults,” wrote the California Department of Corrections and Rehabilitation, in response to a lawsuit.

But legal advocates say such practices are deeply problematic. “I haven’t seen anything like it since the days of segregation, when you had colored drinking fountains,” said Rebekah Evenson, an attorney with the nonprofit Prison Law Office.

A federal class-action lawsuit filed in 2011 by the Prison Law Office says race-based restrictions are an ineffective and unjust way of keeping prisoners safe. “Rather than targeting actual gang members, they assume every person is a gang member based on the color of their skin,” said Evenson, one of the lead lawyers in the case.

State and federal courts have ruled against the practice multiple times. One state court judge concluded in 2002 that “managing inmates on the basis of ethnicity” was counterproductive, and instead increased hostilities among prisoners.

This book was born from the questions of family, friends, and strangers who were curious about my work as a teacher in Folsom State Prison in California. It is a collection of true and memorable experiences that highlight my spiritual journey through the belly of this beast. Enjoy reading about life in this community, prison operations, education in prison, and the fun this teacher had connecting with her captive audience.

Toni Ukkerd Carter is also a contributing author to Chicken Soup for the Prisoner’s Soul; Serving Time, Serving Others and Serving Productive Time. She received a BA from Wayne State University in Detroit, MI; a MA from California State University-Sacramento, CA; and is a certified anger management facilitator (CAMF). Before becoming a teacher for the state of California, she briefly taught in Detroit public schools. She is from Lawrenceville, NJ, but now resides in a suburb of Sacramento, CA. Toni taught at Folsom State Prison for two decades, and she now enjoys speaking, writing, and traveling.