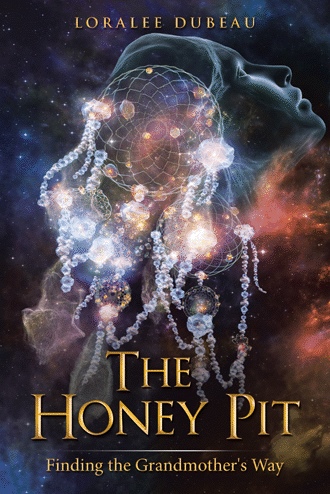 As I sit on this hill, far across the country in an unfamiliar and harsh setting, I am beginning to wonder why in the hell I chose to do this. The temperature is a blazing 115 degrees and scorching my skin. I am praying to ask for guidance as to why I was led to Texas on this initiation quest.

Nine months ago it all made perfect sense. Several of the women from our lodge community were offered this opportunity to participate in a women’s ceremony and four of us had agreed to start the process. Due to the demanding nature of the preparations, the other three women decided they could not complete the requirements. So now I find myself, the only New Englander crazy enough to commit the ceremony.

Within a few hours, I was left with forty or so women from all parts of the United States. They had come together as a women’s society to support those who came every year since the ceremony had been brought back into practice.

I sit here, separated from the one other woman from Texas who, like me has also completed the nine months of preparations. I wondered if she was questioning herself on the other side of the hill the way I was, what in the hell have I gotten myself into?

When I had arrived on the land in the small town of Wizard Well, Texas, I was met by locusts. The swarms had arrived like a dust cloud and were flying and jumping everywhere. The noise was a never ending sound of mastication of the tall grass that made my skin crawl. I felt I was in a western horror flick soon to be eaten alive by a plague. Many of them jumped into my mouth and entangled in my hair when I tried to greet and get acquainted with my soon-to-be sisters. I had traveled to many places in the southwest and had seen dangerous snakes, scorpions and spiders, but the locusts were unbelievable!

So now I sit, with the sun beating down on me and burning my skin. I am fasting and my throat is parched. Perspiration from my body is making my cotton dress stick to my form like a second skin, while the sound of locusts swarming and chewing is making a crazed unbearable noise. I don’t know if I want to scream or cry.

After countless pleads with the sun, begging for a cool breeze of some clouds, my prayers were finally heard. The sky began to darken and the clouds blew into formation. The clouds became black in the sky and the wind grew more vocal. The temperature dropped, as the coolness of the wild wind bent the tall grass as it bowed to a higher power. I watched the sky and saw a small funnel start to form.

“Oh no,” I cried. “Please Spirit, not a tornado! Please let this pass. Please protect this land, the critters and the people. Oh Thunder Beings of great power from the west, please pity us all.”

I rose and stood in reverence to what I was witnessing, the birth of a tornado and the balance of nature. I raised my arms above my head holding burning sprigs of cedar in a shell as an offering.

The growth of the funnel cloud seemed to be stalling as it came closer. As it moved quickly overhead, the sky changed to a pinkish-gray, brightened for a moment and then unleashed a torrential downpour of golf ball size hail. The ice balls were pelting me as I covered my head with my arms. My legs were calf-deep in ice balls. I cooled off very quickly as the storm and funnel disappeared and the hail passed. I began to shiver.

I offered a long prayer of gratitude for my life and the mercy that nature had shown me. Hail had certainly been much more forgiving than a tornado.

My attitude adjusted. I was no longer distracted by my uncomfortable situation or questioning my being here in this moment. I had been on a spiritual road all my life and had seen this moment once again, as a sign of how quickly one’s life and perception can be transformed. I continued to pray for a vision for my life and the initiation into the women’s society. I prayed for hours and began my deepened altered state of awareness. 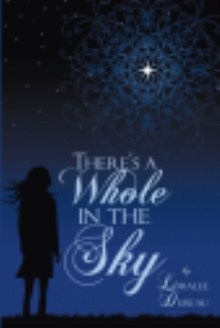 The Honey Pit: Finding the Grandmother’s Way is a novel that will have a powerful and inspirational effect on all women. The teachings are timeless, enriching and thought provoking.

The story chronicles the mystical experiences of New Englander Laurel Cannon, who at age forty finds herself divorced from a short-lived marriage.

Laurel’s practice of Native American ceremonies leads her to a women’s society initiation and on an inspirational journey to uncover and heal her buried sadness.

After nine months of preparation, Laurel finds herself questing alone on a hill in the scorching heat in an isolated Texas town, hoping to find clarity to deal with life’s challenges.

After a series of encounters and teachings from an elder Native American woman, Laurel finds herself entering The Honey Pit - a place for healing deep within.

In the end, she envisions a path of empowerment by embracing the teachings, her feminine self and sacred purpose.

Loralee Dubeau is a flower essence, dream and intuitive consultant, lecturer, teacher and follows the Native American ceremonial path. She is an elder teacher of the Good Medicine Society, a universal life minister and author of There’s a Whole in the Sky. Loralee lives in Charlton, Massachusetts with her husband Paul Samuels.