Collection One for Children of All Ages 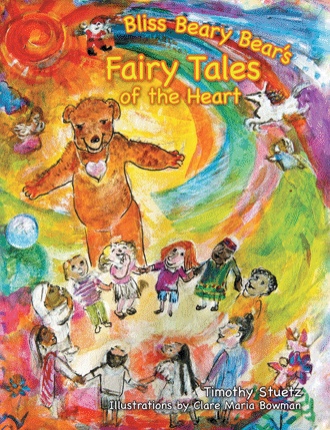 “Starlight, starbright, first star we see tonight, wish we may, wish we might, have the wish we wish tonight.

We wish to discover a new land—A LAND OF LOVE!”

Then, rising from their hearts, passing through their throats and foreheads and up through the center of the circle, their wish formed a beam of golden-white light that rocketed skyward.

It zipped straight toward The Great Bear Constellation at an incredible speed.

When it arrived, oh what a sight!

Every star in The Great Bear Constellation lit up like a thousand suns had burst!

The children were literally star struck.

With eyes round as full moons and mouths hanging open in wonder, they gazed upward at the heavenly spectacle.

Deep within they knew their wish had found a home.

Their pounding hearts felt like they would leap right out through their chests.

After a few of your Earth seconds, the stars of The Great Bear Constellation returned to their normal brightness.

As they were dimming, my mysterious Blue Pearl Star Ship formed around me.

When the last star had pulled the shade over her brightness, I blasted off, setting course for The United Nations, New York City, U.S.A.

From Earth, the Blue Pearl Star Ship must have looked like a thousand falling stars.

Traveling at a speed faster than a flash of lightning, she zipped through space, leaving a trail of Star Shine strung in her wake.

Before the children even had time to look at one another, there I was.

As the Blue Pearl Star Ship disappeared and I started toward them, questions flew at me from all directions.

“What kind of far-out spaceship was that?”

“Are you from that new land we wished to discover?”

“A Bliss Beary is the sweetest, most delicious fruit in the Universe.” I replied with a big smile.

“Eating just one makes your mind very sharp, your body tingle from head to toe, and your heart bubble with bliss.”

“Bliss is a deliciously incredible feeling.” I explained.

“It’s a wonderful feeling beyond happiness."

"A feeling beyond Joy."

"It’s even a feeling beyond feeling!”

Before I could finish asking the children if they wanted to feel bliss themselves, Ming-Lee jumped in with, “Why do you wear that heart around your neck?”

“Yeah,” added Golda, “our hearts are inside our bodies.”

“Oh, I have a heart inside my body too.” I chuckled in delight.

“It pumps my blood to keep me alive."

"But this heart, on the outside, is the heart I love with."

“It’s also quite magical.” I whispered.

“You can look inside this heart and see all sorts of things.”

“You’ll find out in just a few moments.” I comforted.

“As to your questions about the kind of spaceship I travel in and where it went: I travel in a Blue Pearl Space Ship that moves so fast you barely see it.”

“Usually you just see the trail of Star Shine it leaves.”

“Where’d it go?” Anwar asked, still trying to figure it out.

“Inside me.” I responded.

“Inside you?” Anwar remarked.

“How does something bigger than you get inside you?”

"There are secrets to some mysteries The Great Bear who sent me here has not revealed."

"I only know that when I need to get somewhere in the Universe in a hurry, this brilliant Blue Pearl Star Ship suddenly appears from inside me.”

“First,” I began, “there’s a red glow, like a ball of fire, that swirls around inside my belly.”

“It swirls and swirls upward, getting lighter and lighter in color, until it turns into a brilliant white star at my heart."

"A white star that shoots straight up toward my head, getting darker as it travels upward."

"Then, when it arrives at the space here between my eyebrows, it becomes a black oval."

"Then, in a flash of brilliance, the Blue Pearl Star Ship bursts out of the oval, surrounding my whole body."

"When I get to where I’m going, it disappears back inside of me."

"The Great Bear once told me that constant thoughts of love would one day reveal the mystery of the Blue Pearl.”

“FREAKY FAR-OUT!” Geraldine gasped. “I wish I had a Blue Pearl Star Ship inside me!”

“According to The Great Bear, you do!” I responded.

“In fact, everyone has a Blue Pearl Star Ship inside them."

"It just takes a whole lot of love and a quiet mind to find it.”

“Oh, my dear friends, he is one of the wisest teachers in all the Universe”. I avowed.

“And His home is The Great Bear Constellation.”

“Was it The Great Bear Constellation that set the sky afire?” Nikita asked.

“No,” I answered, “it was the love behind your wish that set the stars ablaze.”

“Then, is The Great Bear Constellation the new Land of Love we wished for?” Rosalinda asked.

“No, it’s simply my home and the home of The Great Bear.” I answered.

“But you ARE here to help us discover a new land of love, aren’t you?” Malti quizzed.

“Oh, indeed I am here to help you.” I assured everyone. 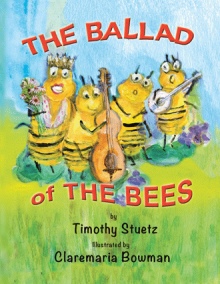 The Ballad of the Bees
Timothy Stuetz & Illustrated by Claremaria Bowman
£11.95

Fairy Tales of the Heart is carefully crafted to develop the brilliance in your child’s character, mind, heart and body.

These contemporary fairy tales skillfully weave myth and mystery, fantasy and reality, poetry and proven principles of child development into heart-warming, educational, and entertaining experiences for children of all ages—you’ll enjoy reading them too!

Interacting with and imagining themselves as these delightful characters naturally enhances their brain development, creativity, social skills, and self-esteem.

Every facet of these tales—the words, their tone, sentence structures, illustrations, review questions, and absence of violence—is designed to expand your child’s infinite imagination, brilliant mind, and full potential. Reading and interacting with them at home or school provides your child the building blocks to a joyful life and successful future.

“These Fairy Tales are heart-felt stories that reconnect adults and children to the magic and wonder of life.” —Dr. Dorothy Sprecher, MD

Timothy is a Master Storyteller and Certified Children’s self-esteem coach. He develops entertaining educational programs and books for children of all ages, the State of California, Boys & Girls Clubs, and public foundations. He created the popular “Power Animal Frolics” DVD and "The Magical Miracle of You” Self Esteem Program for children. Coaching people of all ages through births, deaths, and life’s daily challenges imbues his books with love, wisdom, humor, and compassion.