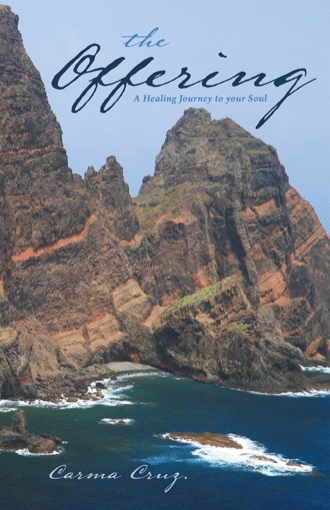 ... something very real about living on a wing and a prayer!

On the fringes of the Bermuda Triangle, in the middle of the Atlantic Ocean, lies a mysterious island called Santa Maria. I was born here to help others and this book is my offering to you. It takes place during a family trip, where wisdom meets soul. It's written as tales that teach. I grew up in Massachusetts. As an adult, I sought counseling for depression. After six months, my doctor pleaded with me to cough it up. With much fear, I admitted seeing aliens when I was five years old. Suddenly, he called Pulitzer Prize winner, a Harvard psychiatrist, Dr. John Mack. What had I done? Now, I feared being taken to a nut house. But not so, as Dr Mack is renown for his research into Alien Abductions. Several regressions confirmed that I was abducted. My story in People Magazine also reported that four percent of the population was being abducted. I became an advocate for answers to deep questions...

...Despite its lush beauty and heavenly feel, it was time to move on. I'm told, the thought of moving to America made Pai sad. Pai's is the Portuguese word for dad. Pai secretly hoped our immigration papers were late because saying goodbye was hard. After all, he built this island, one house at a time, not to mention the airport.

...I spent the next year living alone in a four story home built into a cliff. It was a far cry from my previous home. Now in a fortress, I was lonely and wondered if neighboring Madonna felt this way. I was now living under the Hollywood sign. I was surprisingly depressed.

Like flying under a bird's wing, Pai wanted to see me sheltered from the world. Since Tia Helena and I were similar, he thought it would be good for us to spend time together. Upon arriving at Tia Helena's home, I noticed blackberries and wildflowers growing wildly over the yard. Flower pots hung from the porch, attracting buzzing bees like honey. Although the front door's colorful ribbons kept the bugs out, they didn't prevent me from walking right in. I immediately smelled a relaxing aroma that seemed to penetrate all my senses. I walked through the back door and saw Tia Helena blowing sage smoke onto her Galinha de Madeira hens.

I finally interrupted, "Meu amor, I see you sageing the hens?"

She laughed, "Ola Carma, it's for anxiety. They have an inferiority complex, so they cluck twice as loud -wanting approval. They came from Madeira, the island where they make corks!"

I replied, "How about putting the corks in their mouths?"

She ignored me and continued burning the sage. I understood how her compassion uplifted those tiny beings. They were an extension of her love for life. She had mastered the art of creating good energy . I whispered, "By the way, where did you get the sage?"

She giggled, "It's not sage. Don't believe the old wive's tales!"

I raised my voice, "What do you mean - old wives tales?" She nodded her head and walked away.

I finally understood old wounds. In a smoky field of hens, my heart felt the effect of new possibilities. I felt like I was being taught a lesson, like a bee stinging with honey. I felt like Tia Helena's hens, as if I were asked by the Universe to sweeten my thoughts and ways. On cue, she whispered, "It's okay to be at peace." Tia Helena gently caused the hen's tranquil effect. Peace in the presence of pain is like living in the eye of the storm. As we witness things flying around, like the clucking, the sound goes silent.

Tia Helena broke the silence with a whisper, "Carma, the Azores takes its name after the Hawks who prey. Beware of anything that preys!"

I laughed, "That sounds like me on an Ebay auction!"

While driving past purple hydrangeas, I envisioned children without shoes. Suddenly, I noticed three musicians in light blue suits standing next to dozens of sweetbreads. I relaxed to their music,

...What a reception as they showered me with beijos e abraços - kisses and hugs. I realized without a shadow of a doubt that, even without a white suit jacket, Mãe was royalty. The essence of beauty lies in our ability to connect with others. Life at the feast was laughter mixed with lightning. In an exposed field of quiet desperation, we feel the effects of those living with less. We view how close we are to that lightning by our thoughts. Competition, Cooperation, Conflict, Confusion, Creativity, and Compassion. These are places where you take shelter.

See The Fruition of The Harvest

Later, Pai and I strolled the Avenida around the São Lorenço Bay. Like the mall on a rainy Saturday, it was busy.

He responded, "But I remember a time when we were sad and hungry too!"

The Stream, a Cow, and No Toilet Paper The next morning, Pai and I hiked over the panoramic trail to the Salto. Our time felt precious. He always sparkled when I listened to his stories, and today was no exception.

As he finished, I heard a melodic, "Moo...ooo...oood" instead of "Moo." Like punctuation at the end of a sentence, I listened. Why was this cow singing to me?

The island had an abundance of older wise women with the widows dressed in black. A scene, perhaps for a movie where the collective wisdom raised the island's energy, a frequency of love and life well lived. When I turned to look, she was gone. I remember thinking, "The energy felt interdimensional."

Before pursuing her Master’s in Spiritual Psychology, Carma was written about by a Harvard Pulitzer Prize winner and featured in People Magazine and The Learning Channel.

In 2001, after being scheduled-off the ill-fated 9/11 flight, she strived to make sense of healing. In witnessing deep dark days of pain, she transcended to a higher level of awareness, guiding her to help by writing this book.

It takes place on her birthplace on the tiny island of Santa Maria in the mysterious Atlantic Ocean. In this ever-so-compelling ‘Tales that Teach,’ Carma provides her knowledge of Spiritual Laws on topics including: Expectations, polarity, cause and effect, cycles, action, unity, receiving, choices, awareness, and abundance!

Carma traveled the world a fair bit, including a number of times around the United States, where she drove through the beautiful back roads to town centers witnessing the pain of hard times. She wrote this book as a collaborative healing journey where each chapter ends by asking the reader to write in a journal.

From a loving place of gratitude, please allow your heart to join her in The Offering!

As a native islander from Santa Maria, Azores, Carma yearned for more peace in our ever-so-spinning world. In more than the wars we see, it's a place of tremendous honor to learn and grow in the mind of God.

Carma has lived in Australia, Maui, and Hollywood, CA.

She is an ordained minister, attended Boston University, Lesley University and University of Santa Monica with an emphasis in Spiritual Psychology.

She lives in Clearwater, FL with her family, including four dogs and a pack of Peacocks.