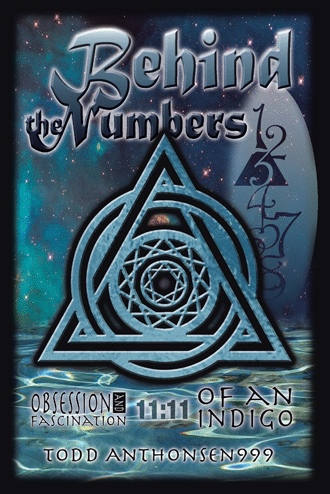 TOO LITTLE, TOO LATE

I did not realize until it was too late, after enduring years of drinking binges, inertia from accumulated baggage left behind by alcoholism had taken its toll. It occurred to me during a period of uncertainty following October of 2009 that my choice to continue drinking proved disastrous and invited an unwelcome influence to present itself and set up shop, which increased the difficulty in my attempts to pull myself from the chasm that I had just begun to crawl out of, a chasm I had been imprisoned in for the majority of my adult life.

Not until after overcoming my dependence on alcohol in 2012 did I realize the degree it attracted and accommodated this intruder that imposed itself as a barrier in the center of my path upon coming to on that morning of October in 2009.

By the time I acknowledged the damage following the intrusion/spread of spiritual infection beginning on October 2009, the repercussions had already taken hold and left a wake of permanent destruction. Looking around, with no way out and nowhere to hide, I was only beginning to realize how hopeless my situation had become. At this stage of what could have been the point of no return, I saw no harm in having a few more drinks to help drown out the complacency and frustration that had taken hold. At this point, no books or practices had proved effective in recapturing the bliss that once enveloped me in a bubble of protection and light.

My hopes awakened and thriving after the heights I soared to in March of 2007 now came to an abrupt halt. Two years had now passed, and on that October 24 in 2009 I suddenly found myself consumed by despair. Now, without warning, I found myself collapsed, depleted and met with crushing devastation, guilt and disappointment. I was stranded and abandoned for a crime I wasn’t aware of committing. Until my next transformation, which occurred on May 22, 2012, I would attempt in vain to recreate, recapture, and maintain a sense of inner peace that mimicked what I experienced/awoken to in early March 2007. Whether I forfeited without realizing, or had been forsaken for reasons unknown, I was desperate to escape this hell I awoken into on October 24, 2009.

Looking back, the shock of such a sudden transition from serenity that accompanied my experience in 2007 back into the pandemonium that awaited me on October 2009 may have contributed to my irrational behavior that became more difficult to hide. My neglect to listen and respond to inner guidance rather than reacting to external influences that now seemed intensified upon return only worsened my isolation and feelings of inadequacy. Between October 2009 and April 2012, I would be dragged deeper into an undertow of spiritual death before any sign of relief would emerge. From where it came, and the conditions that permitted it’s entry, I may never know, but will never forget acknowledging that Presence suddenly returned on an otherwise uneventful walk home from work on a warm April evening, shortly after 9 pm.

It was on April 21, 2012, when walking home from work, that the desire to drink was suddenly absent …as it had been mysteriously removed and replaced by Presence. Just the thought of drinking simply lost all appeal. There was no judgment, guilt or condemnation regarding my years of binging, nor was there any sense of exoneration or achievement, only peace.

Numerous areas of occult study encompass and promote the practice of communication with inhabitants residing in various dimensions, planets, and periods of time. Many practitioners who stray into these tangents end up discrediting or misrepresenting subjects, which leads to further misunderstandings and apprehension by the uninitiated to explore areas that may very well prove beneficial. In truth, subjects categorized as being occult by many established orthodox religious are valid, and if used constructively with proper discernment, they promote growth and awareness.

In my personal experience, numerology has proven to provide insight and explanation that no other means of analysis could offer. If applied correctly, numerology encourages personal development and promotes acceptance and tolerance toward others, and is not intended to compete with other approaches pertaining to development, but to complement them. By learning to accept and appreciate yourself as you do others, peaceful and mutually respectful relationships can be initiated, maintained and prosper.

There are few prerequisites to become an initiate to learning and applying this relatively simplistic approach of self-discovery. These prerequisites include, but are not limited to, the ability to trust your intuition, acknowledge feelings without emotional attachment, observe, contemplate, and maintain an objective approach. These abilities are inherent in everyone, but may be a challenge for those subjected to extensive conditioning and/or deprived of the opportunity to develop their own sense of identity. These are abilities that each is born with, can never be lost, but often just needs reawakening.

On the one hand, numerology is an approach to self-discovery that is subjective and personal; on the other, it opens one up to further understanding and accepting the behavior/preferences of others without judgment, to observe objectively through the numbers one is working through.

The closure provided through understanding the numbers behind another’s name encourages acceptance and tolerance toward those who may initially appear, on a superficial level, as incompatible or even undesirable. Numbers behind the name cannot provide instant and indisputable answers, but can provide a starting point that is consistent and impartial.

Always keep in mind numbers are filters that channel individuality, but in no way indicate or determine defects of character or superior qualities and values. Energy channeled through a particular filter (number) may express itself in a manner consistent with a given number, but can never determine limitations or specific abilities. 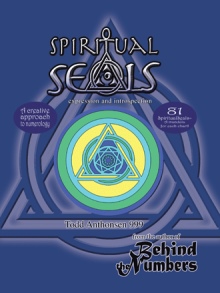 Behind the Numbers provides a comprehensive and unique approach toward numerology through intuition, reflection, and application. The process of compiling information for Behind the Numbers began with a repeating nod from an elusive yet powerful Presence that introduced itself through 11:11. Providing no answers but offering reassurance, the Presence encouraged Todd to search within to discover the answers he believed existed somewhere outside himself. Behind the Numbers chronicles a journey born in the ruins of addiction and spiritual paralysis and rises from the ashes toward redemption through determination and forgiveness. Beginning as a journal documenting the ongoing process of healing and spiritual transformation and concluding as a guide that takes a unique and relevant approach to Numerology, Behind the Numbers offers a unique approach towards Numerology that expands ones understanding of this amazing philosophy. Behind the Numbers takes a unique approach towards numerology by identifying numbers as ‘filters’ that channel the characteristics of the individual, as well as their Fate and Destiny. Rather than definitive indicators of the individual’s limitations or abilities, Behind the Numbers releases such expectations and approaches this ancient philosophy from an entirely new perspective that is accessible as it is profound.

Early 2007, following an O.B.E, Todd began a process of an ongoing transformation in which he would find himself gravitating toward literature pertaining to the occult and metaphysics. During this process, his fascination for numerology would be awakened, along with a newfound sense of acceptance and appreciation for life. To find your Spiritual Seal based on your numerology profile please visit: www.facebook.com/signatureart999 For additional numerology insights, visit: https://www.facebook.com/numberlanguage