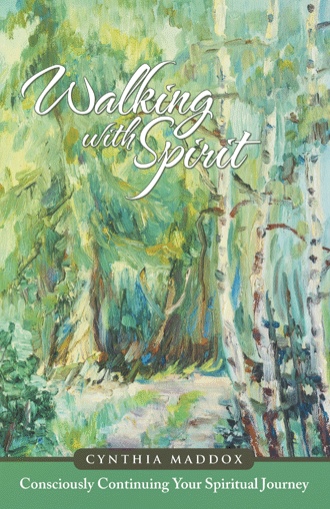 Walking with Spirit has been spirit guided since its conception. As a collective consciousness rises, more are waking from their states of sleepwalking and are being called to begin their conscious spiritual journeys. Walking with Spirit is a guide to assist and encourage those beginning their journeys, as well as those already on the way. You will learn: • The importance of meditation and being in the moment, along with techniques for this • Why there is a need to heal your inner child and how to do this • The importance of paying attention to your emotional guidance system • How to hear and connect with your guides and angels • The many ways spirits speak to you • How to follow your intuition • How to release old, limiting beliefs that have held you back from becoming all you have chosen to be in this lifetime • That you are enough, of everything • The importance of being your truth and shining your light for all to see

Cynthia Maddox has been studying spirituality for over thirty years. She is in contact daily with her guides and angels, who encouraged her to write Walking with Spirit. And there are more books to come! Cynthia recently moved from Florida to North Carolina to place her full attention on writing and on developing the Spirit Healing and Wellness Center and Evolving Spirit Theta. She is certified in LifeForce Energy Medicine, Theta Healing, life coaching, and health and wellness coaching.