The Swallow's Tale – The Early Years 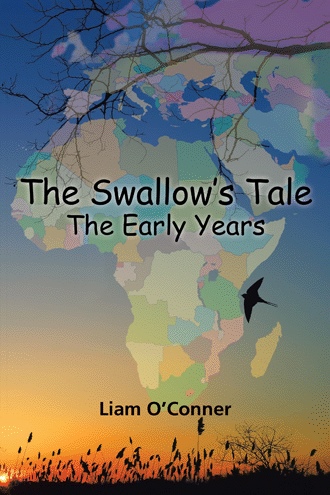 As she left for work the next morning, all was well with the world. She looked beautiful as she smiled from the patio, waved goodbye and went off to work. There was something more meaningful and deep about her smile and I remember storing the visual snapshot in my head for the entire day. It was the sort of moment that etched itself into my subconscious for no real reason. Her soul knew what was happening on a different level but she didn’t and neither did I. It was late morning when I received a call from ‘My Flowah’ but she didn’t sound very well at all and I could barely make out what she was saying. She mumbled incoherently that she had an excruciating headache and that she was taking some strong pain killers as a result. This made me feel helpless and panicky because all I wanted to do was be there for her in her time of need. We said goodbye to each other and it sounded as if Leigh could barely keep her head up on the other end of the receiver as I imagined her dramatically dropping her phone and falling to the floor. I paced about the apartment for a while, wondering what I could do and then I received another call from her friend in work, Caroline. She told me she had been taken to the Morningside Hospital for them to look at her because she seemed to be in a bad way. Again, my heart was pounding through my chest; I had no transport so I didn’t quite know what to do. Luckily I managed to get a lift from one of her close friends on The Glades who happened to be at home. The pair of us made our way through the early Thursday afternoon traffic with barely a word between us as I gripped the handrail above my head with all my might. As I entered the hospital I saw my Leigh in a wheelchair where she was almost unrecognizable. Her face was swollen and bloated and she had trouble keeping her head up. I ran over to her and held her hand tight, and told her I loved her over and over again as I put my arms around her. She was bravely keeping her head up as she whispered to me ‘I love you soh’ and then drooped again as if that was all the energy she could muster. I told her that she was in good hands and that she would be okay but all the time panic stricken inside for what was happening. It was surreal to see her this way, she looked so completely different and I whispered to Caroline as to what was going on. She told me that Leigh had come to work complaining of a headache and that she had got worse and worse as the day went on. Even though I felt worried and sick to the stomach, I knew we were in the right place at least and whatever it was could be fixed. After an initial consultation with a brain specialist we were wheeled down to the CAT scan area where we were afforded immediate treatment and priority. By this time Mariel and Marma, Leighs Mum, had been called and were also standing by with worried expressions. After many tests and a long wait it was deduced that Leigh had meningitis so was given antibiotics via an intravenous drip. We all breathed a collective sigh of relief as we blew out our cheeks and waited for the next instruction from the nurses. After an hour or so we were taken to another recuperation room where Leigh was put on a bed and allowed to rest, the drip still in her arm. I hugged her and told her I loved her once more as she looked up at me and smiled very weakly. Caroline, Mariel and Marma left which allowed me to sit with her as I relaxed in a chair opposite her hospital bed. She very quickly drifted off into a deep, repairing sleep and I was heartened that she was no longer in pain. I felt a lot calmer now and was relieved that they had diagnosed the meningitis as definitely being the issue. I had been shown the CAT scan which indicated a discoloration in the membrane area, described as the infection. My overwhelming feeling was one of gratefulness and I was so relieved that the next day was Friday and that we would have a long weekend together to recuperate properly, providing she would be allowed out. I had already figured out how I was going to look after her and wait on her hand and foot. I was going to give her foot rubs, neck rubs, breakfast in bed, watch movies under the duvets and just have a most beautiful indoor weekend together. Now that the meningitis had been caught and the anti-biotics where taking their course I could relax and hopefully take her home the next day. As I sat in the chair I thought of the house we had just put an offer on and although it was lovely I felt that we needed to take a step back, stop rushing and enjoy this process. I wanted to at least live in The Glades with all its beauty for a short while even though Leigh wanted to be in her own house in her own space. I thought about our future and the adventures we could go on together in this wonderful land, we had both always wanted to go ski-diving together so I thought we should book up as soon as we were over this.

This story will take you on a rollercoaster ride of adventure and heartbreak, desperation and eventual success but always with a deeper spiritual message as the common thread. This poignant and brutally honest memoir is set against a backdrop of laugh-until-you-cry humour and of emotion which touches the very core. It is a real ‘against all odds story’ of the underdog, seemingly down and out for the count, face in the mud, battling for breath. But then the devilish Celtic warrior spirit rizes from the ashes as you get to glimpse into the eye of a man who has a fury in his heart and a desire to succeed no matter what is thrown at him. You get to travel from the streets of Cardiff to the sunny suburbs of Johannesburg in an enthralling story. At times it makes you smile with familiarity, on other occasions you are holding your sides with laughter. The sadder parts of the story are not to be read in public unless you have waterproof mascara or a potential excuse for hayfever. The story of Liam O’Conner is as varied as it is sensitive but underneath it all is still the little red haired boy, full of mischief and ambition. So if you’re ready, get a cup of tea and a biscuit and go on a holiday of the mind. This is a ‘must read’.

Liam O’Connor was born in Cardiff and now lives in Devon having spent large chapters of his life in South Africa. A production engineer of 25 years and also sports business owner he took a leap of faith by changing direction to go into coaching people to their fullest potential and is studying to become a freelance journalist.