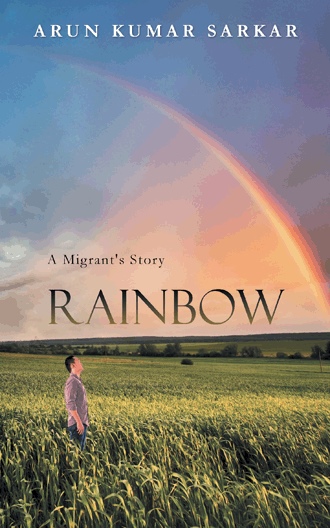 This is a true story of an engineer currently living in Australia and this story follows his life path and how it came to be.

He had a rough ride during his childhood. The political upheaval in India during that time duet o the riots as well as the Indo Pakistan war is something that no child should experience during their growing years.

After his graduation in Engineering in 1959 he got a job in Australia. But due to some unforeseen circumstance he had to go to Germany. He lived in Germany for almost 3 and half years. During the time that he lived in Germany (then West Germany) he travelled almost all over Europe. He came back to India in 1962, working in different cities like Delhi, Madras, Bangalore and Bombay.

In 1982 he migrated to Australia and at present he is living in Sydney, Australia. Like many other migrants he has had many ups and downs in his life, all of which are narrated here in this book.

He has two unforgettable memories that will never be erased from his mind. The first one was the journey from India to Italy by ship. This was his first time overseas and he will never forget the thrill of the adventure.

The second memory was his journey to the Alps. He has thoroughly enjoyed the drive along the river Rhine through the Black Forest and the sheer beauty of the land.

There are two items in this book which are worth reading. The first one was the journey from India to Italy by ship. The problems the author and five other co-passengers encountered during the journey and the hospitality they received from the captain of the ship. The second one is the journey from Munich to Genoa through the Alps

The author has written this book in the form of a biography. In this book the author explained through conversation with colleagues and friends some miss-concept and misunderstandings about some old culture and traditions of the Indian society, especially the question about the widow (Sati) burning. People from the Western Society must read this book to have a better idea and understanding about the widow burning during period from 16th Century to the beginning of 20th Century

The author was born in India on 1 April 1936. He experienced the horror of the Second World War and the shocking consequences of communal riots during his adolescence. He graduated in Electronics Engineering in 1959 and went to West Germany where he was employed at Siemens as a Research and Development Engineer

After four years of Work in Germany he took a transfer back to India. His visit to various European countries as well as his upbringing within a conservative Indian Society culminated in a wide variety of experiences which are portrayed in this. This book is about a man fused between cultures

He has travelled extensively in Europe before migrating to Australia in 1982.