1,825 Days of Hell: One Man's Odyssey through the American Parole System

Corrupt and Self-Propagating US Correctional System 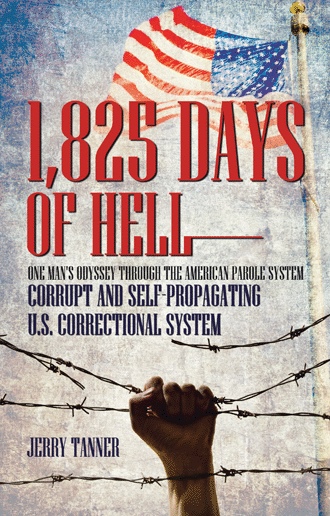 Why do over 50% of all individuals released on parole in the U.S. fail to successfully complete their term of parole supervision but are returned to jail? And why do parolees and probationers make up 60% of the alarming growth in the U.S. correctional population over the last 2½ decades, now estimated to be over 7 million people in prison or on parole? Business entrepreneur, radio personality, author—and former parolee—Jerry Tanner knows the answer to that question from first-hand experience. From the Prologue: In the years before my incarceration I had been a successful businessman; highly successful, in fact. In the state of Alaska I had launched a health care company from scratch in 1999 and grew it to over $20 million in annual revenues in less than seven years; in the state of Maine, at the urging of the Governor himself, I had taken over a mail order pharmacy that was bankrupt and riddled with corruption, whose executive leaders were allegedly embezzling millions of dollars, and completely transformed it, in the space of a year within which it was making $2.7 million monthly. Most important to me, these were good, humanly worthwhile businesses that provided vital services of essential health care and prescription medicines that helped many thousands of people live better lives, and to be able to enjoy their lives just a little bit more…. I was tragically, hopelessly naïve about what our cherished legal system is willing to do to a person. Heretofore, I had actually believed that the American Justice System was there to protect the innocent. How wrong had I been! ….As depressed and demoralized as I might have been on the worst days in prison, when my time had been served and I was released in the summer of 2009, I knew that I wanted to get my life back. I knew it would be difficult to put everything that had happened behind me and move forward, and I knew it would be very difficult to start over from scratch, no longer a kid who believed he could do anything, but I also knew I would eventually one day summon the courage to do what my Uncle Roger, the retired Air Force officer had urged me to do: “You need to get back into the business world because that’s what you’re good at,” he had said, “That’s your passion.” ….On the day of my release, when I stepped out of a DOC mini-bus onto the streets of Anchorage along with a handful of other, bewildered former inmates, I thought, naïve once again to a fault, that the lion’s share of my troubles—the ramifications of following my attorneys advice instead of my own heart’s desire to fight for what was right—would be over. Nothing could have been further from the truth. From the Research Chapter: Let’s compare the numbers. According to the International Center for Prison Studies (ICPS), the United States leads all the nations of the world with 2.23 million people incarcerated in our prisons and jails. That of course includes Russia, with a mere 674,100 prisoners, and while it should be duly noted that Russia’s population is less than half that of the U.S., even doubling the number of prisoners in Russian jails still leaves the U.S. with nearly one million more prisoners than Russia. It also includes China with 1.7 million prisoners according to the ICPS, meaning that the United States has more than a half-million more prisoners than China, a country with 1.3 billion people, or four times that of the United States! That means by extension if the United States had the same population as China, we would have nearly nine million of our own people in prison! Further, according to ICPS figures, the United States currently has a prison population rate of 707 prisoners per every 100,000 people in the population…. [T]he U.S. prison population rate in 1980 was closer to about 200 prisoners per 100,000 of population, or a whopping increase of nearly 330% over 30 years! However, by contrast, Russia’s current prison population rate is 470 per 100,000. The rate in Iran, once an integral member of President Ronald Reagan’s so-called “Evil Empire,” is 284—over 400 prisoners per 100,000 less than the U.S.! In a recent article posted on the Moyers & Company website, Joshua Holland (2013) writes that, despite having only about 5% of the world’s population, the U.S. houses 25% of the world’s prisoners, making the U.S., quite arguably, the world’s leading jailer, with more inmates than the top 35 European countries combined. However, the statistics on parole and probation in the U.S. are even more staggering—and troubling. According to the U.S. Department of Justice Bureau of Justice Statistics (BJS), in 2004 there were nearly 5 million people on parole and probation combined (Glaze & Palla, 2005), who further state: “Probationers accounted for half of the total growth in the correctional population since 1990…. Overall, the correctional population increased by nearly 2.5 million, or 57%, from 1990 to 2004” (p. 2), with parolees and probationers accounting for 60% of that growth. But here is the most disturbing statistic contained in the BJS report, and the one that is the primary focus of this book, which starkly points out the unconscionable failure rate of our correctional system. Less than half—only 46%—of all parolees successfully complete parole without violating a condition of release, absconding, or committing a new offense. According to the BJS, over 200,000 parolees return to prison each year. Jacobson (2005) reports that nationally, parole violators account for about one third of all prison admissions…. And the situation is getting worse by the day. Scott-Hayward (2011) states that, “In 2009, almost 730,000 people were released from state and federal prisons, an increase of more than 20% since 2000,” and reports that “overall, 35% of admissions to state prisons in 2009 were for technical violations.” 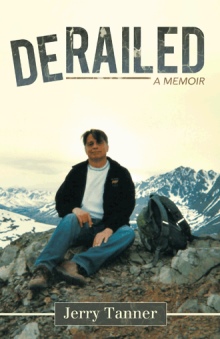 1,825 Days of Hell is the shocking story of one man’s fight to regain his self-respect, dignity, and livelihood against a government bureaucracy so bent on exerting total control over his movements and activities that it was willing—and astonishingly able—to unilaterally revoke, without due process, his constitutional rights, including the most fundamental and cherished American right to freedom of speech.

It is the tale of a harrowing journey through the US parole system, a mismanaged and bloated bureaucratic labyrinth of onerous regulations, restrictions, and reporting requirements that more than half of all parolees fail to complete, most of whom are returned to prison—most often without committing any new criminal offenses!

In 1,825 Days of Hell author Jerry Tanner takes on a corrupt and self-propagating US correctional system that deliberately and methodically thwarted his every effort to become a hardworking and productive member of society once again, despite having been one of the most successful entrepreneurs in the health-care industries in the history of two states: Alaska and Maine.

A scathing exposé of our hopelessly broken American parole system told from the perspective of someone who experienced and was victimized by it, this book is a must-read for every American who values and holds dear the rights and freedoms embodied in our Constitution. As the author states, the Department of Corrections in these United States is in peril of becoming, instead, the Department of Incarcerations.

Jerry Tanner is the founder of two health-care companies that attained combined gross revenues of $50 million. Today Jerry is an author and radio personality and host of the regularly scheduled program “Are You Derailed?” on WebTalkRadio with six million listeners, fighting for universal human rights and equality for all Americans. He advocates for legal reforms in America’s criminal justice system.