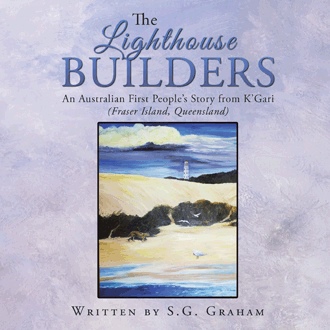 The tribes on Kgari came to meet at the big tribal meeting place where there was a camp site. It still can be seen there to this day. The tribes held corroborees with dancing and singing. They sat around the camp site with the Rooney brothers to discuss the plans on the work of the lighthouse. The Kgari women had a special waterhole for washing not far from the big corroboree ground. There was a beautiful Dalungbara woman who had come there with her family. They had come from Woongoolbva Creek further south where they often lived. The young woman had been given the name Mary Anne Dalungdalee. John Rooney noticed her and became friends with her.

In 1869 Australian Aborigines helped two Irishmen build the lighthouse at the Great Sandy Cape on K’Gari (Fraser Island), Queensland Australia. Their cooperation was later forgotten. This is a true stolen generation story; a lesson in acceptance of cultural differences. The compelling and stirring story starts with romance and ends in triumph.

S.G.Graham is an elder of the Dalungburra people, who are part of the Butchulla Nation, in Queensland, Australia. The author writes and illustrates the stories from the perspective of Australia’s First People. Indigenous story-telling from their own standpoint has been long needed. This is one of those stories.