Once The Fog Has Lifted 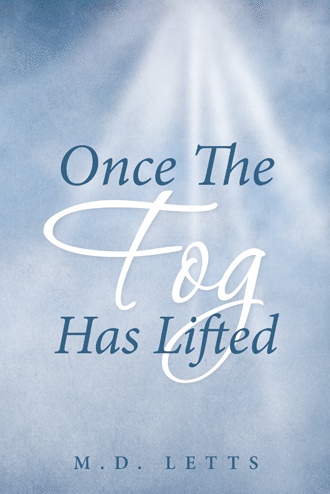 I was in awe of the beautiful landscape that lies close to Avebury Wiltshire. The tall trees standing so strong with their branches gently swaying in the cool breeze, and the green fields which resembled a patchwork quilt, seemed to stretch on forever. It served to remind me of the peace and beauty of God’s creation. I don’t think I’d ever felt such a sense of calm as I did at that moment of time.

Some years earlier I had often been ‘shown’ a cottage in my mind’s eye when I’d been meditating, and I had described it to Rob many times. Although we had never discussed moving away from our home in Swindon, I instinctively knew that one day we would move into a cottage, but I had no idea how, why, or when. I just knew that it would happen.

I have always been psychic from an early age, yet I didn’t really understand it back then. I’ve always seemed to know certain things, but I was confused by how I knew and it made me feel different from others. In 2001 a lady called Louella a gifted psychic became known to me, and helped me to understand my ability. It was such a relief for me to speak to someone similar and who understood me. It was my first step to accepting that I had been given a gift and speaking to Louella made me feel like I had come home. After that I would often just know things and Louella would validate that what I was seeing came from spirit, and it made me aware that spirit had given me a pathway to follow.

One day I had spoken to Louella about the cottage I’d been shown, and I was not surprised when she also described ‘my’ cottage. It felt amazing that Louella could see what had been shown to me, and we both were aware that in time I would be guided to the cottage.

Twelve years later by sheer luck, Rob had noticed a cottage for sale on an estate agents webpage, yet it was in an area of Wiltshire that I had never visited before. It was an opportunity out of sheer curiosity that neither of us could allow to pass us by.

Guided by spirit to help others, Once the Fog has Lifted demonstrates the importance of displaying kindness, love, and understanding to everyone. It details how spirit showed me our cottage twelve years earlier in a new area, and later the title and book cover and coming to terms with being psychic after my eyes were closed for so long. Once I began to listen, everything fell into place. Once The Fog has Lifted chronicles the formation of my fundraising group, new friendships, and the generosity of our community, who continuously displayed acts of human kindness and support. It also tells of My Mum’s diagnosis of cancer and coping as a family, becoming her carer; and at the same time helping her to prepare for spirit world by offering reassurances and comfort, and eventually guiding her to the light. Once the Fog has Lifted is a book of hope and inspiration, while bringing comfort and reassurances to those who are near to entering the next stage of their spiritual journey.

M.D. Letts is a natural psychic and healer, writer and designer of wellbeing cards, wife, mother, grandmother, and charity fundraiser. She loves people, meditation, gardening and Asian cooking. Her home is in the heart of Wiltshire, United Kingdom, in the countryside, close to Avebury, while Stonehenge and Glastonbury are a short trip away. For further information on the author’s support of Cancer Research UK please visit: www.justGiving.com/melkshamcruk