The Simplicity of Being 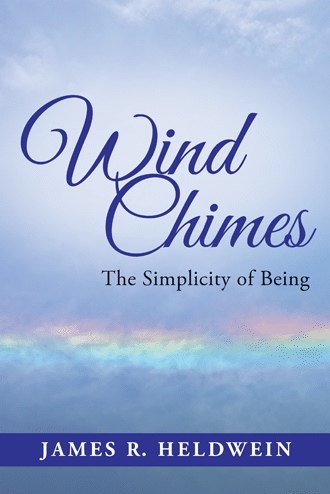 I see the perilous state of humanity, namely, where we are now as a
collective race and also the inevitable direction we are heading towards,
if we, and the conditions in which we live, remain as they are. I see
the seeking, striving, and the desperate and endless searching. I see
the clinging, the reaching out, the inner cries for help and the need
for endless activity. There is an ever more urgent need to accumulate
more, accomplish more, and to compete in a frantic race no one can
win. Our senses are supplied with an unending stream of data in this
age of "information." We are literally being brainwashed by advertizing,
"branding" by large corporations, and the media in general. This is then
filtered through the lenses of conditioned perception, past experiences
and memories. In this way each person has a "relative," differing, and flawed viewpoint of what constitutes reality, resulting in an illusory
interpretation. There is little perception of "absolute reality" and this
is the root cause of all self created human suffering. This distortion of
what is "real" has led to religious differences, political divides, and wars.
More and more prevalent is an alienation from nature. Very few are in
touch enough with nature to enjoy the wonderful pursuit of exercising
their bodies by walking along paths in solitude, enjoying the privilege
of immersion in natural beauty and stillness. Instead, what I see, almost
without exception, is that those who walk in nature seem compelled to
constantly talk into their cellphones or do something called "texting."
Many even tune out the sounds of nature entirely by choosing to plug
their ears with "buds" to provide constant auditory stimulation, possibly
in the form of "music."

I have witnessed, first a few, but now commonplace occurrences of the
practice of texting whilst driving or even when on a bike. The ability
to "multi-task" is seen as enviable in a generation that appears to be
constantly in a hurry. The generation that believes that more is better
and wants to "have it all." They feel entitled. Most people seem to be
in a desperate hurry to go, but to go where? It appears that whatever the
destination there is an over-riding sense of urgency, of rushing, as if on
a mission of extreme importance, all the time.
Personally, when I am going within the speed limit on the thruway, or
even on a local road, I am often tailgated, passed, and even sometimes
the recipient of various "gestures." Should I actually drive a fraction
under the speed limit the hostility directed toward me increases
accordingly. The necessity for me to slow down in order to make the
maneuver into the narrow space onto my driveway is often met with
xvii
severe chastisement, in the form of horn blowing, name calling and
perhaps one or two of those "hand gestures." I also see the retail and
grocery venues as often a race to the proverbial finish line. Should I
need to take an extra couple of seconds to find the exact change for a
purchase, the sighs and sounds of impatience are easily detected. Then
there are also the entertainment venues where alcohol is consumed in
vast quantities in the pursuit of "pleasure" and "sociability," but leading
to no real connection between the participants.
I could write an entire book on what I observe of the human situation
as I go about my daily business. To sit in stillness and observe all is the
beginning of awareness, of the realization of truth. These observations
seem to encompass the vast majority of the population that I see,
whether from personal experience, on T.V. in the news, or in print. I
must comment that I am not in any way judging or condemning by
making these observations. I do not consider that I am in any position
to do so. In fact the awareness of dysfunction in others can make it more
easily seen within oneself. This can then become a catalyst for change
and lead to a questioning of all that we consider to be "reality." 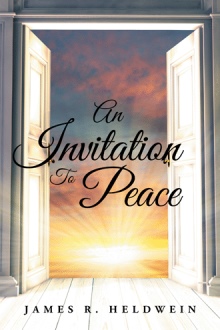 In all of nature, humankind alone seems to have a virtual monopoly on psychological suffering. This does not need to be, for as written centuries ago in the great and timeless wisdom of the ancient scriptures, the time has come to know the ‘Truth that shall set you free.’ Wind Chimes is an encapsulation of this wisdom, giving the reader a sound basis for their own further spiritual search.

It is intended to simply guide you directly towards your own realization of the absolute Truth of Being, of your Being, no matter who you are. This deep truth is not something to be attained, but has always been within you. It is through this realization that freedom, true and lasting freedom, can finally be known on a direct experiential level. This knowing will lead you to a deep sense of inner peace and an effective, stress free way of living. A true ‘Simplicity of Being.’ In the words of an old saying, ‘If not NOW, when?’

Desperately looking to lessen the intense suffering caused by severe anxiety disorders led author James Heldwein to seek to uncover our inherent nature of Being, which IS freedom from psychological suffering. His ultimate realization is shared to guide others towards this deep inner peace.

He lives near Buffalo, New York.