Hawaiian Principles and Practices of Being Well 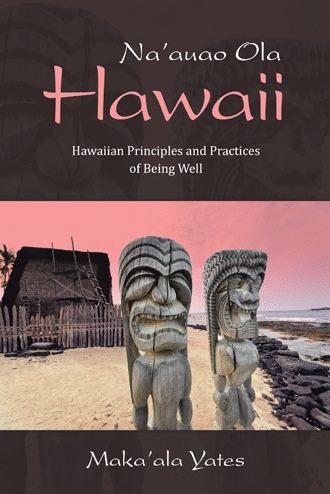 Before the ipu kea (white people) arrived in Hawaii in 1776, it was a known fact that the kanaka maoli (original Hawaiians) were very healthy and very strong. Their teeth were in perfect condition with no decay or misalignment and their average height was about 7 foot tall as evident from many of the bones excavated on the Big Island of Hawaii by my father and other Hawaiian road builders.
Not only were the original kanaka maoli healthy, but they also lived in harmony with each other on a set of islands not very large, and with only canoes to get them from island to island. In fact, in the 1700’s on the peninsula in Ho’okena on the Big Island of Hawaii, there was an estimated population of thirty thousand people living in harmony with each other and the environment. They were practicing the ancient Hawaiian principles of being well and they passed this information on to a few within the Hawaiian community who would listen. My training in this ancient wisdom of health started at the age of six and lomilomi was the entry point to the secrets of the ancients and their treasure chest of healing.

Native Hawaiian writer Maka’ala Yates shares timeless wisdom and practical tools for vibrant health from the forgotten Hawaiian past. The deeper ‘aumakua principles deals with the idea that matter, mind, consciousness, and life are all manifestations of Kumukahi (One Source). Ho’oponopono teaches how to live responsibly to bring peace and harmony to one’s self, the community and ultimately the world.

Maka’ala Yates D.C. is a Kanaka Maoli (Hawaiian ancestry) trained in Hawaiian medicinal practices since the age of six. He is the founder of Indigenous Botanicals and Mana Lomi® . He enjoys traveling around the world teaching traditional Hawaiian medicinal practices including fasting, ho’oponopono and bodywork therapies. In 2005 he was awarded the “Kaonohi Award” for excellence in Hawaiian medicine and community support. His focus is “breaking the blueprint” from disease and illness and his mission is “bringing the healer back into the family.” Maka’ala was one of the original crew-members in 1976 that sailed on the Hawaiian double hull canoe “Hokule’a,” which was filmed by the National Geographic Society. Maka’ala is the Ambassador at Large and Minister of Health for the Polynesian Kingdom of Atooi, a Hawaiian Nation recognized by the U.N.