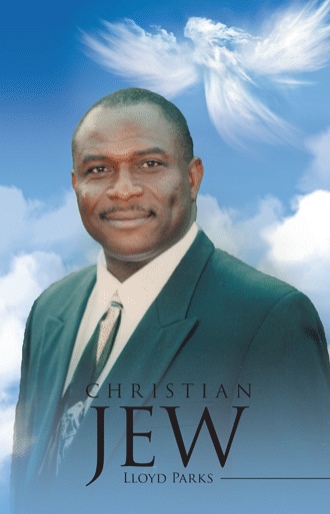 The Juxtaposition of the Bible-Belt and Jim Crow

I was told by older siblings the day I was born it was one of the hottest days of the summer, on August 4, 1953. I was born in the 1Bible Belt of Arkansas that practiced 2Jim Crow, at time of my birth. However, when I was born, Jim Crow was standing on it last leg, because the United States Supreme Court had made a ruling against discriminatory segregation laws of southern states. I guess my southern white brothers believed God wanted to keep the white and black races separate but equal. Anyway, it was where my familial environment southern Baptist parents instilled godly principles into me, and I am so grateful and thankful to receive this early biblical and spiritual upbringing. It has proved most invaluable for my adult life.

Although I have lived as an urbanite most of my life, I was born and reared in a rustic environment of the state of Arkansas: U.S.A. My father and mother had fifteen children, and I am the twelfth child like the twelve tribes of Israel.

1Bible Belt is an area chiefly in the southern states of the U.S. believed to hold uncritical allegiance to the literal accuracy of the Bible; broadly, it is an area characterized by ardent religious fundamentalism.

1
As a family, we lived on the fertile land that was cultivated to grow various vegetable produces, cotton, and livestock for our livelihood, as did others in my rustic community. I must admit I did not get a chance to do a lot of farm labor like my older siblings, because we move away from the farm when I was quite young. In my early childhood, I remembered neighbors often assisted each other. The heart of the community was its faith in God. On most Sunday mornings, nearly the whole community attended holy sanctuary services. My mother and father were deeply committed believers in Jesus Christ. As a little boy, as far as I can recollect, I often witnessed my parents on their knees making prayers and supplications to God. Without consciously knowing it; nevertheless, these experiences were laying a solid foundation for a lifelong commitment to Jesus Christ.

From the age of two or three and forward, I can remember the name Jesus being reiterated repeatedly in my parents’ prayers. When one of my siblings or I got sick, we were rarely taken to a physician. My parents believed Jesus Christ was the Divine Great Physician. Therefore, they often prayed for divine healings, and their prayers of faith were answered. One good example is when one of my older siblings was crippled with poliomyelitis (polio), and the doctor said he would never walk again. My mother and father prayed the prayer of faith, and my brother was completely healed. In fact, he was a high school track star. As a minister of the gospel, I now realize my mother and father had been blessed by God with the divine gift of healing. As a small child witnessing the miraculous, it greatly shaped my ideology about an omnipotent God. As a little boy, I loved hearing the gospel preached, and I loved to hear my parents praying to God.

2
I can vividly recollect when I was seven years of age, and I had an excruciating headache. I was lying on the sofa. I said within my heart, “Jesus, heal my headache!” Within a few seconds, a warm sensation came upon my body. The headache was instantaneously gone. I immediately jumped up off the sofa and went outside to play. I had witnessed my parents getting their prayers answered from God. I had emulated my parents, as I petitioned the Lord. In my biblical opinion, it substantiates godly instructions and teachings, at an early age, often helps to foster a lifelong commitment to godly principles. At least for me, it has been the case.

At the age of eight, I attended a summer revival meeting with my parents and siblings. Our senior pastor had invited a guess speaker.
After I had heard the gospel preached by this visiting pastor, I was so moved in my heart by his sermon. One night I was lying in bed with my eyes opened. I said in my heart, “Lord, I want to be a preacher.” The ironic thing is when God called me to preach the gospel twenty-one years later; I did not want to answer His call, because my heart had grown hardened and worldly. At the time, I was matriculating toward a Juris Doctor degree, and I was not about to forgo a promising future legal career to proclaim the Good News of Jesus Christ! Nevertheless, I had to learn the hard way that God’s call always takes preeminence over man’s plan. That is, when God calls a person it is a command, not a request. In other words, when God calls a person to do an earthly assignment, I have learned it is not up for negotiations or compromises to get better terms. In God’s sovereign authority, His call to ministry is unquestionable and absolute. Anyway, at the age of eight, I wanted to tell the world about Jesus Christ, and many years later I have done just that, my beloved sisters and brothers.
3

You see, beloved brothers and sister, my plans were concerned only about the things of this present world, that is, things like wealth, pleasure, and power. God’s plans, on the other hand, were about the proclamation and demonstration of the gospel, harvesting of souls into His kingdom, and destroying the works of the devil. I am elated and overjoyed to say God’s plans have carried the day. When Jesus called Apostle Peter away from his secular fishing business, the Bible says he left all to follow Jesus. Although I have worked at secular jobs, I too have left all to follow God’s Son.

In New York in 1741, an American Minister named Eleazar Wheelock was believed to coin the phrase Mourners’ Bench.4 Wheelock started to target sinners by having them to sit on the front bench, as he gave fiery sermons. Sinners were enticed to repent of their sins, and they were expected to be baptized in the Holy Spirit. I, too, was introduced to the mourners’ bench, at the age of ten, nigh three hundred years later that was started by Minister Wheeler. It was where I experienced the new-birth, and where I received the baptism of the Holy Spirit. It was a wonderful experience to encounter the kingdom of God.

3Isaiah 52:7
4The Mourners’ Bench phrase was coined in New York by Minister Eleazar Wheeler in the British North American Colony in 1741.
4
I have likened the mourners’ bench experience to the day of Pentecost in the Book of Acts, because they, too, were filled with the Holy Spirit and spoke with other languages. My mourners’ bench experience and the Pentecostal experience of the first apostles and disciples had been prophesized, in the Book of Joel.

Acts 2:1-4
1 When the day of Pentecost came, they were all together in one place. 2Suddenly a sound like the blowing of a violent wind came from heaven and filled the whole house where they were sitting.
3They saw what seemed to be tongues of fire that separated and came to rest on each of them. 4All of them were filled with the Holy
Spirit and began to speak in other tongues as the Spirit enabled
them.

Christian Jew is about the author’s early Christian upbringing, young adult atheism, and a return to his biblical roots. It teaches how unforgiving can lead to a hard-heart that causes sin, and it opens the door of one’s life to the enemy—Satan. Most importantly, it teaches God’s goodness and grace have the power to bring a strayed sheep back to Him. In addition, Christian Jew is about the often neglected aspects of the Judaic roots of Christianity. Gentile believers must never forget the gospel is brought to them by Jewish believers, in God’s Messiah. The book brings enlightenment about how the Messiah has broken down the walls between Jews and Gentiles. Both have been made one new man, in Messiah. It explains law and grace, and the spiritual gifts God uses to save sinners. It teaches believers salvation comes through God’s grace mixed with believers’ faith, in Messiah. Therefore, is the law relevant today? Yes, the law is still relevant, because the law is still holy and good. But the law does not bring salvation to sinner; grace does bring salvation to sinners. The author hopes you have enjoyed the book, and he looks forward to hearing from his readers.

He is a worldwide evangelist and has proclaimed God’s world in North America; London, England; and Johannesburg, South Africa. He has preached God’s word for thirty years, and He has enjoyed every minute of it. He still believes in God’s signs, wonders, miracles, and saints. He rightly believes one’s faith brings these glorious manifestations.