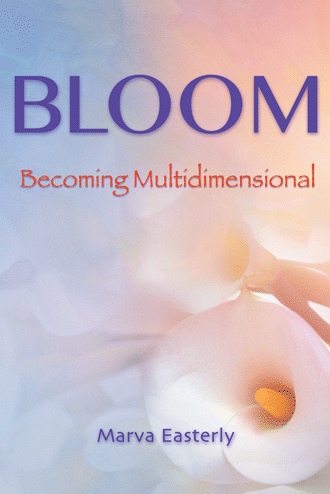 Our lives are often measured by moments of radical change– moments when directions are reversed, when the ﬂow of one's life is forever altered. Such a moment occurred for me in my twenties. I had recently completed a Master's Degree in History and was teaching while preparing for doctoral studies and a career in academia. I was dedicated to intellectual pursuits. Then an unexpected event changed everything and my life became a journey I had not intended to take.

A compulsion was triggered within me to make sense of death and so began a search that not only led to an understanding of death, but of immortality. Along the way my concept of reality completely changed. My choices led to a life of many challenges, but one ﬁlled with unlimited joy, unforgettable people, extraordinary adventures, tears, laughter, and a profound sense of awe. I could never have planned such a "magical mystery tour" and have been encouraged to share my story of how an ordinary woman became a multidimensional mystic.

When faced with a family tragedy, my casual seeking became a focused drive. My need to understand death was greater than anything else in my life at that time. My search led me into realms of awareness that defied ordinary logic. Because of my innate curiosity and the emotional pain of impending death I became willing to experiment with even the most outrageous of belief systems. Over time I began to feel like I was living in an alternate universe or science ﬁction fantasy. The borders between what I perceived as real and what I perceived as imagination dissolved and my understanding exploded into cosmic proportions. I became that which I had previously ridiculed.

I thought psychics were fakes until personal experience taught me otherwise; I learned that we all have innate psychic abilities. I didn't believe in reincarnation until I accessed my own past lives. Subsequently I was gifted with the ability to guide others into their individual past life memories for healing purposes. I thought that dead was dead until I learned to communicate with beings without bodies. In the course of my journey I became a spiritual channel, a medium, a "ghost buster", an intuitive, and a past life regression facilitator. I learned that we don’t end at death, but that our consciousness continues eternally. We change, we transform, we evolve, but we do not stop. I also experienced beings from other planetary systems, my own multidimensionality, and the unlimited power of conscious love.

Externally my seeking led me to sacred locations in India, Egypt, the Caribbean, Nepal, Tibet, England, and the Americas. Internally my journey took me deep into the realms of my own psyche. Often there were no answers, but I kept searching. Gradually, bit by bit, I found answers to questions regarding death, life, and my reason for being. Along the way I gained access to an ever expanding multidimensional reality. I learned ways to access higher consciousness and the frequency, the vibration of unconditional love, which is the foundation of all life. I discovered the Divine.

Mine has been a spiritual journey. One not associated with any particular religion or belief system, but rather a seeking from my heart. While trying to make sense of death, I became willing to suspend my beliefs in order to experience the extraordinary. Over time the extraordinary became my ordinary and the paranormal my normal. I learned to develop my intuitive senses and expand my consciousness beyond time and space. I learned that our normal, physical reality is but a small part of what we really are and that by releasing ancient thoughts and patterns of behavior, we can open to a realm of limitless multidimensional reality like ﬂowers responding to the warmth and light of the sun. We can all bloom.

What follows is an overview of my ongoing journey. Our paths might differ, but the impetus toward freedom from fear and the longing for peace and joy exists in all of us. It is my intention to help open the hidden doors within your own consciousness by sharing my story, my example. I know that it is possible to experience ourselves as more than human, to access a super consciousness which allows the boundaries of possibility to expand into limitlessness. I have learned to access those parts of SELF which are waves of light, vibrations of pure energy, and frequencies of unconditional love. So can you. We all can shift our awareness and awaken to the evolutionary imperative of expanding consciousness to become in reality that which we already are–complete, whole, limitless expressions of the Divine.

The sun was shining and the air was that sharp, crisp, blue of a summer morn in the northern Rockies. The birds were singing, sprinklers hissing, and children shouting as they played next door. All felt right in the world. It was a July morning in 1976 and a whole day of possibilities beckoned. I was with several friends in my apartment. We had just walked back from breakfast at a favorite restaurant and were smoking a joint while deciding what to do for the rest of the day. We had been debating whether to ﬂoat the Madison River or to hike in the Bridger Mountains. We were young and ﬁlled with energy and exuberance; we were invincible. And then my phone rang. My reality fragmented with that phone call. Nothing would ever be the same again. The unexpected news I received triggered the beginning of my transformation.

My father called to tell me that my mother had just been diagnosed with Alzheimer's and that according to the neurologist, had just six months to live. She was only ﬁfty-nine. So little was known about Alzheimer's in those days and the medical profession was nearly as ignorant as the rest of us. We could hardly even pronounce the name, let alone understand the disease. The phrase "early onset" had not yet been coined. All we knew was that my mother had just been given her death sentence; she was slowly losing her mind and that life, as it had been, was no more. I was incapable of processing that information. I was confused and disoriented and seemed to be dwelling in nightmare rather than reality. I felt emotionally bludgeoned.

I adored my mother and the thought of her death was incomprehensible. I didn't understand and could only cry. It felt like my known world was collapsing. And it was, in many ways. For a family who believed that all problems had solutions which could be found through rational, analytical thought the death of the mind was an unimagined horror. The reality of what transpired over the next eight years changed us all. We grew, we expanded, and we stretched–our hearts, our minds, and our commitments. My brother and his family, my sister and her family, my father, and I began our separate journeys to try to understand what the future might bring and how Alzheimer's would affect us all. Initially, we had no idea what to do. We were stunned, frozen in place like a deer in headlights, and incapable of action.

I had been exposed to death since early childhood. My multi-generational clan of extended relatives lived just a few hours away and we attended family funerals with some regularity. I was not, however, emotionally attached to those elders who died and so was basically unaffected. As the years passed, when other younger relatives and friends died, I experienced grief and sorrow, but quickly returned to my everyday life. I was sad, but not greatly changed. Not until my mother's diagnosis was I emotionally incapacitated by the specter of death. Her dying was all I could think about. Life didn't make sense anymore and I needed some sort of resolution.

Who’d a thunk it? Becoming a spiritual channel, a medium, an intuitive, and a past life regression facilitator were never on my list of goals to achieve. And yet I did. My story of evolving from normal to multidimensional is one of learning about expanding consciousness, unconditional love, and otherworldly possibilities. It is also a tale of having to confront death, near death, loss, and betrayal while keeping a sense of humor. Discovering that there is a presence, a spirit, a soul, a higher consciousness within each of us that is eternal and all knowing changed me. I went looking for the meaning of death and found immortality. Life is constantly full of surprises.

Marva Easterly MA is on a life-long spiritual journey of discovery and personal growth. She is a daughter, sister, mother, wife, widow, teacher, and explorer of the inner life. She is also a Spiritual Channel, a Medium, a Past Life Regression Facilitator, and a Gaiadon Heart Master. Ms Easterly is a public speaker who has also appeared on local radio and TV. Her goal is to help others awaken to higher dimensional reality.