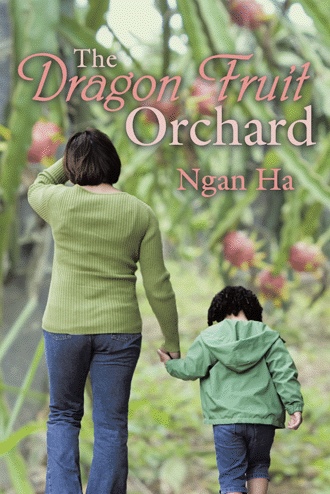 I finally decided on adoption; that seemed to be the only viable option for me. Whenever I saw the few friends that I had, I would talk about this hope, but not all of them understood. One friend, a doctor from the Middle East whose wife had been trying to conceive for so long and still was unsuccessful, was not receptive to the idea.

“In my culture, we don’t adopt. We’ll have to keep trying until my wife conceives,” he explained.

Another friend was enthusiastic: “That’s great! You’ll have a child to love and raise; I think you’ll do a great job.” She was a single parent, but her mother helped out a lot. I told her I’d be completely on my own in raising the child; she felt that I would be able to find help as I went along. Even if she had not said anything, I knew that my mind was made up.

I read books on single parenthood to learn the ins-and-outs of it and found stories of courageous people who struggled and overcame all odds to raise their families. I felt I was as prepared as I could be, and I wanted to proceed.

Adopting Chinese children was in vogue, as there were a lot of female orphans available due to the country’s one-child policy—most families would give up a female child in order to have a male one. Adoption agencies in the States were more familiar with the process there than in Vietnam, but I wanted to adopt a child with my own heritage. I met with one agency who told me they did not work with single individuals, as it was next to impossible to complete an adoption because there were so many restrictions that the children’s birth countries imposed—most of them did not allow single parents to adopt. Another one told me as a single woman, I could only adopt a child of seven years of age or older, but I wanted an infant—I wanted the bonding to be complete when there was no one else present in the child’s life. Some other agencies did not even know whether I could adopt from Vietnam, as they rarely heard about it.

I felt discouraged and stopped all inquiries for months. Would there be a solution to fulfill my desire? I talked to my mother, who was now living with one of my brothers in Orange County, about my intentions. She was very troubled at first.

“Where can you find an infant from Vietnam?”

“I don’t know yet, but there must be a way I could find one.” I tried to sound confident.

“How can you take care of one when you live alone and work full time?”

I assured her I could do that, given the fact that I’d managed to accomplish a lot by myself. She knew if I was determined to do it, there was no stopping me. On subsequent visits, she didn’t even talk about it. I knew she still wanted me to get married and have my own biological children if possible, but I had abandoned that idea long ago.

“Are you sure you want to adopt?” she asked.

“I don’t see any other way for me to have a child. I’ve thought about this for months,” I said. She had known about my failed plan to get egg donation.

“You haven’t had any experience raising children, but I can tell you how much work it is”, she explained.

“I should be able to now that I no longer do night calls or work weekends,” I persisted.

“You will need to find very good child care.”

“There are nannies and daycare centers.”

“I am more concerned about the quality.”

I knew how important quality was. But I could not let those worries stop me before even trying.

My younger sister thought it was a daunting task but, knowing my determination, she wished me good luck.

I did not talk to my brothers; I knew they would not understand, let alone go out of their way to help me. But hearing all the doubt from people I talked to, I had to weigh my decision carefully. Would it be unfair to the child if I could not give her the best care? Would I need to give up some of my work to have more time at home? Would I have enough money for emergencies? Would there be moral support? I turned over the possible scenarios in my head, but my thoughts seemed to be blocked—I could not envision the dynamic of a family with a single mother and an infant. No matter, I had to move ahead, I told myself.

My sister Bich knew a priest, Father Trinh, who used to run a high school in Dong Nai where she taught in the 1970s, so she introduced me to him one day over the phone, and I told him how much I wanted to adopt an infant from my own country rather than from somewhere else. I asked him to keep his eyes and ears open for any possibilities. Lo and behold, several months later, he called me about a newborn girl who had just been given away by her birth mother to a convent near his parish. I asked if the nuns in the convent could send me a photo of the child, and it came a week later. I was drawn to the chubby face with large black eyes and a calm expression. I decided to meet her. Though the nuns said they would keep sending her photos as she grew, I wanted to see her in person; it was the only way to know how I would feel. Father Trinh introduced me to the nuns over the phone, and I immediately began to make plans to go to Saigon.

This is the journey of a young woman who was profoundly affected by the war in her home country of Vietnam. She was thrown into the tragedy of the collapse of South Vietnam in 1975, escaped alone to the United States and established her life here as a medical doctor. She struggled with the profound cultural shock, learned to grow and deal with the prejudices against her perceived unconventional lifestyle, and protected her integrity. The second part of the book is about the saga to adopt an infant from Vietnam alone; how she fought all the obstacles and the stigma of single motherhood in her culture to triumphantly bring the child to the US. In doing so, she managed to raise her child alone as a full-time professional and found happiness and peace of mind. A deeply moving, emotionally-harrowing tale of one woman’s journey of immigration––first as an emigrant to the United States from her home in Vietnam, next as a single woman striving to adopt a child from her native country. Ngan Ha ‘s remarkable story is a triumph, one propelled by the author’s dreams and fierce determination. ––Amy Friedman, author of Desperado’s Wife

Ngan Ha is a physician who practices in California. She immigrated to the US in 1975 from Vietnam after the war. She lives with her daughter in Orange County, California.