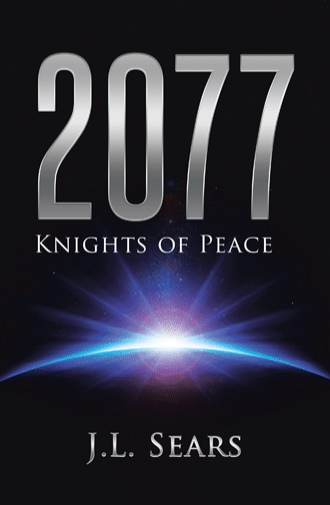 The path wound down into the early morning mist. He was going downhill without any load instead of uphill carrying stone slabs. Only part of one wall had been built and completing the hut was going to stretch his endurance, as it was meant to. At this moment he was exhilarated and was enjoying the sense of making progress with nothing to carry and with gravity working in his favour, although he knew that before the day was finished he would be sore and exhausted.

The triangular form of a transpod softly hummed into view out of the mist, moved towards him and hovered above.

He could of course end the Trial at any time. It would be so easy to make a signal to the transpod, be picked up and whisked away to the exit camp. That was the point – to make it easy to quit. If he did not have the will and stamina to complete the task, to build the stone hut, he would be lacking two of the qualities which a Knight needed. He would have to abandon the Trial and all hope of entering the Order. Such tests for entry into military forces, or advancement within them, had been used since ancient times. The Order was not a military one yet some of its techniques and culture derived in part from the fighting forces of the past.

As he descended into the mist he reflected that he was being tested only for endurance and the will to succeed, not for physical strength. The hut building exercise was geared to individuals and took into account the candidate’s innate muscular power. The more muscular the person the bigger the hut they had to build and the heavier would be its component materials. Knights needed to have quickness of mind and body, empathy, ultra-alertness and humility to be effective. When physical strength was needed they had bionic technology to assist them. Unaided physical strength was sometimes useful but the proportion of Knights having powerful muscles could be left to chance; the other qualities were in general more important to the completion of missions and only the most frail of applicants would be rejected on grounds of insufficient muscular strength.

The transpod tilted slightly, glinting in the sun as it broke through the mist, and sped off across the valley, at a level just above the lingering layer of white fog, then lowered itself to where another stone hut was being built. This one was at the critical three walls stage. He had heard that if you got that far you would likely be on the verge of giving up; but if you started on the fourth wall you would probably finish.

This was the last of the tests that made up the Trial. Previously there had been mental ordeals to test reaction times, empathy, lateral thinking, logic and mental speed. These he had been able to prepare for and he felt fairly certain that he had reached the required standard. The neuronic coaching and stimulation games worked well.

Suddenly the transpod on the other side of the valley ascended. Earlier he had been able to make out the shape of a person near the two walls that had already been constructed and on the previous day he had seen a figure traversing a path leading down from it. Now he could see no such figure and suspected the candidate had been taken away in the transpod after giving up and he felt a pang of sympathy.

The remaining mist was dissolving into filaments across the valley as the sun climbed. The descending path ended by a large pile of thin stone slabs which had been deposited by a roboworker. He heaved one onto his shoulder and started back up towards the hut site. All the candidates had been taught by the invigilator the correct way to lift, carry and set down a stone slab. He had also taught them how to build the walls of the hut, fit pre-cut beams into the pre-drilled holes and screw on the wooden roof.

It was not only for the Trial that the huts were constructed. They were meant to serve as places of retreat where a Knight could meditate between missions and were becoming a familiar sight in many parts of the world to pilgrim trekkers who could use them for shelter or prayer.

He almost staggered up the path and felt like having a rest half way but knew from the previous days of lugging stones that this would only make the job harder. Once he stopped he would find it very difficult to start again, especially if he sat down. Besides, there would be the extra energy expended in lifting the slab to shoulder height after the rest. The best way was to keep on and fall into a rhythm. That was how he had managed on the previous days. Yet it did not seem to be getting any easier. The sun was feeling hotter than yesterday, the sweat was seeping from his body and he was becoming dehydrated. He would have to stop for a drink from one of the bottles placed on platforms at intervals along the path.

After drinking the water he began to feel slightly faint and knew that he would not be able to pick up the load again. He would have to have a proper rest and cool off or he would collapse. The only shade was on the north facing slope opposite; so he made his way down to the stream flowing along the valley floor and moved up towards a rock overhang where he could rest.

Another transpod appeared; or was it the same one he had seen earlier? It had been patrolling the valley and as he half expected had spotted him. It landed near the overhang and the driver, a girl with auburn hair he recognised as being part of the selection staff who had met him on arrival, got out and walked gracefully towards him. She had an air of strict professionalism combined with caring sympathy.

‘How are you?’ She was bending over to feel his brow and a strand of her hair touched his face.

‘Just having a rest from the sun.’

‘Are you sure you don’t want to give up? You look very tired.’

‘Well, just flexcom me if you need help.’ She smiled and returned to the transpod.

If he gave up now he would be treated sympathetically, allowed to rest in comfort and gently told that he was not suitable for the Order. Alternatively, he could persevere and in doing so subject himself to days of suffering made worse by the possibility that he could still fail the Trial. He had chosen the latter. Why?

Youth throughout history had been more susceptible to fashion than were adults and there had always been a tendency to idealism and adventure. Since its recent formation, the Order of the Knights of Peace had been very much in fashion. Its objectives of world disarmament by force but without violence, including often visually arresting live coverage of commando raids on the telepresnet, both appealed to the young and had the approval of their elders. You could join the Order and immediately feel respected, if not admired, in whatever capacity you entered, whether as a frontline Knight or as a support worker.

Yet it was more than fashion or peer pressure. In the decades leading up to and following the Cataclysm the world had changed in both a material and a spiritual way; and the Knights were part of this transformation in both senses.

He decided to eat his sustenance pack and rest for the next two hours. By then he would have recovered some energy and be ready for further lifting, carrying and building until dusk, when he would move down into the shelter of the valley and switch his smartsuit to ‘night’ mode for sleeping comfort.

The Knights of Peace must defeat those inflicting violence on a peaceful society, but their code forbids them to cause personal injury. Their mission is to intercept and destroy all forms of weaponry, explosives, and ammunition worldwide.

As Roscoe Finley joins the Knights and embarks on his first mission he sees how belligerent groups are disabled by destroying their ordnance and arresting the ‘dominophiles’ who lead them. ‘Sociodynamics’, GM bees, spyflies, countenance cognition, martial arts and holographic figures are used in defeating the enemy without inflicting injury. However, Roscoe learns from Father James that spiritual enlightenment is the only way to lasting peace.

At the same time, Roscoe is confronted with a very different kind of conflict, as fellow novice Eric Reed competes for the attention of Isla, an expert in the breaking of quantum codes. The love triangle is broken as a fourth person appears…

Meanwhile, the Servants of the Seven Seals, a religious cult, threatens to bring about its own heretical version of the End Times, and the Knights can’t stop it without help from an unlikely agent.

This is a gripping tale of adventure and romance in a futuristic setting interwoven with spiritual reflection.

The author followed a career in publishing, in which he persuaded several hundred scientists worldwide to contribute mini reviews in their specialized areas of research to a central pool of knowledge, a major asset for those developing silicon chips and other semiconductor devices prior to the web. In 2009 he became a Christian and wrote 2077: Knights of Peace during his journey.

He lives in Hertfordshire, England, was recently widowed after thirty-nine years, and has two adult children. His interests include writing a blog, following science, reading, gardening, walking, listening to all kinds of music, and playing the guitar.