Resilience in the Face of Adversity 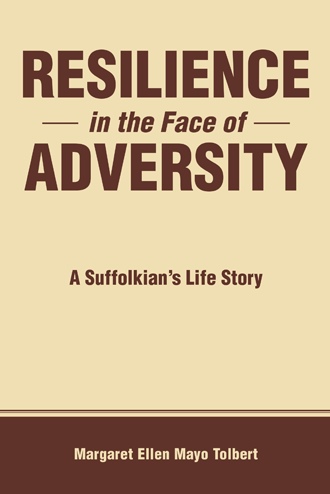 I have had good and bad times in my life. I initially began documenting them—my upbringing, my personal struggles and joys, and my professional accomplishments—to share with my son and grandchildren. I wanted to record the details of my life's journey before the “door closes,” as so often happens unexpectedly. However, I soon learned that writing about oneself is a journey in itself, forcing me to reflect on long-ago decisions and their long-term impacts. I realized that, with a little more work, I could serve a broader goal: inspiring others pursuing their own journeys. Like many people, I spent my childhood preoccupied with the family I was born into, the neighborhood, and school; and my adult years with professional accomplishments as well as family of my own. For me, however, the path from one to the other was much longer, and harder, than for many. My path was strewn with obstacles—rocks that tripped me up and quicksand threatening to mire me down and suck the spirit right out of me. That path began and ends at extremes: At the beginning, a poor Black girl in segregated southern Virginia, orphaned at an early age, just trying to keep my shoes patched, avoid the switch, and get enough to eat. At the other end, an accomplished African-American scholar with three degrees, credentials in science and education, jobs in which I contributed to the advancement of science and growth of the nation, and the mentoring of others pursuing similar professions. Missing from my early years in the small town of Suffolk was the freedom to play, learn, and grow up free of fear and weighty adult responsibilities. Instead, I endured violence, segregation, discrimination, lack of educational opportunities, and premature domestic obligations. I went to schools and used drinking fountains in the downtown area designated for “Colored” people. I began working before I got to eighth grade, and assumed responsibility for my younger sisters and brother before I reached my teenage years.

Despite this rough beginning, I found the strength of will and perseverance not only to survive my home life, and take care of my siblings, but also to excel at school, make connections, and become the first in the family to pursue higher education. I attended a predominantly Black university at a historic and violent period of emerging civil rights. Through a great deal of effort, I ended up at an Ivy League university. All of this effort paid off during the following four decades, during which opportunities continued to unfold—opportunities to contribute scholarship and proud service to my country and personal support to many of its people. In 1987, as I stood, straight and tall at the Birmingham Branch of the Federal Reserve Bank of Atlanta to accept a national award for distinguished service as a director of that Branch, I reflected on how far I had travelled in my thinking as well as my circumstances. That transition—and thought pattern—continued throughout the following decades, and is the theme for this book. Though some good luck and some incredibly good samaritans were strewn along my path, I believe that my ability to achieve professional prominence against overwhelming odds was largely due to two factors. The first was an aggressive pursuit of education. The second was merely a choice—a decision to improve my prospects, and the fortitude to persevere in that choice. When I think about the path that I took in my journey through life, at times I am filled with pride and joy at what I have achieved. I have served as researcher, scientist, university faculty member, director of national programs, director of a national laboratory, wife, mother, and grandmother. I have traveled widely. I have delivered speeches and advised governments. At other times my thoughts are filled with “what ifs.” What if my parents had lived longer? What if my relatives had turned away me and my siblings? What if I had been more careful in my relationships? Sometimes I wonder where I gained the ability to find peace within myself, and the wisdom to avoid conflicts that I would have lost, people who would have been negative influences, and situations that would have been unproductive. Despite my wondering, however, I realize that I never seriously doubted my ability to overcome difficult circumstances. I merely decided that’s what I was going to do. Although there are always many options, it is possible to make thoughtful and informed choices. I am fortunate that most of my choices advanced my career and my life in general. It has taken a long time to reach this point in my life, at which I recognize that my attitude and choices served me well. Despite the years, some of the memories, especially of major events and decisions, are still vivid.

Although others have written about me during my professional years, this book is about my entire life, from my perspective. It is about hardships, triumph over adversity, and successes. In the following pages, some of what you read may seem far-fetched. Could it really have happened that way? It could, and did. In my mind, the past is clear but often disturbing. I do not wish for the “good old days.” I am happy to live in the much-improved “here and now.” I invite readers to join me on the mental journey from past to present—a journey that for me has been most cathartic.

My hope is that readers will benefit from hearing about the way I have lived; that they will learn from my actions and decisions, and be inspired to persevere through their own trials until they, too, achieve success.

In the words of Booker T. Washington, a man I greatly admire: “I have learned that success is to be measured not so much by the position that one has reached in life as by the obstacles which he has overcome while trying to succeed.”

By that measure, my accomplishments should have a place at the top of the charts!

Here, then, is my story—about what it takes to choose a path from darkness to light, to employ the power of the human mind and the resources of community for the betterment of self, and, in the process, move from ignorance toward enlightenment.

In her revealing autobiography, Dr. Tolbert describes how she overcame the obstacles that threatened to derail her aspirations for a sound education and professional career. From humble beginnings—surrounded by dirt roads and segregated schools, left orphaned and penniless at an early age—she chose a path of hard work and diligent study that lifted her out of poverty, despair, and ignorance.

In an era of tense race relations, and despite numerous stumbling blocks, Dr. Tolbert rose to prominence as an African-American scientist, educator, and administrator—often in positions traditionally held by males. She eventually became:

Her journey, however, was no “crystal stair.” In publishing her tale, Dr. Tolbert affirms our human ability to survive the unexpected, rally against adversity, and charge ahead on a path to personal accomplishment. She is a strong role model with an inspirational message for others struggling against overwhelming odds.

Dr. Margaret E. M. Tolbert is a biochemist and expert manager of complex science and engineering programs. She has experience in academia and the private and federal sectors. Working in these sectors has enabled her to address diversity issues at local and national levels. She has published scientific and non-scientific articles and books and has served as a speaker at conferences and universities. Additionally, she has completed several tours of duty in foreign countries. For her significant contributions to society, she has received numerous awards.